Back in Braddock: Brew Gentlemen Returns After A Pandemic-Era Hiatus

The brewery will now offer more types of beer, light fare and retail options in its front room. 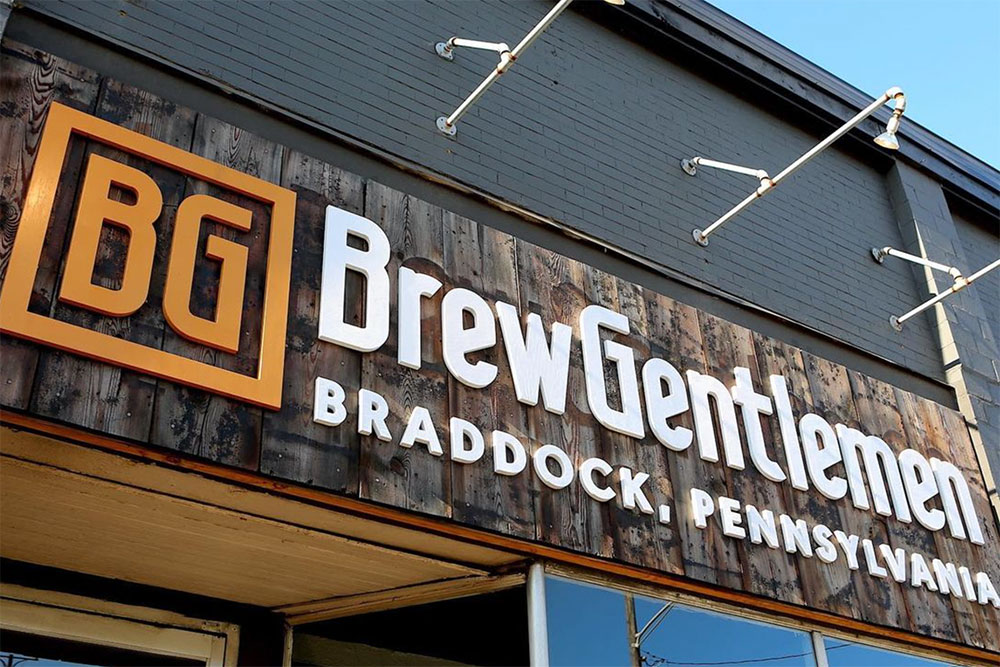 After spending the summer at Downtown’s Allegheny Overlook pop-up park, the hop heads at Brew Gentlemen are returning to their Braddock tasting room this weekend after almost two years — and guests can expect a lot more than their favorite IPAs.

The reopening weekend will feature three days of casual celebrations from Friday to Sunday, kicking off BG’s renaissance with ample opportunities for guests to eat, drink and be merry in the newly renovated space. They’ve tweaked the bones of the building with new walls, new floors and a new HVAC system, and the front room will now serve as a retail space where guests can buy their favorite BG beer in cans.

The brewery’s homecoming will be more of a laid-back event at which guests can sip some beer, grab some cans to-go and take a tour of the production space, says co-owner Matt Katase.

“Everyone’s ready to come back. Because of the way the space is designed now, there’s a little bit less seating and so this opening weekend — we called it Open House — is going to be a little bit more limited,” he says. “We’re not going to be doing growler fills, but we’ll still be able to drink beer, take beer to go.”

The Open House will welcome visitors from 3 to 7 p.m. on Friday; noon to 7 p.m. on Saturday and noon to 5 p.m. on Sunday. Starting Dec. 22, Brew Gentlemen will be open during regular hours — barring the upcoming winter holidays. 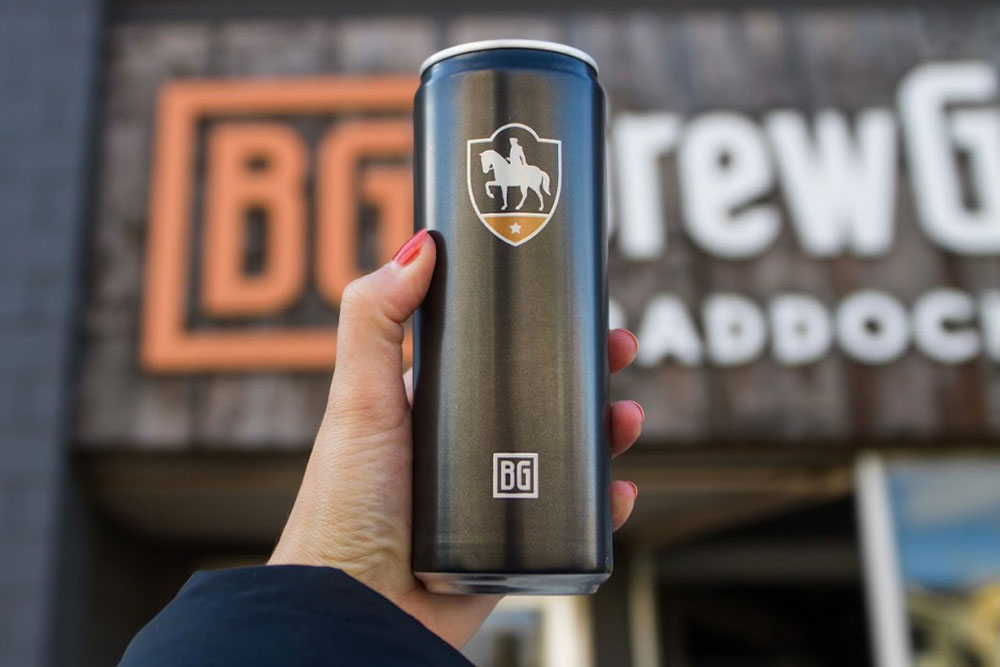 Moving forward, BG will have a wide variety of beers on tap. Its opening draft list will include its flagship Pittsburgh IPA General Braddock’s; traditional lagers like doppelbock, altbier and pils; hoppy styles like Mammoth, its winter double IPA; and crowd-pleasers like White Sky, BG’s chai wheat beer.

The brewery will also serve snacks from other small businesses, such as Fet-Fisk Royal Market, Salty Pork Bits and Mediterra Bakehouse — mostly pre-packaged light fare, charcuterie meats, cheeses and breads that will complement the beers on tap. (Although the introduction of food does mean the tasting room is no longer dog-friendly.)

This marks the first time in BG’s history that retail sales to-go, brewery tours and in-house drafts have been incorporated under the same roof. But the most exciting thing, Katase says, is just being able to welcome people back in.

Brew Gentlemen was one of the first breweries in the area to close its doors early last year amid growing uncertainty about the coronavirus, before any official lockdowns or executive orders went into effect. 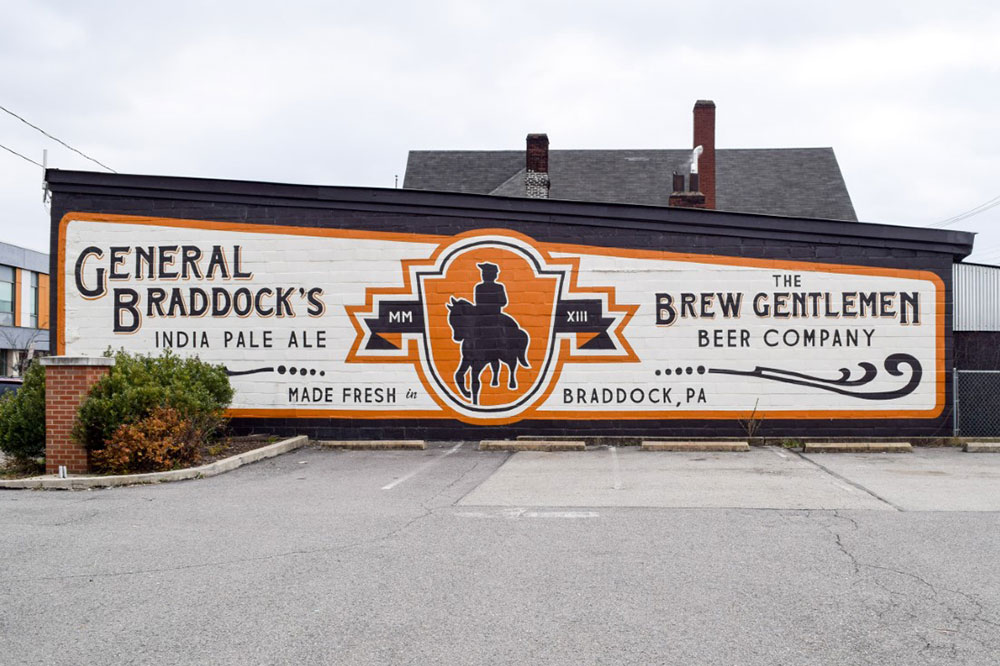 Throughout the closure of its Braddock tasting room, Brew Gentlemen continued to brew its beer daily, sending it all around the city through pick-up orders. According to Katase, it was the support of regulars and other beer vendors who bought BG cans to-go that helped the brewery make it through the darkest and most uncertain months of the still-ongoing pandemic.

“We’re absolutely grateful for all those folks,” he says.

Over the summer, BG had a pop-up beer garden at the Allegheny Overlook Downtown, in collaboration with the Pittsburgh Downtown Partnership. But the goal was always to reopen the tasting room, furthering BG’s goal of being a bridge between Braddock and the rest of the city.

“We never realized how impactful and how meaningful the space was to so many of the community members in Braddock,” Katase says. “Even … when we did the pop-up Downtown, it was like, we’re not open in Braddock but we’re bringing Braddock to the city. We hope all these customers who might not have ever come out to Braddock before will come once we reopen.” 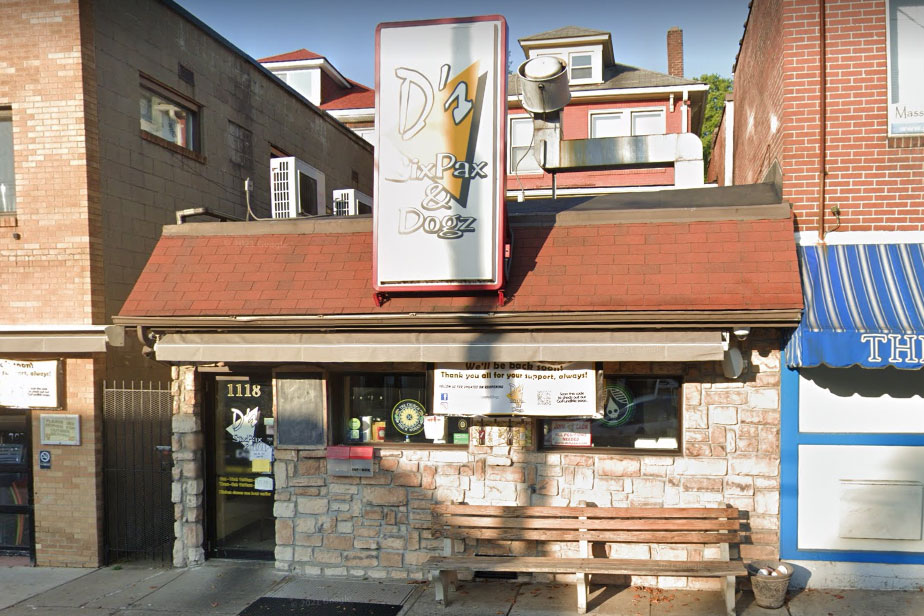 Also returning after a long hiatus is the popular D’s Six Pax and Dogz on South Braddock Avenue in Swissvale. The bar and restaurant have been closed since August by a fire that investigators say was deliberately set.