Baby Loves Tacos is (For Real) Open in Bloomfield

Owner Zachary Shell stuffs his restaurant with tasty bites as he aims to fulfill a broader mission. 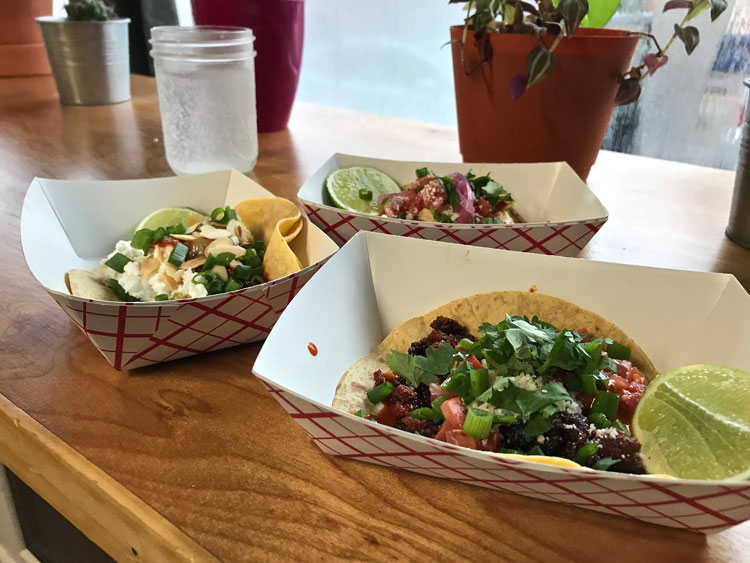 Zachary Shell didn’t intend to have a long-running, semi-underground restaurant. But he sure made the best of an awkward situation.

For seven months, he ran Baby Loves Tacos as an in-the-know spot. Bloomfield locals and culinary adventurers learned of it through word-of-mouth as well as Instagram postings of hand-drawn menus written on items such as takeaway Chinese food menus, graph paper and Allegheny Health Department memorandum.

The health department notices were a nod to his efforts transforming the space that used to house Jim's Wraps and Subs into Baby Loves Tacos, which required Shell, who worked in Philadelphia restaurants for 17 years before moving back to Pittsburgh, to update an occupancy permit from 1988, followed by an updated health permit.

He thought it would be a straightforward process. There were a few variances he needed, but it didn’t take long to get his occupancy permit. Despite Shell’s efforts, however, he was left waiting several months for a health inspection that never happened. Until last week, when a representative finally showed up. "I think he thought I was going to think I felt like I was caught, but I was like, 'Hey man, I've been waiting for you for seven months,'" Shell says.

Shell’s menu is straightforward — a list of six main ingredients, half of them vegetarian, that can be built as tacos, burritos, rice bowls and salads.

Shell got into restaurant work while based Philadelphia. He was playing semi-professional soccer, with aspirations to go pro, and picked up a pay-the-rent job at an Italian restaurant. He grew enamored with the restaurant industry, and spent much of his free time dining around town. Eventually, his two passions would cross when Shell was recruited as a player in a primarily Hispanic league. "For ten years, I was the only Caucasian guy on the team. I was completely taken in by this community,” he says. 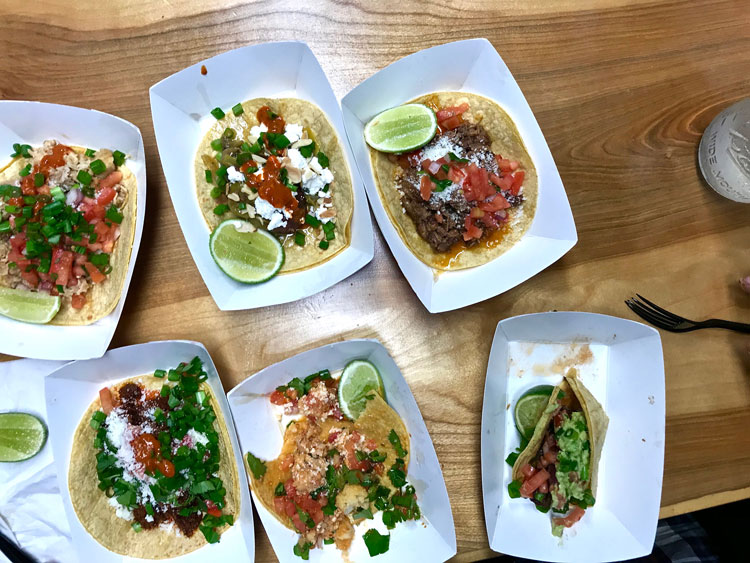 Shell says he’s aware he may raise some hackles as a Caucasian man opening a Mexican-influenced restaurant in Pittsburgh. "It's a touchy subject, cooking food that's from another person's culture,” he says.

"It's about who you are and what you're doing. Is it authentic to you? If I was trying to make cochinita pibil or roast al pastor on the spit, then that's [a negative thing]. This food is my take on some things, but it's based on my experience. It doesn't fit into a neat little package,” Shell says.

Spending time in Philadelphia’s Hispanic community and with restaurant workers — his last job in the city was as general manager of El Fuego —  keyed him into larger social issues such as wage gaps, lack of education and opportunity for healthy eating in low-income neighborhoods and systemic oppression of minority communities.

“The larger mission here is to create a restaurant group that provides a good, healthy work environment for people that don't want to get caught up in this cycle,” he says.

To that end, he’s mentoring kids through George Junior Republic, Youth Outreach Program in Wilkinsburg (where he has commissary kitchen for the bulk of his restaurant and catering food prep) and is planning on teaching cooking classes that will serve as a jobs training program. He plans to employ his mentees as his catering operation grows and as he adds more Baby Loves Tacos locations — he already is looking at a space in North Oakland.