We round up the Halloween-weekend double-features within haunting range of Pittsburgh. 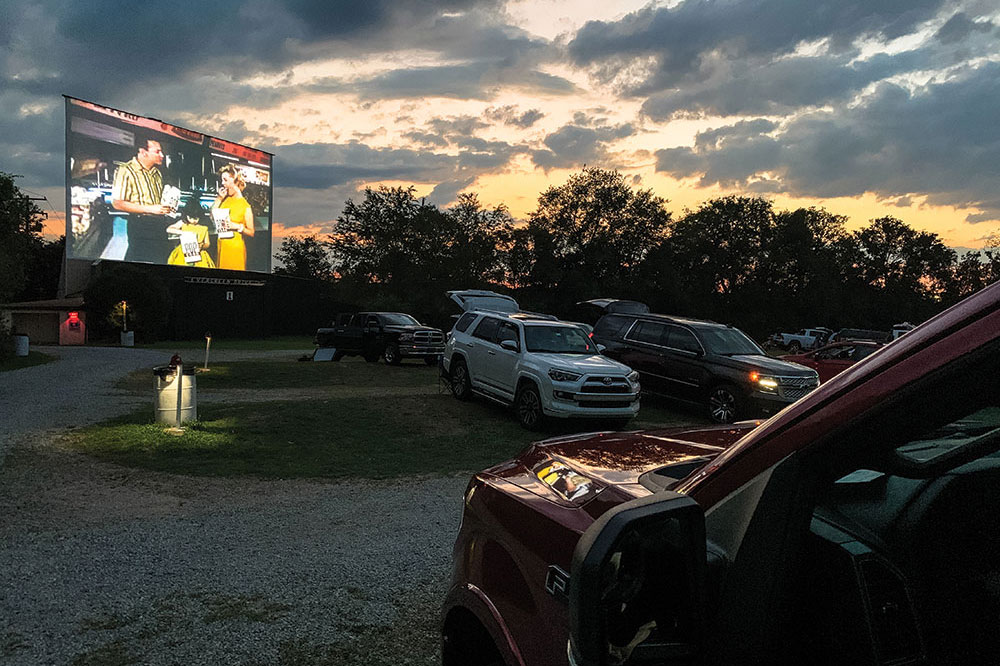 A crowded Halloween party isn’t a good idea this year. Gathering in close quarters and posing for endless Instagram pictures is not social distancing — and for pete’s sake, don’t bob for apples.

Fortunately, you can still make a night of it with a trip for some big-screen scares at a local drive-in theater. From the comfort — and distance — of your car, fill the evening with some favorite classic horror flicks, as well as some newer offerings. We assure you: When you can’t see what’s lurking in the back seat, things get much spookier.

Bring a mask, a blanket and an appetite — snack bars are open and ready to serve up some of the movie-theater favorites you’ve been missing. And you’ll probably impress the folks in the neighboring car if you come in costume. (Depending on how warm that costume is, though, you might want to consider a sweatshirt for showtime.)

Below, find a roundup of the Halloween-weekend double-features within haunting range of Pittsburgh.

Why mess with the classics? Revisit some of the most iconic horror films of all time, as well as some 21st-century thrills, with an evening of favorites at three local drive-ins. If you’re looking for the best overall pairing of the weekend, the nod goes to Riverside Drive-In in Vandergrift; it will open with the iconic 1978 classic “Halloween” before rolling another John Carpenter favorite, the Antarctic chiller “The Thing.”

At Evergreen Drive-In in Mount Pleasant, two screens will pair an all-time great with a big hit from the 2010s. Spend your night with two of Stephen King’s most iconic characters via a double feature of “It” and “Carrie.” (This would be the modern take on “It,” not the lengthy ’90s version.) Elsewhere at Evergreen, watch out for invisible terrors lurking in a pair of happy homes, as “Poltergeist” precedes “The Conjuring.” Look out for Pittsburgh native Zelda Rubenstein as the diminutive medium in “Poltergeist.”

Take Route 30 just over the West Virginia line and you’ll reach the Hilltop Drive-In, where you can get the full saga of Pennywise the Clown. “It” and “It Chapter Two” play back-to-back Friday through Sunday.

Would you prefer a fright you haven’t seen before? Dependable Drive-In, the closest outdoor theater to the city, has you covered. You can check out “Come Play,” a brand-new creature feature starring Mount Lebanon native Gillian Jacobs, paired with the 2012 teen Halloween comedy “Fun Size.” Dependable will also pair new supernatural horror flick “Spell” with the original “Friday the 13th.”

A bit farther afield, Skyview Drive-In — in Carmichaels, not far from Waynesburg — is a picturesque and inviting out-of-the-way destination. It has  “Come Play,” too, but is pairing it with the genre-defining 1984 hit “A Nightmare on Elm Street.”

Bringing the kids along for a night of gentle frights? Evergreen is still showing Disney favorite “Hocus Pocus,” which became one of the top-grossing movies in the country this month thanks to a theatrical re-release. It will pair it with the live-action “Addams Family” flick from 1991. (Dependable has “Hocus Pocus,” too, but it’s not doing an all-spooky lineup; it will play before the new comedy “The War With Grandpa.”)

Meanwhile, a pair of stop-motion scares take the screen at Skyview, as the musical favorite “The Nightmare Before Christmas” will be featured alongside Tim Burton’s “Corpse Bride.”

Get Dolled Up for a “Zombie Prom”

A late night of frights is on tap this Saturday at Starlight Drive-In in Butler, as they host a “Zombie Prom” event, with one ghoulish couple crowned king and queen. To pair nicely with the prom theme, they’ll be showing “Carrie” and its late-’90s sequel on their largest screen; other screens will show “Poltergeist” and “The Conjuring,” as well as a pair of more recent films, “The Curse of La Llorana” and “Lights Out.”

The cinema will be open Friday night as well, but without Carrie White (or the prom theme). They will show a monstrous pair of all-ages features: “Monsters, Inc.” and “Monster House.” This will be Starlight’s last weekend of operation until their Christmas event in December.

If you don’t mind a longer trip — and can stay awake well past the witching hour — you’ll find three great lineups, including a pair of triple-features, at Elm Road Drive-In Theatre in Warren, Ohio. (It’ll be about a 90-minute trip from Downtown, but if you live in the northern suburbs, it could actually be closer to you than some of the other drive-ins on this list.)

Hardcore horror fans can catch a trio of favorites not seen on any local screen this year: “Halloween II,” the later-that-night sequel to the 1978 original; “Army of Darkness,” the horror comedy spun off of the “Evil Dead” series; and “House of 1,000 Corpses,” Rob Zombie’s directorial debut. Another screen resurrects the three most iconic Universal monsters, showing “Frankenstein,” “Dracula” and “The Wolf Man.”