Oh, and the hot dogs are pretty good too. 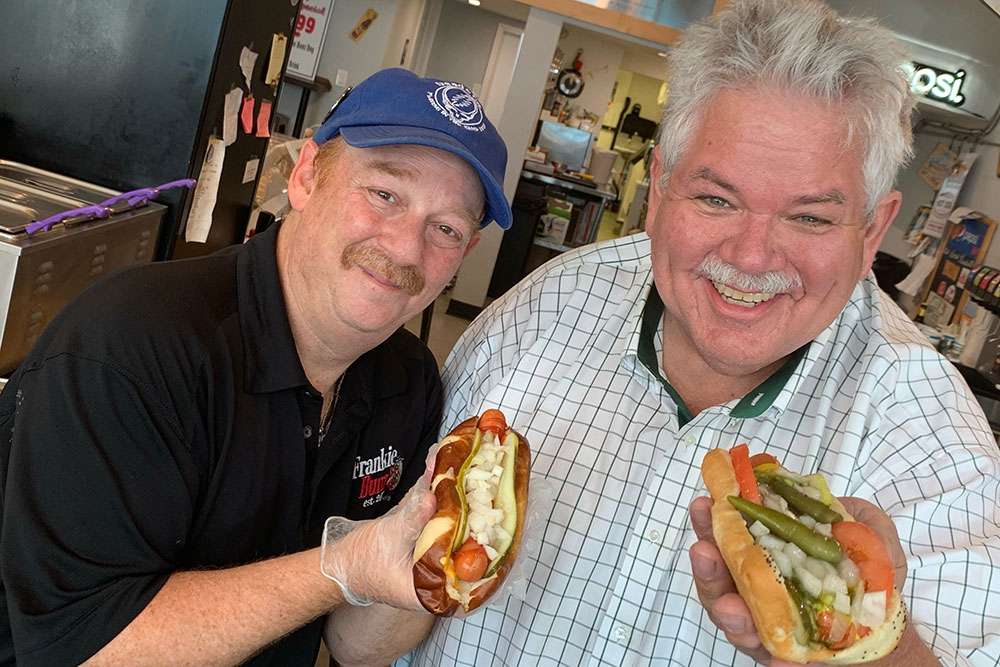 So, Frankie Bunz is a good little hot dog shop at 2108 Murray Ave. in Squirrel Hill, right next door to Aiello’s Pizza. Started in 2018 by two food-loving guys who graduated from Taylor Allderdice High School in the early 1980s, the shop has an admirable selection of specialty dogs with lots of toppings, or you can specify a B.Y.O.D. (Build Your Own Dog) with a choice of sausages and various buns. Or bunz.

It’s obvious that founders Eric Feldman and David Faigen know the importance of natural casing wieners — and a healthy sense of humor. 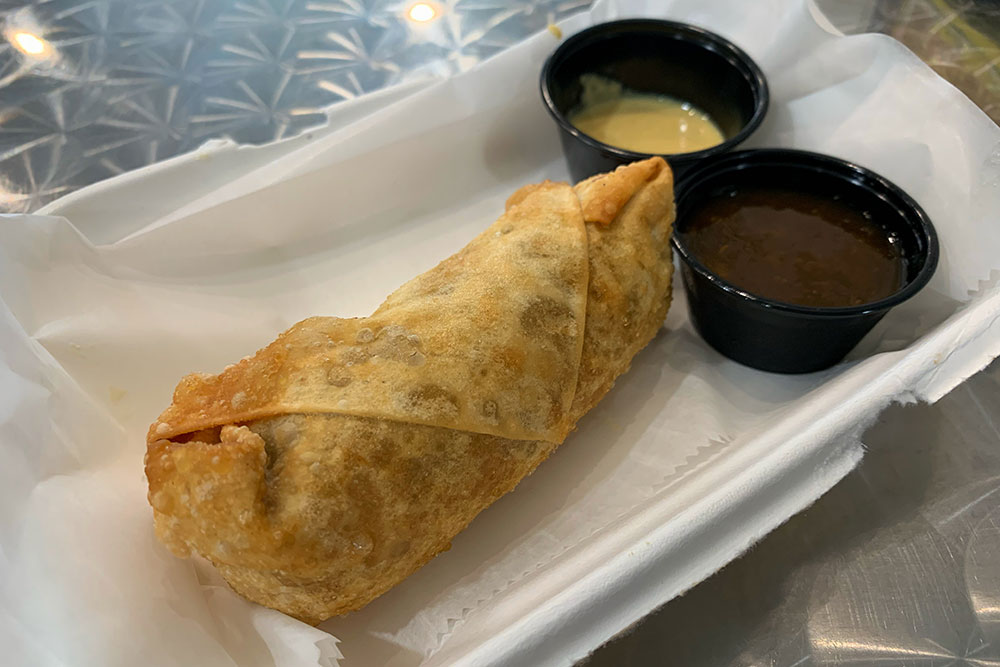 But even the first time I stopped there, Eric wanted me to taste their egg rolls. An egg roll in a hot dog joint?

He explained that back in the day, one of his buddies, Les Charapp, got his first job in the popular Chinese restaurant farther down Murray Avenue, the much-loved but long-gone Bill Ung’s Tea Garden; Les spent most of his time there making their famous “Best Egg Rolls In Town.”

Les would go on to study at the Culinary Institute of America in Hyde Park, N.Y., and work at LeMont, and he’s now a chef in Maryland. But he also taught Eric how to make the egg rolls, which they used to make for parties and friends.

Shortly after Eric and David opened Frankie Bunz, another old friend called and asked if he still made those rolls. Eric said, “Sure, I can.”

He filled that order, someone posted a photo on Facebook, and more orders started coming. Now they’re on the menu. 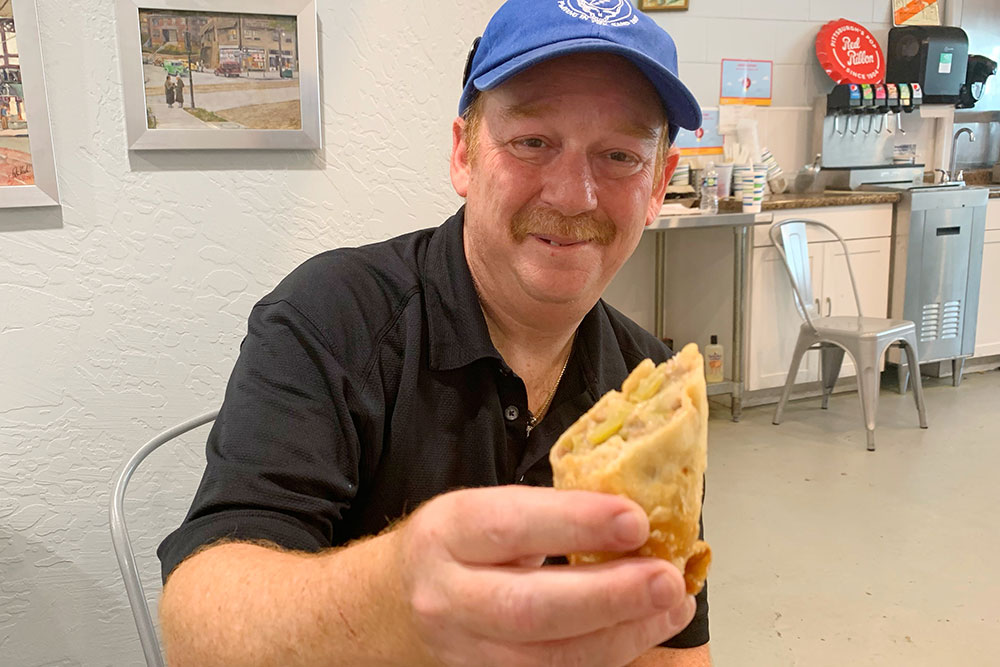 Eric makes pork-and-shrimp rolls, chicken rolls and will fill vegetarian special orders too. Other ingredients include onions, celery and water chestnuts, all held together with a “secret ingredient” that, he whispers, is “peanut butter.”

He makes his own very hot mustard and sells half-pints of duck sauce too to accompany the rolls. They still have a Proustian effect on Feldman.

“They make me remember Sunday dinners at the Tea Garden, even when I was in grade school. The best egg rolls.” 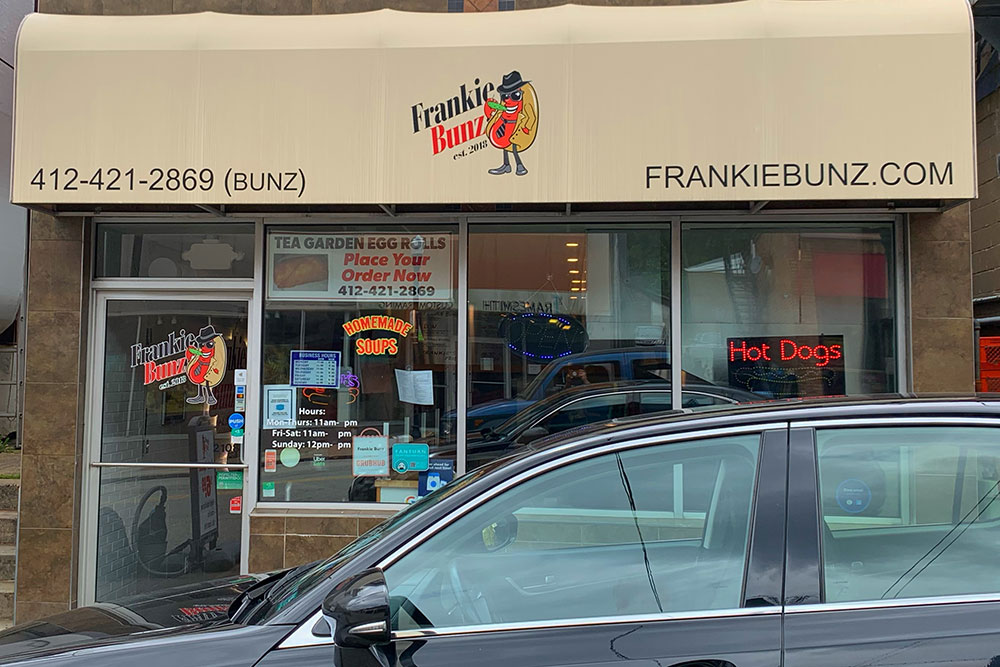