Andy Warhol’s Back in Court, Reminding Us That Creation Is Often Reinvention

Recontextualizing to create new art is a proud Pittsburgh tradition. 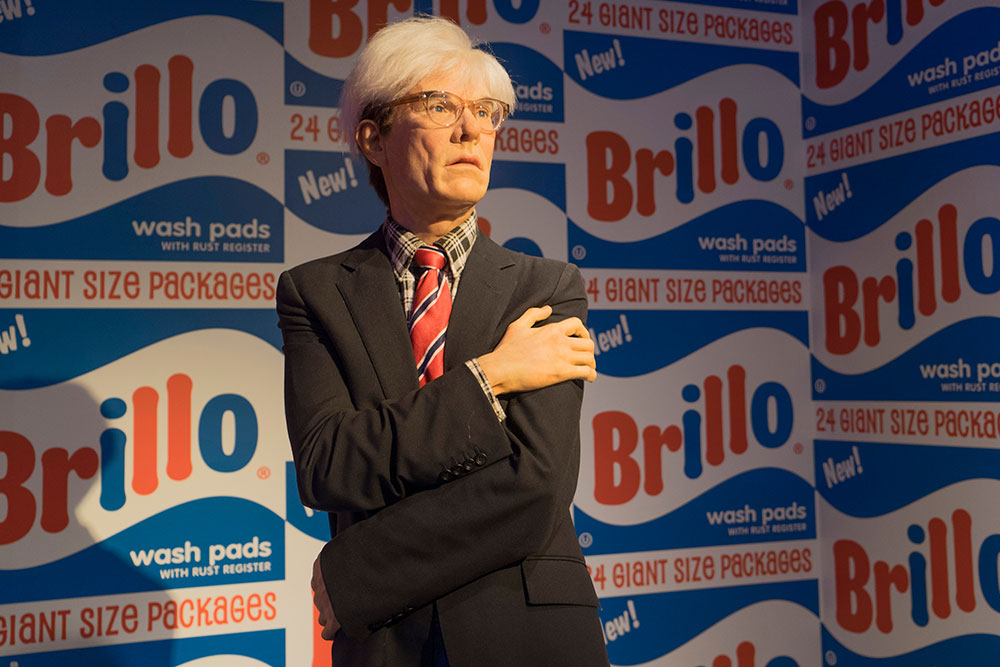 Andy Warhol has, as you may know, been dead for 35 years. (If you’d like to confirm this fact, there’s a 24-hour livestream of his grave; it’s typically adorned with Campbell’s Soup cans.) Nevertheless, the iconic artist is still managing to cause controversy.

Sometime in the near future, the U.S. Supreme Court will take up a case concerning Warhol’s portraits of Prince. The images, like many of Warhol’s works, take recognizable pictures of a celebrity and transform them through color, shape and shading; it’s a Warhol signature. In this case, though, the original photographer, Lynn Goldsmith, is asserting that Warhol’s work infringes on her copyright.

I can’t speculate on how the court will rule; from a legal perspective, I’m not sure how the labyrinthine system of copyright laws applies, in this (or, really, in any) case. But from an artistic perspective, I know this: Making something your own — responding to it, artfully and deliberately — is an important, and vital, part of creation.

Recently, I wandered into the gallery at 820 Liberty Ave., where a moving tribute to the late Pittsburgh artist Danny Devine is underway. Devine, who died last year, was a prolific and inventive artist, as the tribute illustrates; a wide variety of styles were reflected in his work, which was as likely to appear via graffiti on a city underpass as paint on canvas. (The exhibition continues through June 13, and I highly recommend it.)

In surveying Devine’s work, you’ll find a number of recognizable images and icons recontextualized and remixed, from the ubiquitous barnside ads for Mail Pouch Tobacco to the exterior sign at Armand’s Bar in Bloomfield. When Devine incorporated those images into his works — as Warhol did — there cannot have been any intention to profit off of an existing image. Besides being antithetical to the nature of visual art, it’s absurd; no one looks to Warhol for an accurate image of what Prince looks like.

Later this year, Girl Talk — the Pittsburgh DJ and producer whose albums are layered symphonies of samples — will release a new record, likely again incorporating beats, vocal samples and more from the entirety of music history. On Girl Talk’s albums, there may be a full verse, chorus or drumline from a recognizable song (my favorite part of his 2008 album, “Feed the Animals,” features the first verse and chorus of Lil Mama’s “Lip Gloss” layered over the ferocious drum solo from Metallica’s “One”).

Girl Talk’s music features the bones of existing songs, yes, but the skeleton those bones make has no relationship to their origins. This is why concepts like fair use exist; when you make something new out of something old, it’s not the old thing anymore. Just as no one expects a Warhol painting to replace the need for a photograph of Prince, no one will forgo listening to a Jay-Z song because they can listen to a few lyrics from it inside a Girl Talk album.

Andy Warhol, Danny Devine and Girl Talk are stark examples of a broader principle. Artists do not pluck virgin ideas out of the ether; they are inspired by a lifetime of influences and experiences, many of which are other things that artists created at an earlier time. There are people and companies that seek to truly steal the work of others and present that work as their own; it’s the role of copyright law to handle those situations. When artists are clearly creating, however, we need to celebrate and honor that — not litigate it.

I don’t know how the Supreme Court will rule when it comes to Warhol and Prince, and I won’t pretend to understand the intricacies of the case. But I know that art needs freedom to thrive; Pittsburghers keep proving that.

Anyway, leave poor Andy alone. He appears to be resting comfortably down in Bethel Park. We don’t need to wake him up and drag him to Washington.