The Strip District restaurant draws a diverse community to its nightly ifṭār buffet. 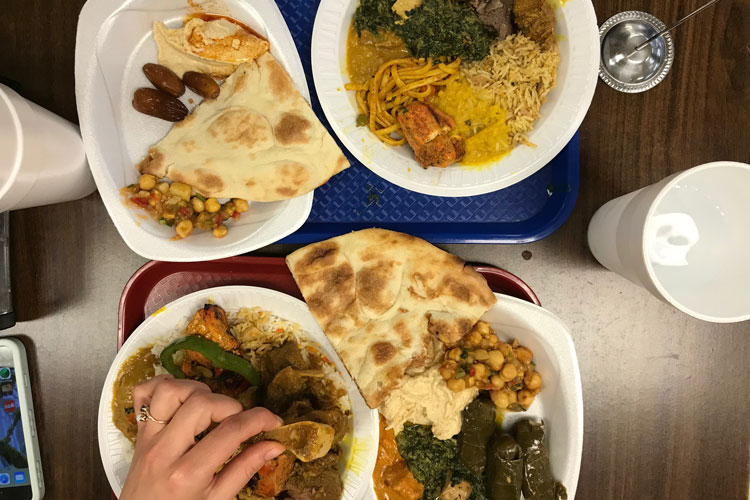 For observant Muslims, the month of Ramadan means abstaining from eating and drinking from sunrise to sunset. The daily fast is followed by a light snack, prayer, and then a larger meal often eaten as a part of a community gathering. For the past eight years, the staff at Salem’s Market & Grill in the Strip District has worked to broaden the reach of the meal, called ifṭār, to include a larger audience.

“Our community is everybody,” says owner/general manager Abdullah Salem.

Salem says that attendance for that the nightly all-you-can-eat buffet is approximately 50 percent Muslim and 50 percent non-Muslim. “People from all walks of life and all religions all come together here for our Ramadan buffet. The best thing about is that non-Muslims and Muslims are all sitting together all breaking fast at the same time,” he says.

The 20-plus item array is outstanding, and, at $16.99, a very good deal. The all-you-can-eat feast features some of my favorite dishes — spinach paneer and lamb curry, for example — plus other items such as roast lamb, haleem and a curry-laced spaghetti that aren’t on the regular menu. "Every year we tell ourselves we're going to keep the buffet going after Ramadan. It hasn't happened yet. But we'll see,” Salem says.