All Aboard the Real Life Polar Express

On the Cuyahoga Valley Scenic Railroad, train travel is its own leisure activity. 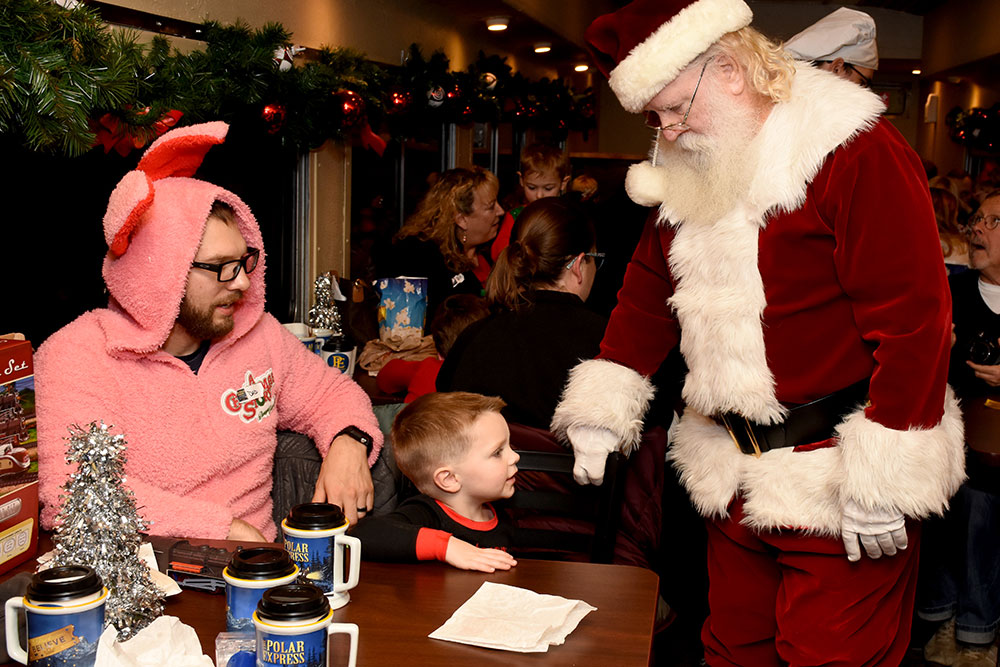 About 110 miles to our west, children are climbing aboard the Polar Express.

The beloved children’s book comes to life each November and December on the Cuyahoga Valley Scenic Railroad, a historic rail line that since 1880 has snaked through central Ohio. Today, the tracks run the north-south length of Cuyahoga Valley National Park, offering striking (and easily accessible) views of the nearest national park to Pittsburgh.

The train’s signature journey, the National Park Scenic excursion, ambles between the railway’s northern station (Rockside, in Independence, Ohio) and its southern outpost (in the heart of Akron). Along the way, the train stops at points of interest throughout the park, including charming Peninsula, which offers restaurants and bike rentals. A coach pass allows guests to hop on and off the train throughout the day. (Keep an eye on the clock, though; the number of back-and-forth journeys varies throughout the year. Don’t miss the last train.)

The ride also offers dramatic scenes of a sea of wildlife and foliage; look for a dam built by particularly resilient beavers and, seasonally, adult and juvenile bald eagles perched within a stone’s throw of the tracks. Natural and historic points of interest will be explained by an all-volunteer crew of guides (yes, they’re dressed in exactly the conductor outfit you’re picturing).

On the Polar Express rides, elves serve cookies and hot chocolate to accompany a reading of the classic story. It’s one of many special events aboard the train, including beer and wine tasting sessions, dinner service and — in an inevitable nod to Agatha Christie — murder-mystery rides, where passengers are given roles to play and clues to uncover.

Standard fare starts at $15 for the National Park Scenic excursion. Riders making a trip of it should consider one of the premium offerings, however, which boast luxury seating, better views and rides on striking, restored cars. The Upper Dome seating in one of the railway’s historic California Zephyr cars ($28 for an adult) will provide unparalleled views of the forest; springing for First-Class seating for Dinner on the Train ($105 per person, 21+) includes a four-course meal and complimentary bar service.

Fundamentally, however, the Cuyahoga Valley Scenic Railroad is more about accessibility than premium experiences. The train offers ADA-accessible cars, providing a journey through the park otherwise unavailable to those with restricted mobility. Young children can play and learn in the new “Edu-trainment” car. During warmer months, cyclists can use the train to travel between points in the park via the Bike Aboard program. (If you’re looking for the ideal day exploring the national park: Drive to the Peninsula station, rent a bike and board the train. Ride north to Independence and then bike south to your car in Peninsula via the park’s trail network.)

The Cuyahoga Valley Scenic Railroad is a lovely and peaceful way to see a national park, but its rarity and significance stretches beyond that. It brings a nearby treasure into focus in a way that should appeal to nearly everyone. There are few more worthy reasons to leave town and head for Ohio.