With anticipation of the upcoming feature film, this styled wedding photo shoot is full of “Downton Abbey” drama and elegance. 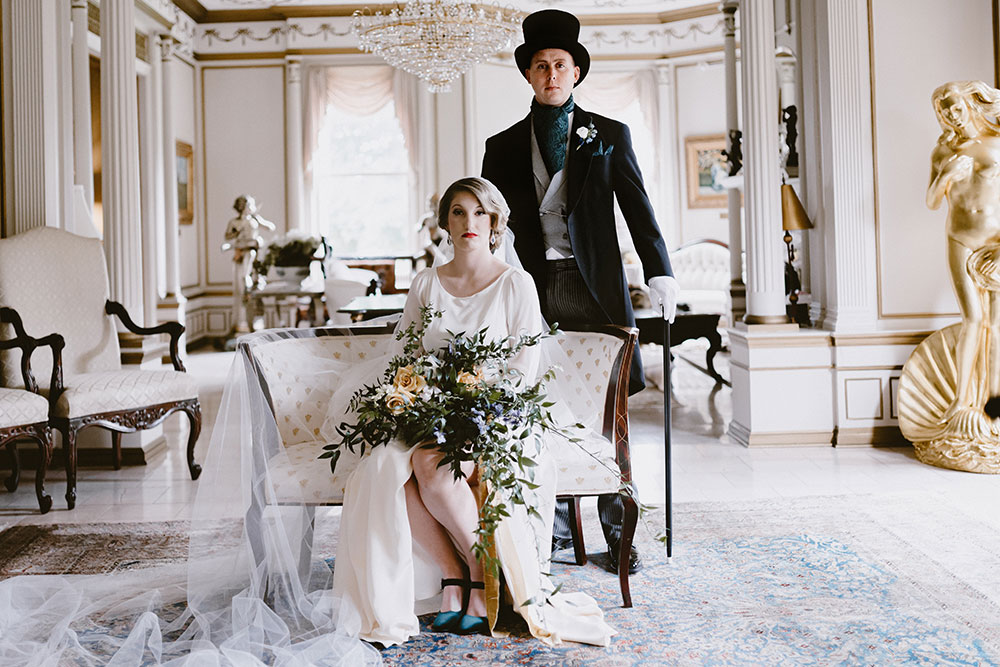 Local wedding photographer Jenn Edwards has long been a fan of the drama and love stories portrayed on the British historical period series, “Downton Abbey.”

In anticipation of the upcoming film that continues the Crawley family’s story, opening this week, Edwards approached local wedding planner Dara Baker. Together they produced a styled shoot that showcases the fashion and heart of the series. 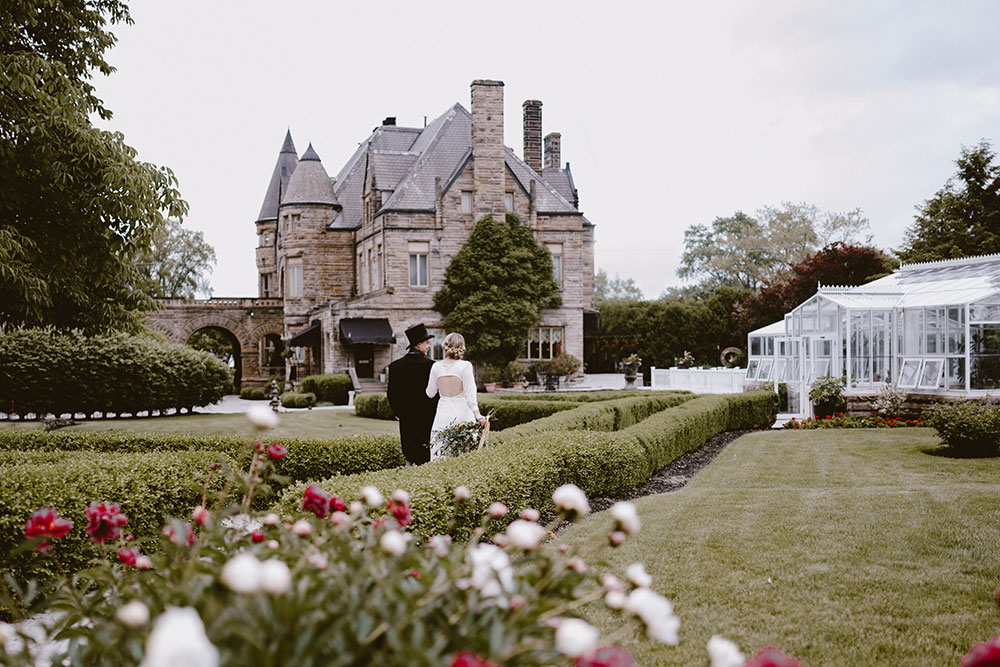 “Jenn is a huge ‘Downton Abbey’ fan and had the idea and explained kind of what she was thinking,” says Baker, owner of Bespoke & Beloved Events in Greensburg. “I had never seen the show, so I binge-watched all of the episodes after she had come to me.”

With Buhl Mansion in Sharon, Mercer County, as the backdrop, Baker and Edwards aimed to capture “the essence of the drama and the glamour” in the series as the bride, portrayed by Blaze Laboon, and groom, Anthony Windisch, “married” in a 1920s-inspired wedding.

“I think it was sort of that idea that, ‘Love conquers all.’ It is so cliche and I hate to say that, but it is kind of the theme of the show,” Baker says. 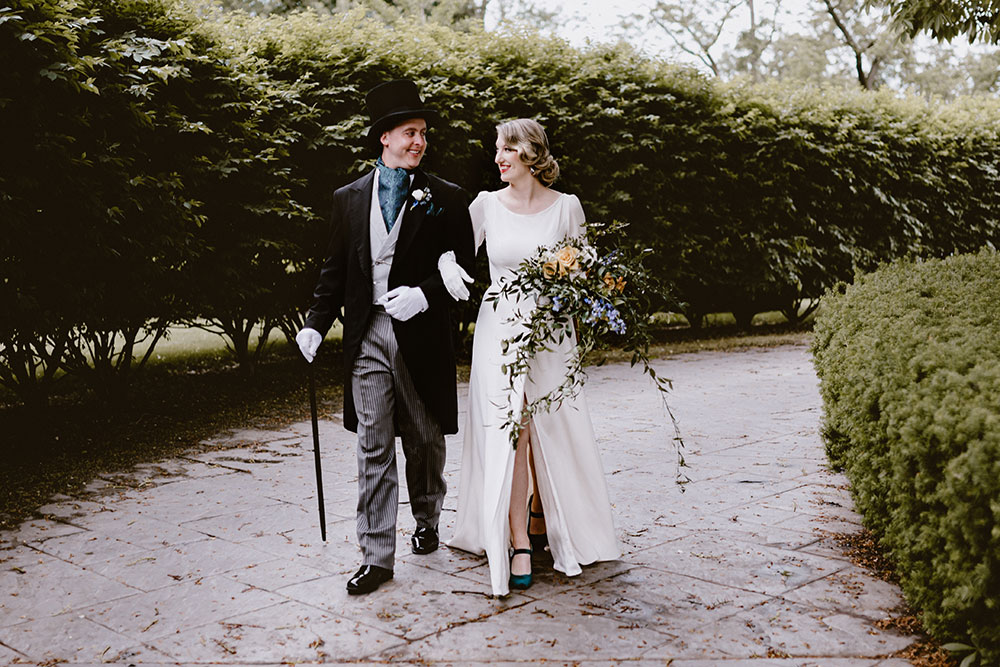 “In the midst of all of the family fighting and the horrible things that happen in that show, you know in the end love and family and friends and those connections are sort of what brings you through and that is what we wanted to sort of capture.”

The film will be set in the fictional Yorkshire country estate in 1927 as King George V and Queen Mary pay a royal visit to the Crawley family and stir up more drama.

Edwards and Baker created the shoot with the theme of being royal or in an aristocratic family in mind.

“We weren’t trying to recreate something that happened in the show. It was more of just the jumping-off point,” says Baker. “We really wanted to modernize it and bring it into today’s world and to a wedding that you would see today. 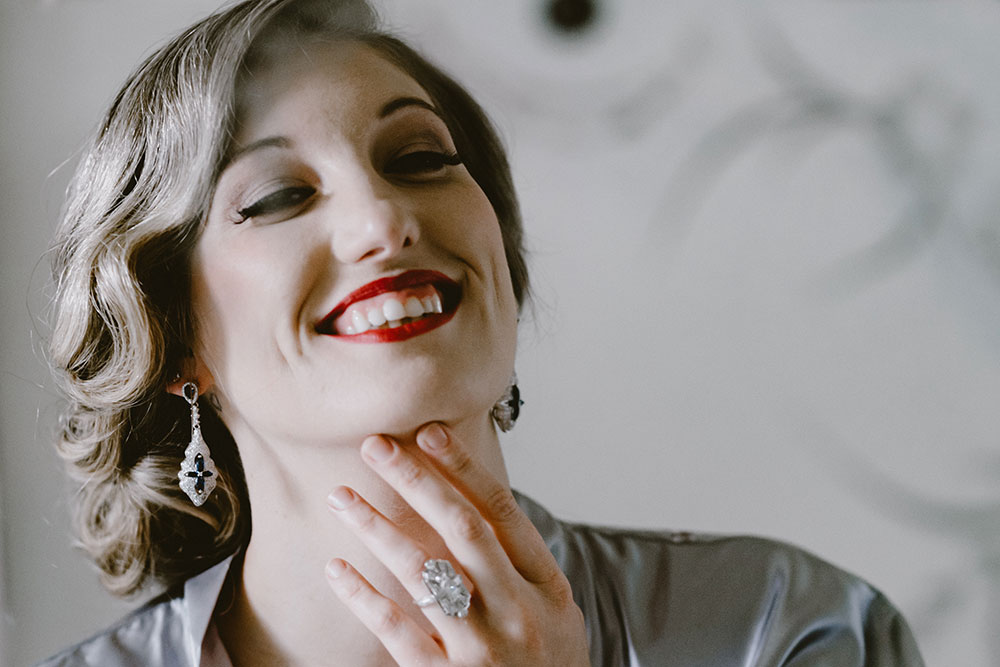 “I think the jewelry is where we really wanted to capture each perfect protocol within that world,” she adds. “Our model really, really resembles Edith [the middle Crawley daughter], I think, too.” 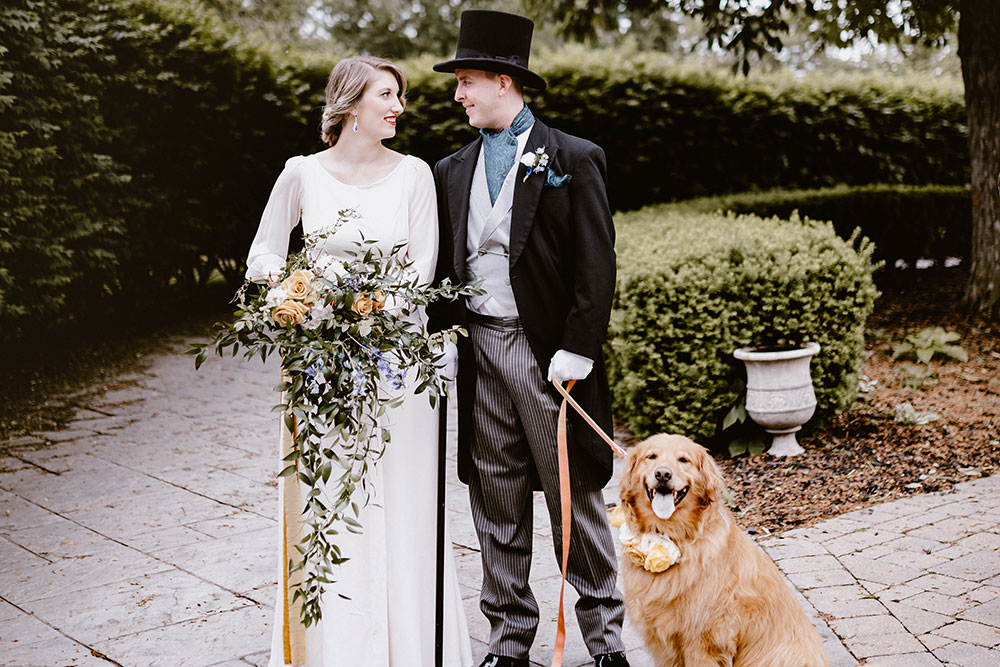 The pair also wanted to include two other aspects of the series. The first was a dog to represent Isis, Robert Crawley’s beloved labrador, that will play a bigger role in the upcoming film than she did in the show. Luckily for Baker and Edwards, the owners of Buhl Mansion had a very well-behaved golden retriever that took on the role. 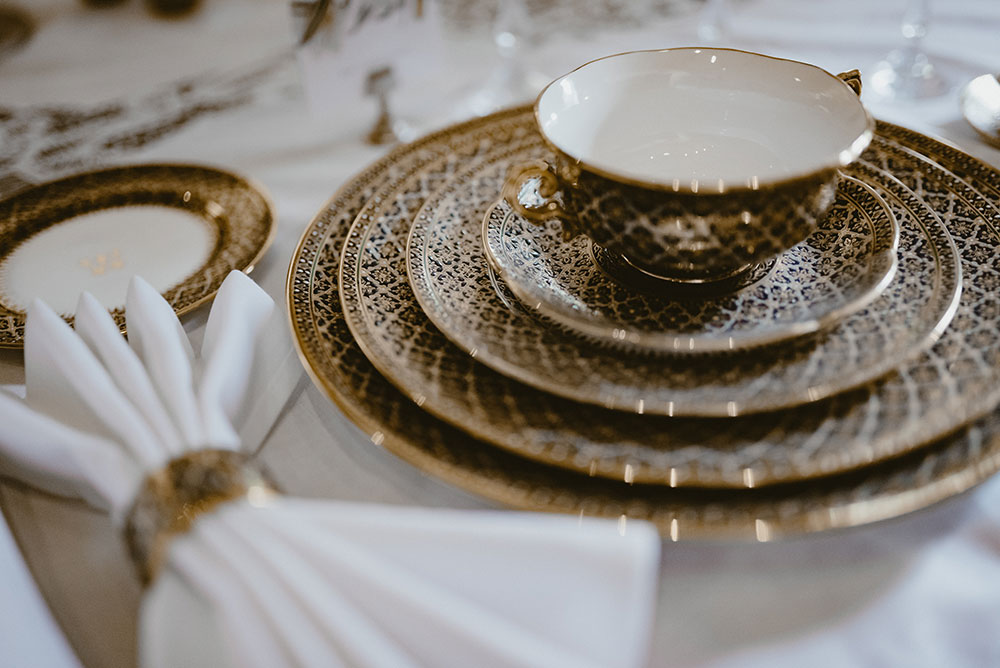 A second was a tea set. The set acted as not only an ode to Britain but also a key factor in capturing the elegance of “Downton Abbey.”

“It is always fascinating to watch the shoot come to life, and the vendors did such a great job of bringing it to life and it was exactly what I had pictured in my head. It was amazing,” says Baker.

This article appears in the September 2019 issue of Pittsburgh Magazine.
Categories: Beyond the Cookie Table, Weddings