A Look at the Latest Restaurant Openings in Pittsburgh 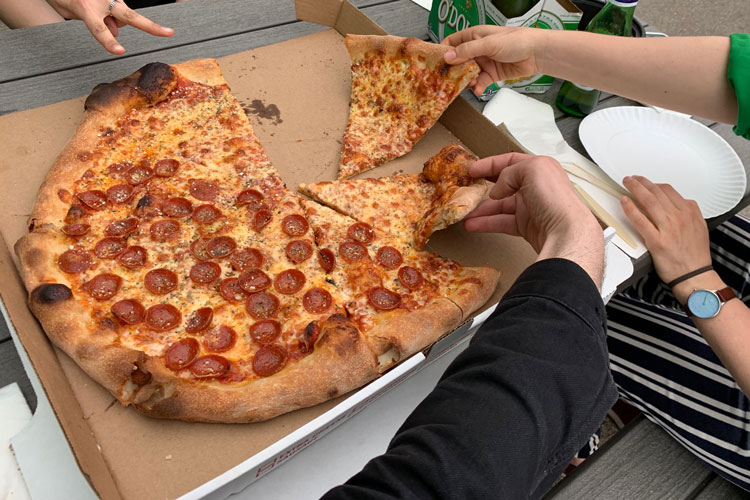 Cinderlands Warehouse
Following a complete overhaul of the former Spaghetti Warehouse space in the Strip District, Cinderlands Beer Co. has a opened its second location. Called Cinderlands Warehouse, it has a 15-barrel brewing capacity, which will allow head brewer, Paul Schneider, to expand his beer program while still keeping his classics available. The Lawrenceville location will now focus on experimenting with farmhouse-style saisons and aged beers. The larger space offers a full menu of elevated pub food (think fried pigs ears and banh mi) as well as a pastry program.
2601 Smallman St., Strip District; 412/209-1575, cinderlands.com

Dish Osteria and Bar
Pittsburgh diners were elated when Michele and Cindy Savoia announced in March that they would reopen their romantic South Side restaurant following a two-year hiatus. The couple took a sabbatical after 17 years of running Dish, but as many suspected (and fervently hoped), they’ve returned with some of their beloved Sicilian classics. The menu highlights seafood and pasta, complemented by a curated wine list. Be sure to try to make a reservation as the kitchen’s hours have been reduced.
28 S. 17th St., South Side; 412/390-2012, dishosteria.com

The Magic Noodle
Squirrel Hill added to its Chinese cuisine roster this month with the opening of The Magic Noodle. Hand-drawn signage featuring a pack of dogs heralded their opening. The menu offers dishes that are familiar to Western palates, such as scallion pancakes and pork buns, as well as a deeper menu, which includes chicken feet stew and preserved egg with tofu. Its namesake food —  noodles — has a section unto itself with several pork options as well as seafood, beef and chicken.
5829 Forbes Ave., Squirrel Hill; 412/518-7982, themagicnoodle.com

Pizzeria Davide​
Since opening DiAnoia’s Eatery in late 2016, Dave Anoia and Aimee DiAndrea have built an incredibly loyal customer base with a hunger for pizza. Anoia’s old world-style pie became such a popular menu item they limited the service hours for it, restricting dine-in during lunch hours and take-out-only three nights a week. Now, they’ve opened a pizza window on 26th Street. Pizzeria Davide serves two styles of pies — old world and New York, as well as a few speciality pies such as cacio e pepe and mortadella with truffle ricotta.
2551 Penn Ave., Strip District; 412/904-4139, pizzeriadavide.com

Which Came First
Chef Phil Milton, owner of Home in Smallman Galley, is serving fried chicken and more at his new restaurant in Federal Galley, Which Came First. Choose your preferred chicken permutation (thigh, breast, tenders or egg), and have it on a wrap, salad or bun. Flavor profiles include inspirations from Nashville hot chicken, General Tso’s and Cuban-style.
200 Children's Way, North Side; 412/517-6400, federalgalley.org