7 Alcohol-Free Restaurant Drinks That We Love

People may choose to skip pairing their meals with wine, beer or cocktails for many reasons, and there are delicious alcohol-free alternatives all around town. 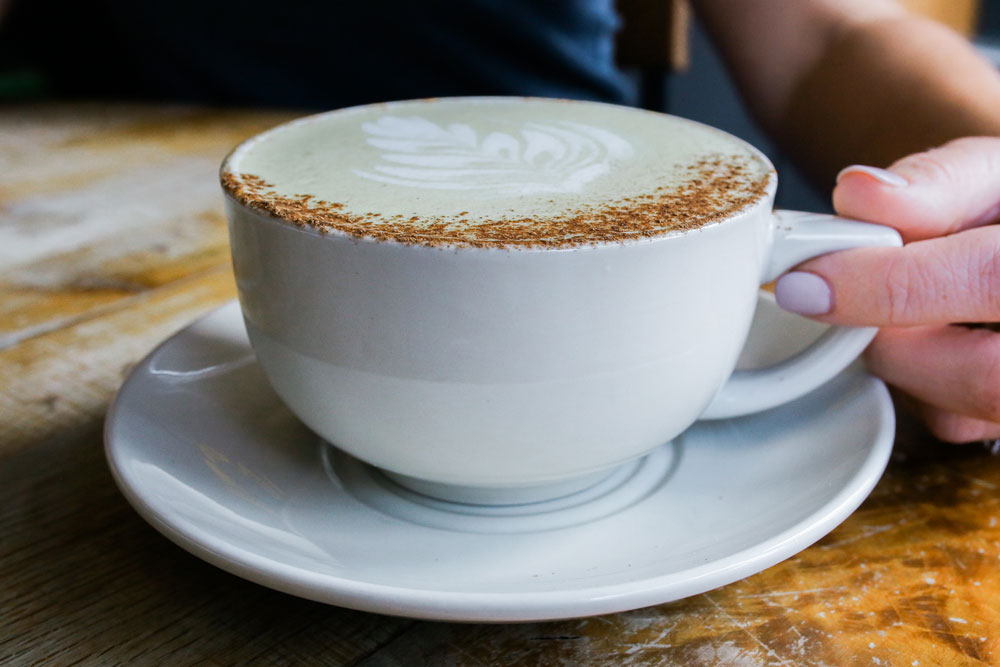 B52: Turmeric Latte
Golden milk latte, a westernized version of a traditional Indian beverage, haldi doodh, has since 2016 popped from vegan culture into the mainstream, primarily for the purported health benefits of its highlighted ingredient, turmeric. While the science behind rhizome, best known in the United States for giving curry powder its bright hue, as a cure-for-all-that-ails-you is debatable, the beverage is undeniably delicious. At B52 in Lawrenceville, head barista Kalie Frisky starts with a base of fresh turmeric juice, coconut oil, black pepper and cayenne. She adds the intense, aromatic base to frothed almond or oat milk and garnishes the cup with cinnamon. The caffeine-free drink is a warm cup of comfort, tugging at the heartstrings with an earthy, slightly spicy base from the turmeric and cayenne and an ethereal mouthfeel from the frothy nut-milk.
5202 Butler St., Lawrenceville; 412/781-5204, b52pgh.com 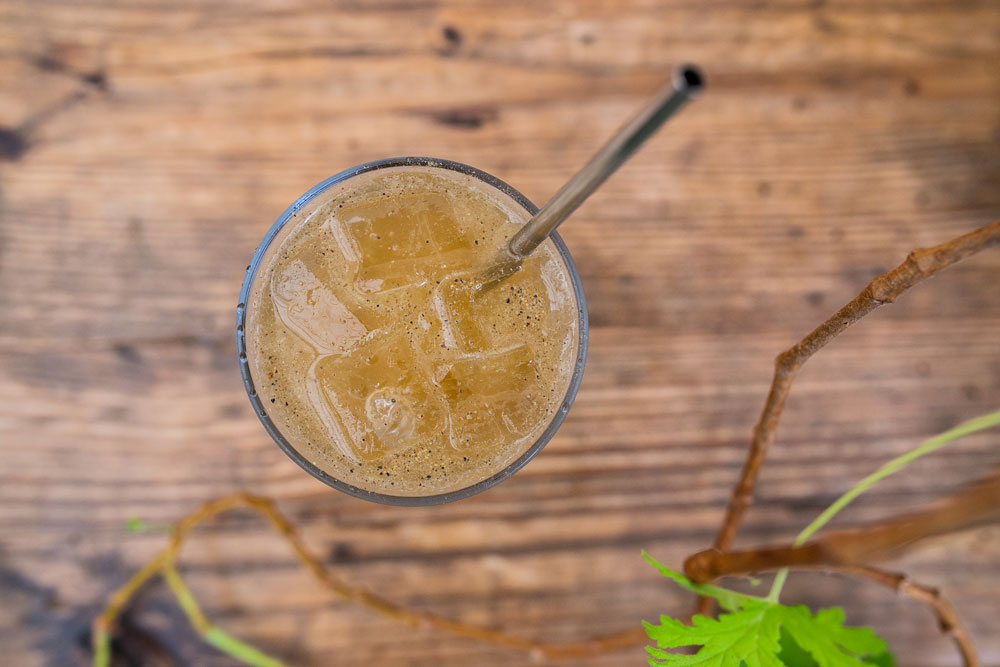 Apteka: Black Pepper Soda
The beverage program at Apteka in Bloomfield is designed to complement the Eastern European restaurant’s menu. To that end, the restaurant’s most-used spice, black pepper, plays a starring role in its mainstay non-alcoholic mixer — black pepper soda. The drink is a simple blend of black pepper syrup, lemon juice and sparkling water, which is drawn from Apteka’s in-house filtration and carbonation system. The peppercorn’s pungent flavor and aroma are noticeable but are less assertive than the name of the drink might indicate. Indeed, it’s a refreshing sipper that hits all the taste buds and pairs brilliantly with the restaurant’s pierogi. Apteka’s alcohol-free list also includes birch water from Belarus, which tastes like a forest in the spring; rye kvass from Russia, a matly, effervescent drink that is a perfect substitute for a beer; and teas and tinenes.
4606 Penn Ave., Bloomfield; aptekapgh.com 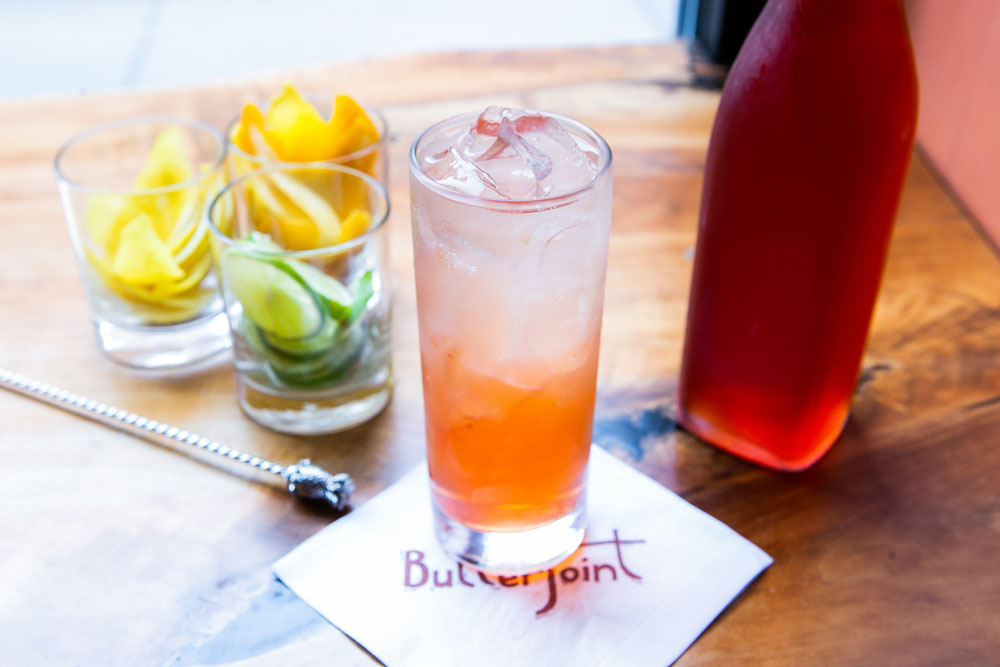 Legume and Butterjoint: Shrub Soda
The shrub — the drinkable one, not the low-lying perennial plant — traces its roots to English settlers living on the eastern seaboard during the Colonial era. To preserve fruit for the long winter, they turned to an ancient Arabic technique of keeping fruit in a sweetened acidic environment. Here, they used vinegar to keep the fruit from spoiling, thus crafting a beverage known as drinking vinegar. The popularity of shrub waned until the 1980s when a farmer in eastern Pennsylvania started making them; the drink took off in the early 2010s. Leading the charge was Legume and Butterjoint, where it’s been a menu staple since that time. Bar Manager Amanda Schaffner runs the shrub program now, macerating fruits such as peach, strawberry and apple in sugar for several days, and, after straining it, fortifying the juice with a blend of house-made barrel-aged vinegar and champagne or apple cider vinegar. If the idea of “drinking vinegar” strikes you as off-putting, give it a try — the mix of sweet, tart, sour and fruity is fortifying and refreshing and much better than any sugary fruit drink you might find.
208 N. Craig St., Oakland; 412/621-2700, butterjoint.com

Spork: Chicha Morada
There’s that adage, “When life gives you lemons, make lemonade.” At Spork in Bloomfield, it’s more like, “When gardener Jonathan Corey gives you Peruvian heirloom corn, make chicha morada.” Chicha morada is a pre-Columbian Peruvian drink made from maiz morado, an ancient variety of flinty, deep purple corn. At Spork, the corn is juiced and mixed with honey, lemon juice and cinnamon. It’s slightly savory, with cinnamon adding warmth to the sweet back-notes from the honey; it feels nutritive, too. The warm-season availability of chica morada is fleeting, but more is promised for next year. The bartenders often incorporate ingredients from Spork Garden into their drinks, so even if chica morada’s not around later this winter, it’s worth trying something else.
do5433 Penn Ave., Bloomfield; 412/441-1700, sporkpittsburgh.com 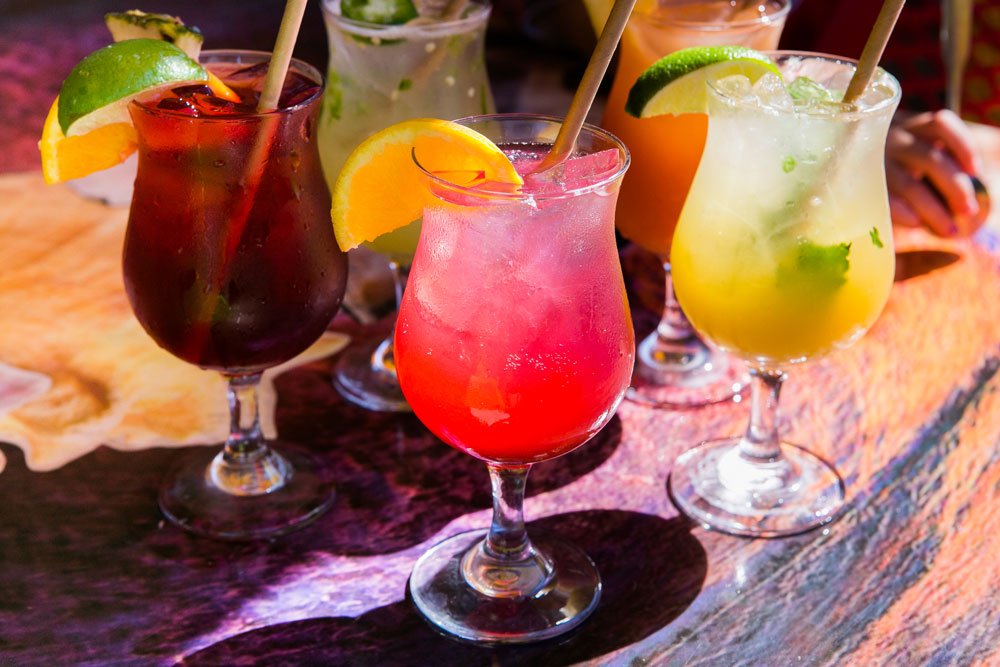 Kaya: Fernando Tonic
The big Burrito Restaurant Group starting creating and serving spirit-free cocktails long before the idea had pushed its way into the national consciousness, and Kaya’s bar team continues to lead the charge with a well-developed “non-alcoholic refreshers” menu that will satisfy most cravings. There’s a lively mix of lemon, jalapeño, agave and ginger beer called This One’s For Meg; a fruity sorrel tea with hibiscus, cinnamon, clove and sugar; and my favorite, Fernando Tonic. The stirred drink, served over ice, is a blend of sorrel, pineapple and lime juices, demerara syrup, tropical spices and tonic. It’s tart and dry and drinks like a refreshing cocktail.
2000 Smallman St., Strip District; 412/261-6565, kaya.menu 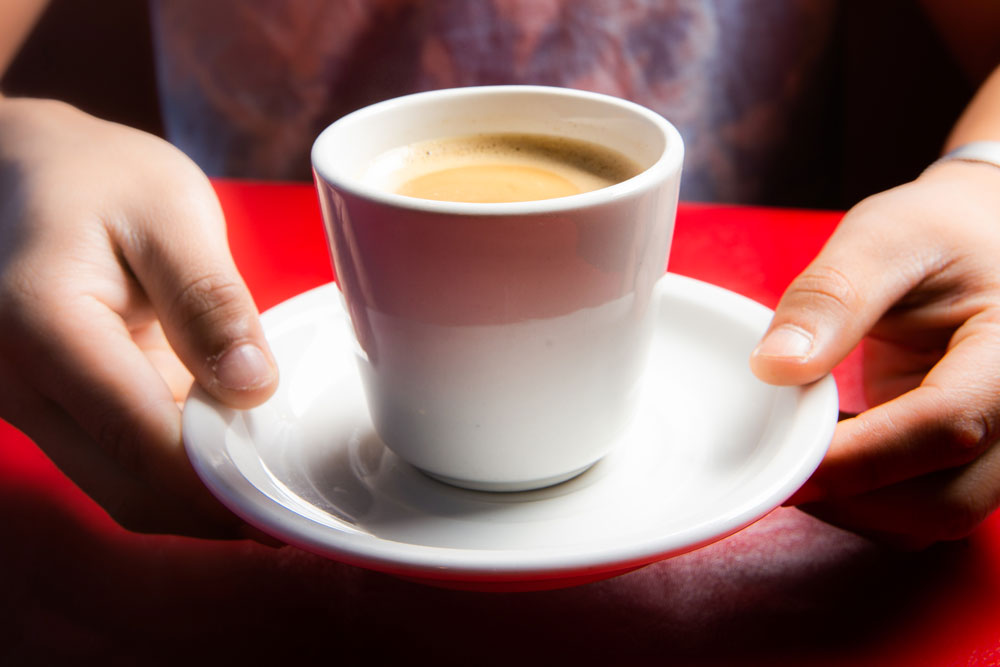 Everest Kitchen: Suja
“It tastes like drinking toast,” a friend said, delighted by the contents of the hot mug of suja at Everest Kitchen in Brentwood. The drink, also known as butter tea, is a savory take on a beverage that is most commonly consumed in the United States in a fashion influenced by British colonialism, where milk and sugar are the norms. Suja is a traditional Bhutanese beverage, and similar preparations are served in Nepal (where Pittsburgh’s Bhutanese refugee community emigrated from), Tibet and Himalayan regions of India and China. Typically, the drink is prepared by whipping yak-milk butter (cow-milk butter is used at Everest Kitchen) and salt with a robust and tannic brew of black tea. A cup of suja provides a cooling companion to the region’s often fiery cuisine. With energy-dense butter and caffeinated tea, it’s a perfect pick me up for a cold winter day, too.
4042 Saw Mill Run Blvd.; Brentwood; 412/207-9638, everestkitchenpa.com

Masala House: Mint Masala Soda
Mint masala soda at Masala House in Shadyside might very well be my favorite new-to-me drink of 2019. Based on a historic Hindu drink called jal-jeera, the effervescent beverage is as delightful as it is curative. At Masala House, it begins with a base of mint, green chili and sugar that is muddled with vinegar and lemon juice. That base is mixed with kala namak, also known as black salt, which ads a slightly sulfurous edge to the beverage, garam masala powder and sparkling water. The interplay of flavors — mint, for example, both highlights and softens the strong spices such as cumin and clove found in the masala powder — makes it a delightful accompaniment to the restaurant’s excellent menu offerings.
5102 Baum Blvd., Shadyside; 412/586-7655, masalahouseindianbistro.com