Plus, Jamilka Borges is back with a new cohort of outstanding chefs for the organization's annual fundraising dinner. 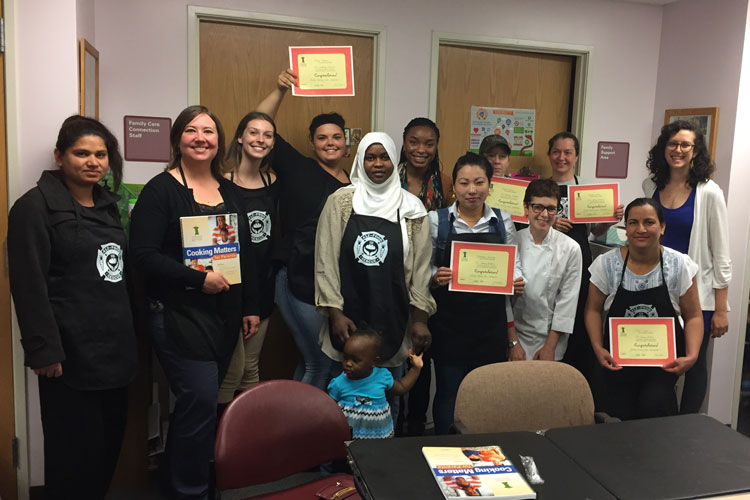 By the end of 2018, 412 Food Rescue, a Pittsburgh-based nonprofit which serves as a connector between surplus-prone food businesses and community organizations who serve the food insecure, aims to open 100 cooking schools in Allegheny County. These schools will serve to equip individuals with the skills and knowledge needed to cook healthy, nourishing meals with the food they receive through the efforts of 412 Food Rescue. This focus on food education comes alongside the organization’s commitment to, according to its 2018 Impact Report, “revolutionize the transport and distribution of surplus food.”

412 Food Rescue’s chief focus, since the organization was founded in 2014, has been food redistribution. It coordinates with the businesses who have surplus food and organizations who need food, and, through a network of volunteers, transports the goods between the two.

As effective as this system has been (over 4 million pounds of food redirected to date), 412 Food Rescue recognizes that the problem is more complex than simply access. According to its 2018 Impact Report, 47 percent of what 412 Food Rescue distributes is produce. While getting this fresh produce in the hands of those who need it is a good step towards healthy, nourished communities, it’s also important to make sure the people on the receiving end know how to prepare it.

This is why, in 2016, 412 Food Rescue began offering community cooking courses using the Cooking Matters curriculum from Share Our Strength, a national organization working to end childhood hunger. Each course lasts for 6 weeks, providing extensive education and equipping participants with the skills and knowledge needed to cook healthy food on a budget. To date, over 575 adults in the Pittsburgh region have completed the program.

“The first step to taking control of our health is education and awareness,” says Leah Lizarondo, 412 Food Rescue CEO. “Cooking Matters ensures that everyone has equal access to food education.” 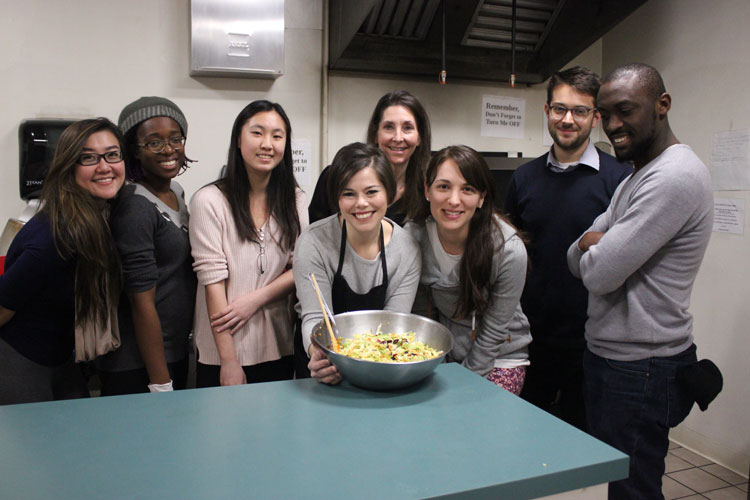 This year, 412 Food Rescue, with support from UPMC Health Plan, will be able to dramatically expand the reach of their food education program with the help of the Cooking Matters Curriculum Partner (Train the Trainer) program. With this program, 412 Food Rescue’s non-profit partners — the organizations receiving donations — will be equipped to implement their own cooking school programs, helping to educate the specific communities they are already serving. These cooking schools will be self-sustaining, operated by the partners themselves. The partners will be provided with training, resources, support and technical assistance. This hyper-local community education format will allow more people to be reached than 412 Food Rescue could educate on their own.

The first wave of nonprofit partners — over a dozen — were trained in April. Last week, two partner-run cooking school programs were launched, at Highlands Family Center in Tarentum and Duquesne Family Center.

According to Hana Uman, Senior Program Manager at 412 Food Rescue, the organization itself  will still have a hand in helping the nonprofits run cooking schools after the initial training — awarding mini grants for groceries and administrative/transportation costs, providing cooking equipment for each site, even offering their experienced volunteer instructors. 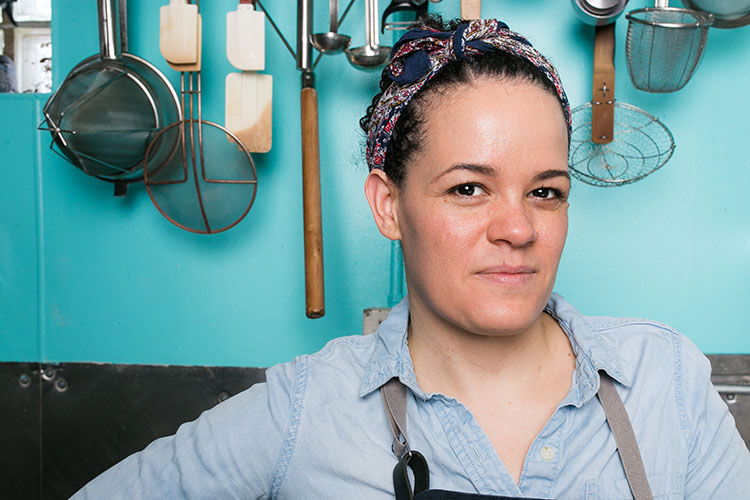 Jamilka Borges, Pittsburgh Magazine’s 2018 Chef of the Year and executive chef of Independent Brewing Company and Hidden Harbor in Squirrel Hill, as well as Lorelei in East Liberty, is set to host her third annual benefit dinner for 412 Food Rescue. “It’s one of my favorite events that I do. It’s a chance for me to connect to the day-to-day of what 412 Food Rescue is doing,” she says.

Borges is bringing in five all-star chefs from across the country for what’s billed as a sunday supper, which will take place on Nov. 11. Three of the visiting chefs have Pittsburgh roots: Jim Stein, executive chef of McCrady's in Charleston, SC; Bob Broskey, executive chef of Beacon Tavern in Chicago; Tim Ehlman, baker and chef of Perennial in San Francisco. “We all came up together. There was all this energy we had [in Pittsburgh] when we were young cooks. And we’ve all grown so much,” Borges says.

Rounding out the chef contingent are Annie Pettry owner/chef of Decca in Louisville, KY and Digby Stridiron, who is expected to open Braata in St. Croix, Virgin Islands later this year. The chefs and Borges will prepare a six-course meal, which will be followed by an ice cream bar collaboration between Millie’s Homemade Ice Cream and IBC/HH/Lorelei pastry chef Dianne DeStefano. Braddock-based Brew Gentlemen is donating beer if the event and entertainment will be provided by The Ruckus Bros.

The chefs plan to utilize rescued food as well as produce from Pittsburgh-area farms. “We can utilize this event to bring awareness to what they do. And we can show how you can turn rescued food into something special,” Borges says.

Preceding the dinner is a VIP happy hour during which guests will be guided through an interactive booze tasting experience. Sarah Thomas (Le Bernardin, NYC) will lead a Wine 101 class, Peter Kurzweg (IBC/HH/Lorelei) a Beer 101 class, Will Groves (Maggie's Farm Rum) a rum tasting and Spencer Warren (The Warren Bar & Burrow) a classic cocktail class. A selection of Pittsburgh chefs will prepare food for the happy hour.