PittGirl solves the mystery of why most ‘Burghers absolutely, positively refuse to run out of these three essentials. 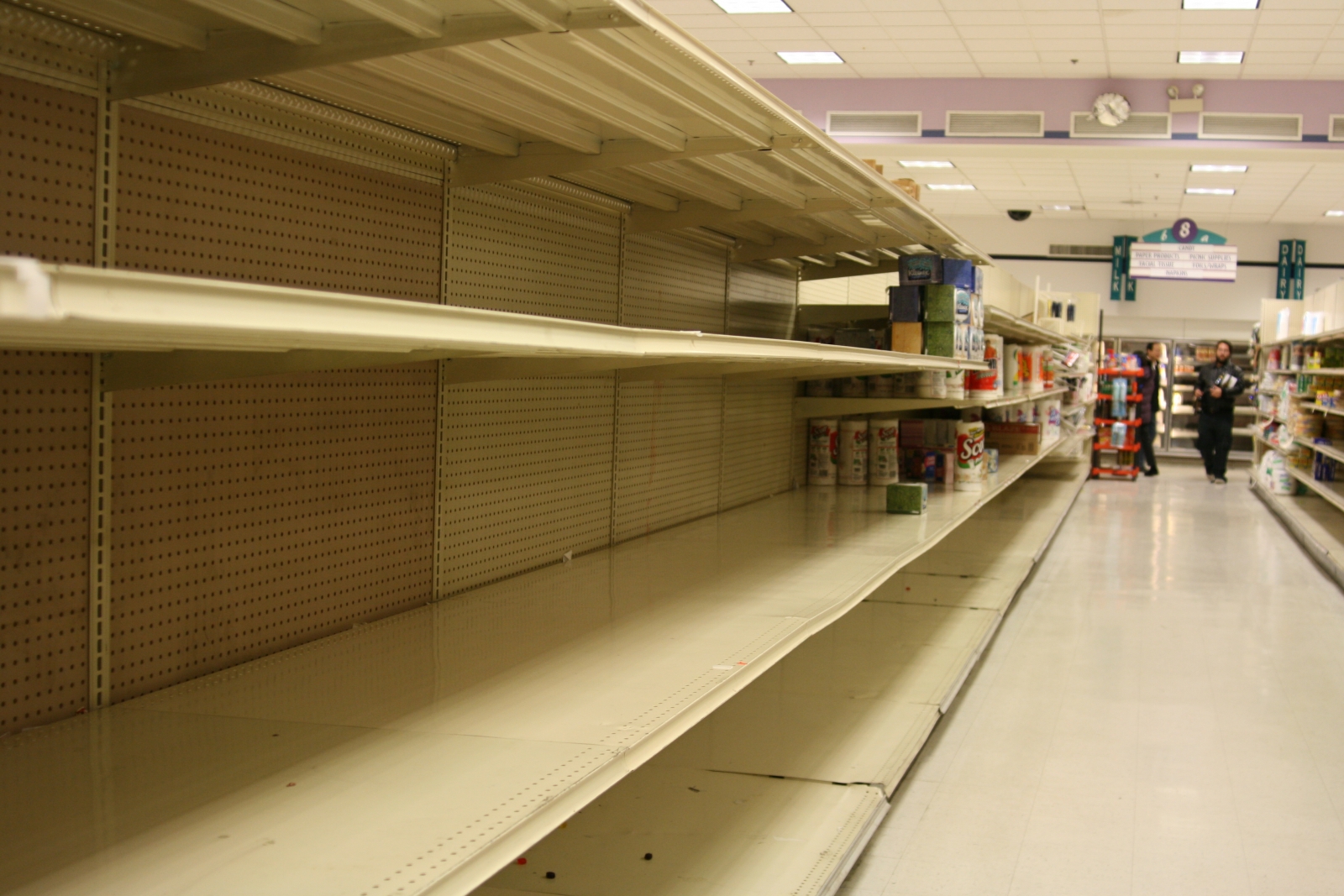 Editor’s Note: This was first published in Nov. 2014 but is just as relevant (and entertaining) today.

It’s going to snow? FOR THE LOVE OF GOD GO GET SOME MILK, BREAD AND TOILET PAPER.

It’s something we laugh about here in Pittsburgh — our penchant for emptying the local Iggles of their milk, bread and toilet paper as soon as we hear Jeff Verszyla breathe the words “snow accumulation.”

Why do we do this in Pittsburgh? Why do we fear a milk, bread and toilet paper shortage?

Why do we act as though running out of one, or God help us, all three of these items, will result in a postapocalyptic “Walking Dead”-type of scenario where we’re roaming the snow-covered streets, limbs aflopping, eyes dead, seeking out precious milk, bread and toilet paper?

Well, Pittsburgh, I think I solved this mystery, and you can thank my love of history.

With Buffalo currently buried under so much snow that the white stuff literally is busting in windows and doors all, “LET US IN. IT IS HELL OUT HERE,” I decided to do some research into Pittsburgh’s worst snowstorms. And it just so happened that yesterday my mother, who was born on Nov. 24, 1950, mentioned that the day she was born was the date of a truly awful snowstorm in Pittsburgh. (She is going to DESTROY me with verbal fire when she reads her birthdate on here.)

So I researched and, yep, Pittsburgh’s worst snowstorm began on Nov. 24, 1950, and would end with almost 3 feet of snow falling by the next day, despite an initial forecast of only 12 inches.

The locals, who had yet to come up with witty terms such as  “Snowmaggedon,” dubbed the storm “The Big Snow.” Creative!

Intrigued, I took to Google’s newspaper archives to hunt down the Pittsburgh Post-Gazette’s reporting of this storm, curious to see how the city reacted, how they dug out, how emergency services coped and how many days of school Pittsburgh kids missed. I saw this headline in the Nov. 28, 1950, edition of the Post-Gazette: 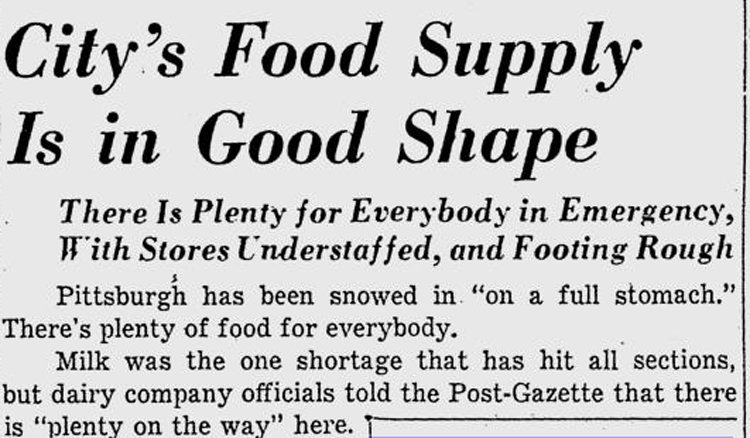 That’s good. Everyone has food.

But wait. Do you see that? “Milk was the one shortage that has hit all sections . . .”

MILK. Was the ONE shortage.

Then, later in the article, “Bread, which had been doled out in some stores . . .”

Bread. All doled out.

It seems, Pittsburgh, that I may have stumbled upon the birth of our pre-snow milk, bread and toilet paper-buying practices!

Those who experienced The Big Snow (™ the very creative ’Burghers of 1950) experienced a milk and bread shortage and likely from that point on were very careful never to be caught in a snowstorm without milk and bread. Now, I hear you . . . “What about the toilet paper?” Well, there’s this line:

I don’t know about you, but when I’m listing the things we NEED, if we’re going to be snowed in for the next few days, toilet paper is damn sure going to be one of them.

So those who had to venture out after the storm probably were grabbing some toilet paper and found the milk and bread aisles bare. When the next storm rolled around, regardless of the forecasted accumulation — they were wrong once; they could be wrong again — ’Burghers likely were proactive and said, “I’ll go get the milk, bread and toilet paper just to be safe” and did so for every storm thereafter. They passed that practice on to their children, so here we are in 2014, buying up all the milk, bread and toilet paper before any amount of snow hits.

This article appears in the November 2014 issue of PittGirl.
Categories: PittGirl

PittGirl: How You Should Grade A Squishy Tongue