From "Night of the Living Dead" to "Midsommar," there are plenty of opportunities for spooky cinema ahead. 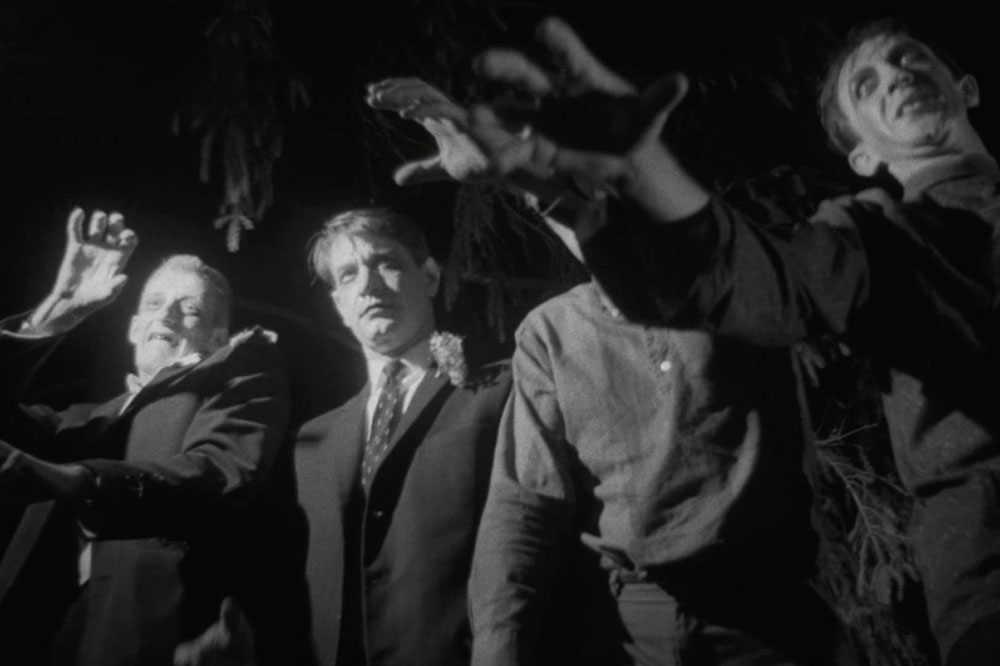 Halloween is the only holiday with its own movie genre. (That sound you just heard was the Hallmark Channel screaming at me.) The rich history of horror cinema stretches more than 100 years, and as devotees will gladly tell you, there’s always more to discover.

Fortunately, plenty of local theaters are providing the chance to revisit old favorites and experience underappreciated monstrosities this month. I’m pretty sure the following roundup is comprehensive, but I’d be happy to be proven wrong; if you know of any seasonal cinema events between now and the witching hour that I haven’t included here, shoot us an email.

The most loaded Halloween lineup in town can be found in Lawrenceville, where the annual Row House of Horrors series begins Oct. 18 and continues through Halloween night. There’s a relatively new entry in the horror canon headlining this year’s brood: “Midsommar,” the disorienting trip through a pagan camp by Ari Aster. Row House will present the director’s cut of the troubling film. Also appearing, in extended format, is “The Exorcist”; the director’s cut contains several controversial additions. Also appearing regularly throughout the two-week festivities: “Hocus Pocus,” “The Texas Chainsaw Massacre,” “The Descent,” “Candyman” and perennial local favorite “Night of the Living Dead,” which gets a beer-tasting tie-in on Oct. 27. One-off events include the campy ’80s flick “Chopping Mall” — trust me, it’s even weirder than you’d think — and Wes Craven’s “The Hills Have Eyes.” There are plenty of special event screenings included in the series, so keep an eye on Row House’s Facebook page.

Each Wednesday, the multiplex at the Waterfront offers an interesting throwback choice; most seats are just $5. They’ve been serving up spooky choices since early September, with three more to go before Halloween night. Tonight, the proto-Satanic Panic suspense classic “Rosemary’s Baby” gets a revival; on Oct. 23, a rare 3D screening of the Vincent Price creep-fest “House of Wax” is on tap. Halloween Eve gets a bit more into fantasy, but with plenty of nightmare fuel — watch out for the Gritty-esque “Chilly Down” — via the ’80s cult favorite “Labyrinth.”

As of this writing, the Romero Lives! film series is almost at its conclusion. Pittsburgh Filmmakers has partnered with the George A. Romero Foundation to show nearly all of the Pittsburgh-born genre master’s films, most presented with special guests. You still have time to put in an appearance, however. On Oct. 17, the theater will show “The Dark Half” and “Monkey Shines.” On Oct. 19, actress Christine Romero (also the director’s ex-wife) will be on hand for a screening of “Creepshow”; she’ll return the following night for the bizarre renaissance-festival drama “Knightriders.” While the concluding event isn’t horror-related, it’s quite a rare treat: Steelers legend Franco Harris will host a screening of “Franco Harris: Good Luck on Sunday,” a short documentary Romero made during the Steel Curtain ’70s.

That isn’t the whole story as far as Romero is concerned, however. The Rangos Giant Cinema at the Carnegie Science Center has been teaming up with The ScareHouse for a number of showings this month, culminating in a two-night revival of Romero’s most beloved feature, “Dawn of the Dead.” The feature, filmed in Monroeville Mall, will appear — in 3D — on the city’s finest screen. You’ve never seen zombies this big.

Squirrel Hill’s arthouse gem has kept the nearly-bygone midnight tradition alive with late-night screenings each Saturday this month. “Phantasm” will be the selection for Oct. 19; on Oct. 26, John Carpenter’s classic “Halloween” will be revived. The latter film isn’t just an annual must-watch because it’s named after the holiday; it holds up perfectly well and is very well-suited to in-theater viewings.

Prefer to enjoy a morning meal with your (tame) frights? The Oaks Theater will present Halloween editions of its Cinebrunch series on Oct. 19, screening “The Nightmare Before Christmas,” and Oct. 26, featuring “Hocus Pocus.” The Oakmont theater will also be showing Beetlejuice on Oct. 17 and hosting a rare early-evening screening of “The Rocky Horror Picture Show” on Oct. 24. For much more “Rocky Horror” content, however …

Dormont’s longstanding cinema has served as Pittsburgh’s go-to for shadowcast screenings of “The Rocky Horror Picture Show” for more than a decade, even appearing in “The Perks of Being a Wallflower” as the city’s home for Dr. Frank N. Furter. The Junior Chamber of Commerce Players will provide live mayhem along with midnight screenings on Friday, Oct. 25, and Saturday, Oct. 26, as well as a 10 p.m. show on Halloween night.

The neighborhood theater in Sewickley doesn’t go too deep into Halloween programming, but they’re giving the holiday itself over to one of my all-time favorites: Alfred Hitchock’s immortal “Psycho.” Norman Bates will take the screen at 7:30 and 10 p.m. on Oct. 31.

The hilltop brewery is having a pretty big Halloween party on the night itself, featuring food, drinks, costumes and a screening of the 1960 version of “Little Shop of Horrors,” complete with movie bingo.

You’ve gotta get up pretty early in the morning to become widely accepted as the worst film of all time. See why Ed Wood’s hapless “Plan 9 From Outer Space” regularly claims that crown at Spirit Lodge, featuring a new — live! — score by Swampwalk.

Since publication, two more events have come across my desk. On Saturday, Oct. 26, Flea Market Films presents “Autumnal Oddities,” a collection of rare footage and local creations — including footage of trick-or-treaters in 1977 coming to a Carrick doorstep. On Halloween night, CineBurgh is offering a double-feature of ’80s favorites at Regent Square Theater: “A Nightmare on Elm Street” and “Lost Boys.” Local residents get in for $5.

Categories: After Dark, Things To Do
Tags: movies, pittsburgh movies