Breaking down what you need to see (and what you can probably skip) to get ready for the 90th Academy Awards. 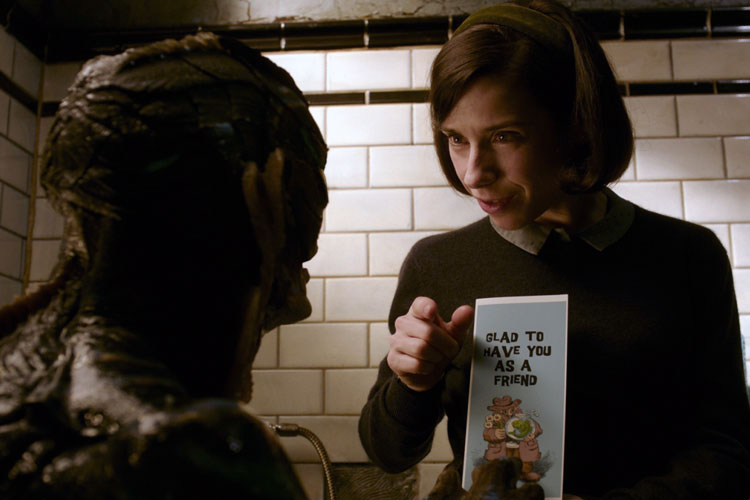 One of the most wide-open Oscar races in recent memory coalesced into a list of nominees this morning, when bids for the 90th annual Academy Awards were unveiled in Los Angeles.

The lineup contained few true surprises; the only high-profile nominations that Oscar forecasters would truly call shocking are Denzel Washington’s Best Actor bid for the little-seen “Roman J. Israel, Esq.,” and a directing nomination for Paul Thomas Anderson, indicating that his “Phantom Thread” — also a somewhat unexpected Best Picture contender — scored much more with the Academy than many expected.

The headline-grabbing snub was the omission of “Disaster Artist” star James Franco, who had already claimed a Golden Globe and a Critics’ Choice Award this year but was accused of sexual misconduct before the Oscars voting period ended. (His spot, effectively, went to Washington.) Perennial contender Tom Hanks was also excluded from the Best Actor race, while an expected nomination for “Call Me By Your Name” actor Armie Hammer failed to materialize. Sadly, “Wonder Woman” was also entirely left out.

If you’d like to see the competing films before the March 4 ceremony, you have quite a long list ahead of you; if you’re like most viewers, that means it’s time to prioritize. Here’s our rankings of what you need to see before Oscar night.

The Basics: See the Best Picture Nominees and “I, Tonya”
The love was not spread as evenly this year as it might’ve been, as the top contenders were nominated repeatedly. The nine nominees for Best Picture have more than 50 total nominations between them, led by “The Shape of Water” with 13 nominations, “Dunkirk” with eight and “Three Billboards Outside Ebbing, Missouri” with seven; I think that the Best Picture winner will be one of those three, so that’s a great place to start.

“Lady Bird” has five nominations, all in high-profile races (Picture, Director, Actress, Supporting Actress and Original Screenplay), “Phantom Thread” surprised with six, and “Darkest Hour” — a surefire nominee for Gary Oldman’s lead performance but something of a surprise entrant in the Best Picture race — netted six as well. “Call Me By Your Name” and “Get Out” scored four nominations apiece, while “The Post” underperformed despite a Best Picture bid; its only other nomination was the de rigeur inclusion of Meryl Streep in the Best Actress race.

I would add “I, Tonya” to your must-see list, though it was surprisingly excluded from the Best Picture lineup. I’m expecting Allison Janney to grab the Best Supporting Actress trophy for her performance, and it scored nominations for Best Actress (for Margot Robbie) and Editing as well.

Your Next Steps: Finish the Acting Categories and Watch the Below-the-Line Darlings
Only five movies managed to score an acting nomination without also being nominated for Best Picture. In addition to the aforementioned “I, Tonya,” they are: “The Florida Project,” one of my favorite films of 2017, featuring a Supporting Actor-nominated turn from Willem Dafoe; “Roman J. Israel, Esq.,” the odd legal drama featuring Washington; “All the Money in the World,” the embattled Ridley Scott drama which excised Kevin Spacey from the finished product and replaced him with Christopher Plummer, who got a Supporting Actor nomination out of the switch; and “Mudbound,” featuring Best Supporting Actress nominee Mary J. Blige.

“Mudbound” — my pick for 2017’s best film — also scored nominations for Best Adapted Screenplay, Best Original Song and Best Cinematography. While I’m bemoaning the fact that it didn’t nab more, the Cinematography nomination, for Rachel Morrison, is a long-overdue milestone: She is the first woman ever nominated for the award.

Neither “Blade Runner 2049” nor “Star Wars: The Last Jedi” scored any high-profile nominations, but they were recognized five and four times, respectively, in the technical categories.

If You Get There — Catch the Rest of the Screenplay Nominees and the Remaining Multi-Nominees
The Adapted Screenplay race is odd this year, in that only one of the five nominees — “Call Me By Your Name” — is among the Best Picture lineup. It will compete with “Mudbound,” as well as “Molly’s Game,” “The Disaster Artist” and “Logan.” The latter three films, all of which are quite good, were only recognized for their writing. “The Big Sick” was expected by many to score big this morning, with a Best Picture nod and a Best Supporting Actress nomination for Holly Hunter forecasted; instead, it was only nominated for Best Original Screenplay.

Four additional films were nominated more than once: “Coco,” for Best Animated Feature and Best Original Song; “Baby Driver,” for Editing, Sound Editing and Sound Mixing; “Beauty and the Beast,” for Production Design and Costume Design; and “Victoria and Abdul,” for Hair and Makeup and Costume Design.

Oscar Death Race Competitors Only
If you manage to see all 24 of the above-mentioned features and want to go for the full slate … well, it gets tricky from there.

You’ll have to catch a half-dozen additional features that scored a lone nomination: “Marshall” and “The Greatest Showman,” which nabbed Original Song nods; Makeup and Hair nominee “Wonder,” directed by Pittsburgh’s own Stephen Chbosky; and Visual Effects competitors “Guardians of the Galaxy: Vol. 2,” “Kong: Skull Island” and “War for the Planet of the Apes.”

“Coco” was joined in the Best Animated Feature Race by “The Boss Baby” (really?), “The Breadwinner,” “Ferdinand” and “Loving Vincent.” There are five great nominees in the Best Foreign Language Race — “A Fantastic Woman” is excellent — and another quintet of fine choices in Best Documentary Feature, none of which were nominated elsewhere. And, of course, there are 15 nominated short films which may or may not be screened locally before Oscar night.

The Oscars Death Race is not to be taken lightly, but those who complete it will be rewarded with a rich, fascinating crop of movies (and a couple true stinkers — “The Greatest Showman” chief among the duds).

Want the shortest path possible? “The Shape of Water” and “Three Billboards” are probably going to win, like, everything.