You Can Ride a Roller Coaster Classic

Roller coaster history is hidden nearby — and not where you might think. 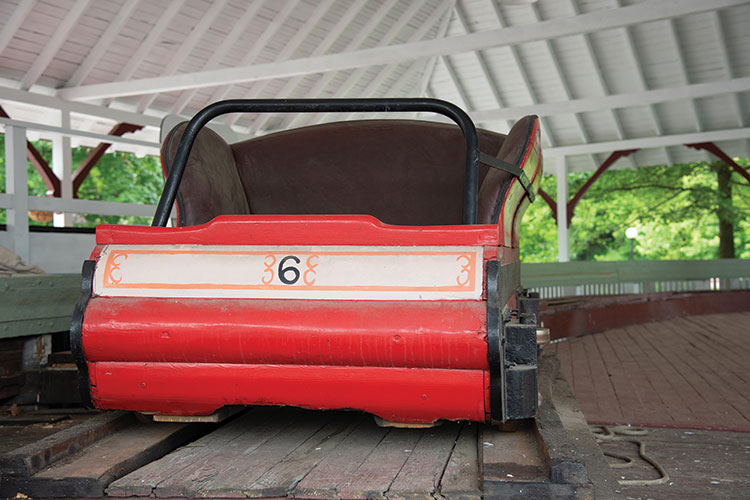 ONE OF THE RESTORED CARS ON LEAP-THE-DIPS, A HISTORIC LANDARK THAT DATES BACK TO 1902

The oldest operating roller coaster in the world is a Pennsylvania landmark. It is not, however, located at Kennywood. While the West Mifflin park houses three wooden coasters dating to the 1920s, none of them can claim the longevity title. Nor can the elder coaster be found at historic Hersheypark.

Roller coaster history is hidden in a lakeside haven in Altoona.

Leap-the-Dips, built in 1902, is believed to be the oldest standing coaster on the planet, predating Kennywood’s Jack Rabbit by 18 years. It is the only remaining coaster of its kind in North America; the “side-friction” design, which doesn’t allow for steep hills or sharp turns, predates the advent of traditional wooden coasters. Aside from the chain that hoists cars up the first hill, every element of the ride — including the brake, manually operated with a tall lever — is made of wood.

Leap-the-Dips closed for a stretch of the late 20th century, owing to decay. Local fundraising and efforts by the American Coaster Enthusiasts led to a complete restoration and reopening in 1999. 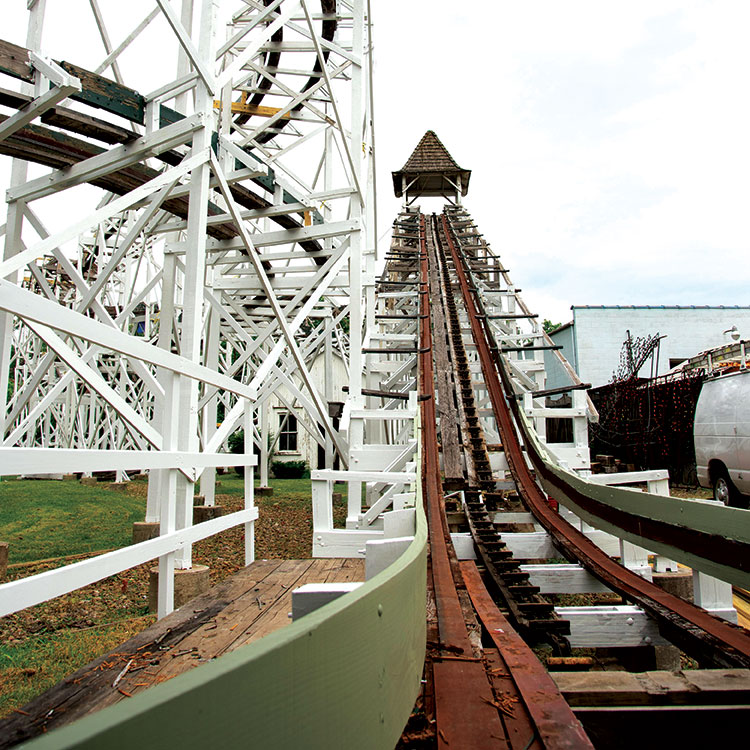 The ride, a National Historic Landmark, is tucked in the back corner of Lakemont Park, a tranquil family-fun center next to Peoples Natural Gas Ballpark, home to the Altoona Curve minor-league baseball team. Lakemont Park itself is a landmark, dating to 1894. A multi-year redesign kept the park closed from 2017-18; during that time, most of its amusement-park rides were removed and the park was converted into a multi-use facility, featuring such attractions as miniature golf, basketball courts, paddle boats and batting cages.

A handful of rides remain, including Leap-the-Dips and another coaster, the Skyliner. Park admission is not necessary for a ride; a trip on either coaster is $3. (All-day passes, for $19.95, grant unlimited rides, rounds of mini-golf and access to a connected splash park.) If you’re bound for points east, such as State College, you could easily stretch your legs in the park and take a quick spin on the coaster.

For families, there’s more than enough to tire kids at Lakemont Park (and plenty to eat while they’re running around, available at in-park snack stand Jack’s Grubb Shack). The park is about 2 hours from Downtown Pittsburgh, but for those based farther east of Downtown — particularly in Murrysville and beyond — the drive isn’t too intimidating. On several nights, a free ticket to a Curve game is included with park admission, making for an even longer (and inexpensive) day out.

You won’t exactly speed around the curves on Leap-the-Dips; the ride maxes out at about 10 miles per hour. The thrill is in the history — and the fact that, against considerable odds, this ride remains standing, and rolling, today.