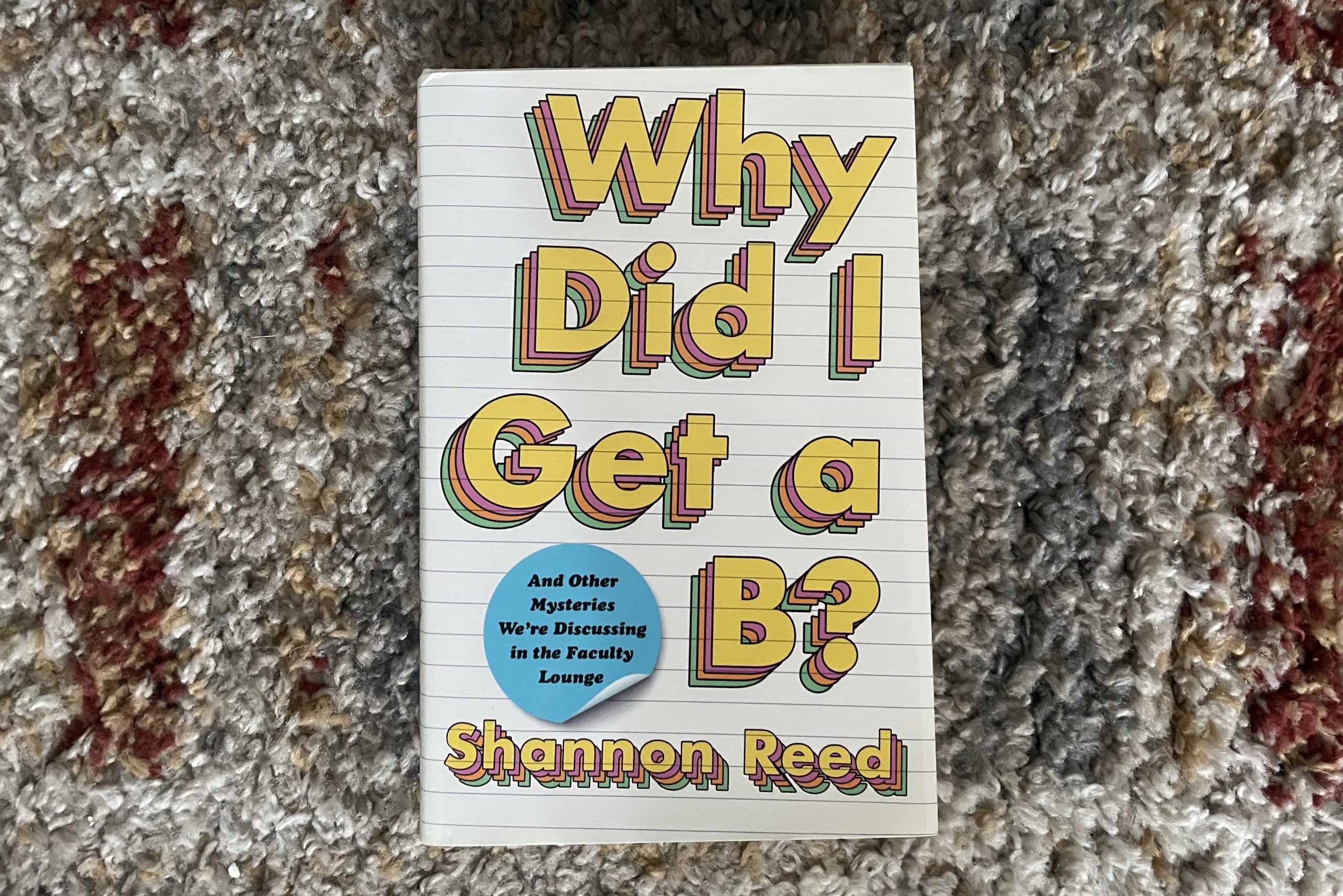 A local professor is in the running for a national humor writing award.

Shannon Reed is a lecturer in the creative writing program at the University of Pittsburgh, and her book, “Why Did I Get a B? And Other Mysteries We’re Discussing in the Faculty Lounge,” was named a semifinalist for the 21st Thurber Prize for American Humor last week.

The Thurber Prize is one of the most prestigious awards in the genre, and past winners include Trevor Noah, Jon Stewart, David Sedaris and Pittsburgh native Damon Young.

“I don’t know if I can truly encompass all of the many things [this nomination] means to me,” Reed says. “I’ve known about the Thurber Prize for a long time, and so many of the humor writers I admire and have read for years have been nominated for, or won it. To be included in that list is overwhelming and, frankly, unbelievable.”

Reed’s book is a collection of personal essays and humor that “explores all the joys, challenges and absurdities of being a teacher.” It came out in June 2020 — the dark, early days of the coronavirus pandemic. With libraries and bookstores closed and schools remote, Reed says it was completely understandable that the book was “overlooked, a bit.” But the Thurber Prize nomination has the potential to widen its reach and bring the book to an audience that might have missed it the first time around.

“I put my heart and soul into this book, trying to capture everything I’ve learned about and experienced in teaching over the years,” she says. “I do hope that this nomination means that it might continue to find its readers, because it is a book that wants to bring joy and comfort — especially to educators.”

The Johnstown native cut her teeth in humor writing while working on her master of fine arts at Pitt. Frustrated by the slow process of fiction writing — a process that’s even slower when you’re still learning the ropes — Reed discovered the funny short stories of McSweeney’s Internet Tendency, a nonprofit publishing company that also operated a daily humor website. Having been a playwright before a fiction writer, Reed knew she could “write funny,” and so she gave it a shot.

“Naively not understanding that literally hundreds of people submit work there every week, I looked up how to send them something, wrote up a funny little piece and sent it in,” she says. “The editor at McSweeney’s — who is still my editor — emailed me back a couple of weeks later to say that my work had potential, but I needed to get to the joke faster. I distinctly remember sitting at my laptop, reading that note, and thinking, ‘Well, I can do that, I can get to the joke faster.’”

A couple revisions later, the third draft was accepted.

“I don’t want to make it sound easy — I have submitted at least five times as many pieces there as he has taken; I’m talking hundreds of rejects — but it did seem like something I could do.” 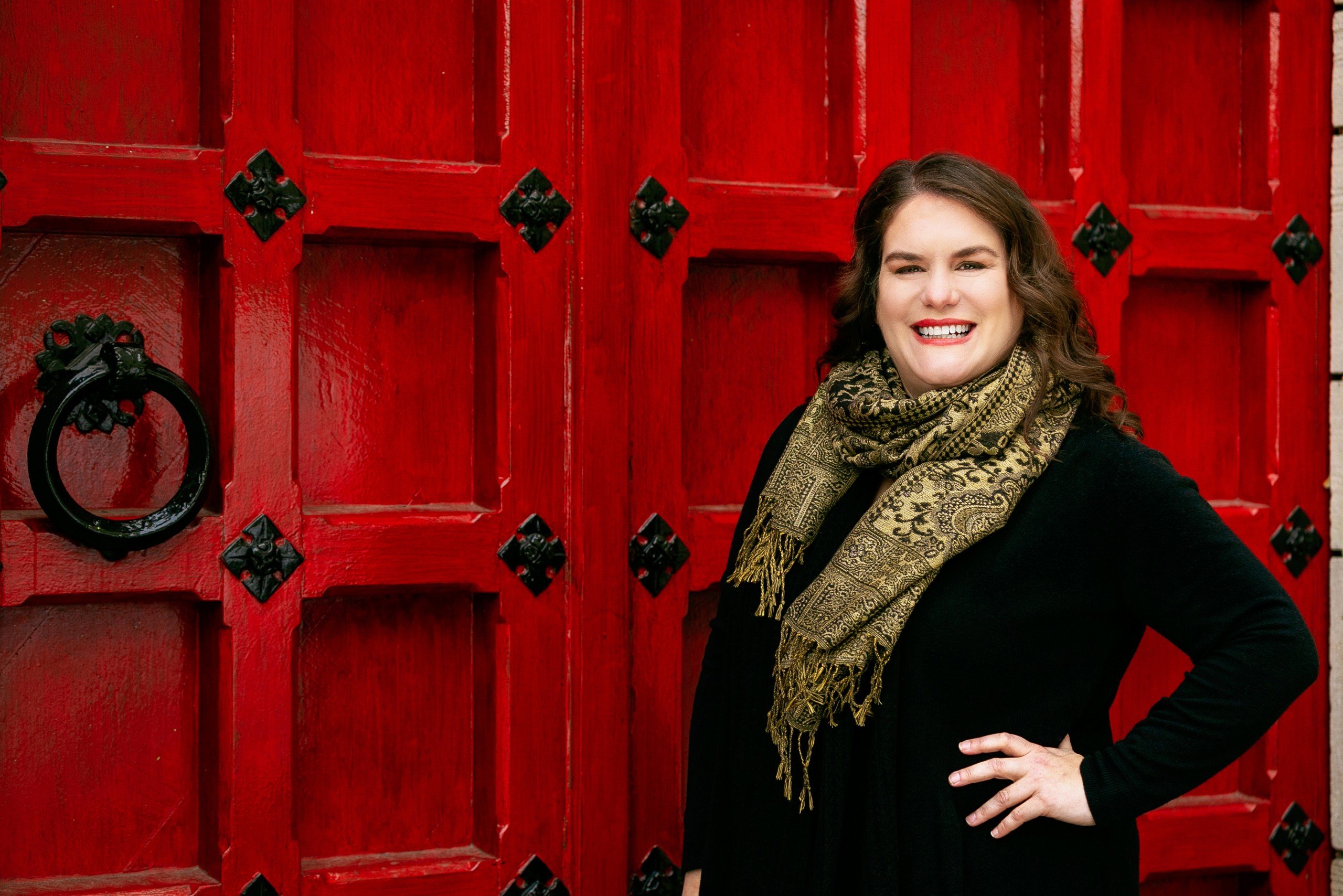 Reed was teaching her Readings in Contemporary Fiction class when she received word of her nomination. In the middle of discussing “Gone Girl’s” big twist, her phone started to blow up. Since that almost never happens, she worried there might have been a family emergency, and so she excused herself to check her notifications.

“I saw that the Thurber House had tagged me on their Instagram posting announcing the semi-finalists, so I screamed, and then I went back and explained to my worried students why I had screamed, and then they screamed too,” she says. “And then we continued our discussion.”

The book exists at the intersection of writing and pedagogy, a space with which Reed is markedly familiar. Teaching writing at Pitt, “literally every single one” of her colleagues is also a talented writer. The department chair writes, Reed’s supervisor writes, her friends on the faculty write — many of whom at a high, prestigious level. But it wasn’t always so easy.

When Reed taught at the secondary level, she had less time. Teachers, she says, were expected to give every spare minute over to teaching. She left the industry to get her MFA in fiction writing, which she received in 2015, after teaching both private and public high school English — an experience she writes about in her book.

In a sense, she says, she went back for her MFA just to allot herself time to write, since teaching made it seem like she had to “claw out time to write, just digging minutes out of the day.”

“I do feel this is deeply unhealthy for teachers. Whatever people want to do to make themselves be caring human beings in the world, whether it’s writing, or painting, or raising sheep or Civil War reenactment, they should be able to find the time to do it,” she says. “I don’t understand why we culturally don’t get that teachers will be better at their work if they are allowed to be humans with interests beyond their students. We all need to be both the mirror and the light.”

“Why Did I Get a B?” is the tongue-in-cheek look at teaching that takes readers into the trenches of pedagogy, illuminating the highs and lows of a job located at the intersection of youth and wisdom. Reed says she put her heart into it, and though she doesn’t expect it to actually win the Thurber Prize, the nomination is a gift enough.

She is one of six semifinalists; the winner will be announced on April 22, 2022.

If Reed does win?