“... Running a non-profit organization is difficult, so I intentionally surround myself with experts in the field, who direct programs with passion, safety, and member satisfaction in mind.” 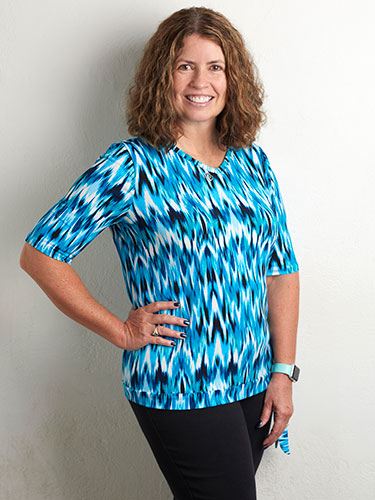 Kelli A. McIntyre knows how to work her way to the top.

McIntyre started at the YMCA during her freshman year of college as a lifeguard and continued there as a swim coach after graduating. In 2001, she landed a full-time role as the Aquatic/Health & Wellness Director at the East Suburban Family YMCA, where she later became Senior Program Director followed by Associate Executive Director. In 2013, McIntyre worked her way up to Executive Director at the Sampson Family YMCA, which has been repeatedly voted the community’s best fitness center and child care center in the Pittsburgh Tribune-Review.

For McIntyre, highlights of her time at Sampson Family YMCA “exist through stories of generations of impact; visioning of community, volunteers and staff; growth through capital campaigns and expansions and my own personal development,” she says.

In August, she began her latest position —  CEO of the Valley Points Family YMCA. Behind her growth-driven mindset is the joy she experiences from seeing the impact of others succeed at their goals.

“Running a non-profit organization is difficult, so I intentionally surround myself with experts in the field who direct programs with passion, safety, and member satisfaction in mind,” McIntyre says.

McIntyre’s role as CEO is just one of many accomplishments in her professional life. In 2012, she wrote and directed the International North American YMCA Development Organization for more than 1,200 staff and volunteers from 51 countries. The following year, she was named the Association of Y Professionals Member of the Year.

When she’s not at the YMCA, McIntyre stays busy as a member of the Delmont-Salem Rotary Club and board member for the Monroeville Area Chamber of Commerce. She earned her master’s degree and Ph.D. in Human Services/Nonprofit Management while raising two children with her husband of 28 years.

What’s McIntyre’s advice to other women in business?

“Service to others and dedication to a cause can be very rewarding, and it’s best to be able to work with and for your staff teams; to lead by doing,” she says. “I think it’s important that they know you can and will do the work with them. I have a very pro-team mentality, and that includes ‘boss.’”

What’s the best advice she’s ever received? “To always work hard and ethically and to construct strong staff teams — who have different strengths than me — in order to strengthen the organization and impact,” McIntyre says.

Each quarter, Pittsburgh Magazine spotlights exceptional businesswomen within our pages and at our networking events. Join us for vibrant conversations with our four inspiring honorees and an exciting keynote speaker at our Women & Business Awards, presented by S&T Bank on Wednesday, Oct. 12 at the Art Room in the Strip District. Get tickets.