Patrice Matamoros is the former CEO of P3R, Pittsburgh Three Rivers Marathon Inc. She is now a private fundraising and sponsorship consultant. 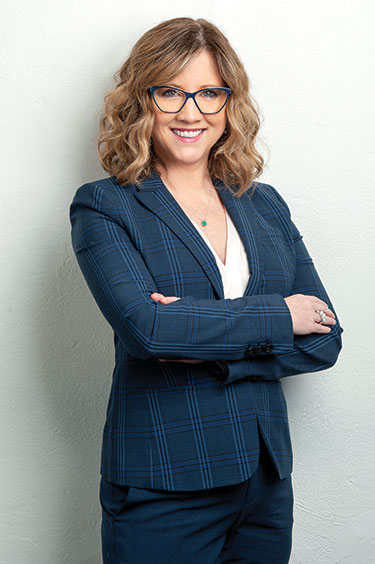 Patrice Matamoros has been running the DICK’S Sporting Goods Pittsburgh Marathon for the last 11 years, but not as a racer. She is the former CEO of P3R, Pittsburgh Three Rivers Marathon Inc.

“I ran in high school and went to college on a scholarship,” says Matamoros. “I got injured and couldn’t run anymore, but my heart has always been there.”

Matamoros, who now is an independent sponsorship consultant for corporations and nonprofits, came into her position as CEO of P3R in an unlikely way — it was her first job after a career gap she took to raise her children.

“When I was at home with the kids, I volunteered,” says Matamoros, who was in sales before having children. “In order to keep my skill set honed, I volunteered to bring in sponsorships for various organizations, including the marathon. I earned my spot when someone saw what I could do.”

Self-described as disciplined, committed, competitive and compassionate, Matamoros says getting the marathon off the ground in 2009 was a career-high for her. The marathon had stopped operating in 2003 after its primary sponsor left. When Matamoros came aboard, it was her goal to bring it back to life.

“Leading a team to success, year after year, for 11 years, when I didn’t know I could do it in year one — that was huge,”she says.

The Old Dominion University graduate is now using her skills and talents to help nonprofits with fundraising. Matamoros continues to volunteer, focusing on organizations that benefit women and children. That’s just one way she tries to help other women advance in their careers. She also advises, helps with resume writing and connects businesswomen with one another.

Matamoros is a Dapper Dan Sportswoman of the Year, a recipient of the Women’s Leadership Award from Running USA and was named Race Director of the Year from Event Directors College, among other accolades.

“I’m very grateful, lucky and happy for the recognition. A lot of people do their jobs well and don’t get recognized as I did.”

Matamoros’ advice for other businesswomen would be to stay committed and focused on your goals, not anyone else’s.

“It doesn’t matter what people might think or say, it just matters what you do,” she says. “Focus on your own performance. Your actions should speak for themselves.”