Mandi Pryor is the Executive Director of South West Communities Chamber of Commerce, Owner of MP Marketing and PR and Television Host of Spotlight on Pittsburgh. 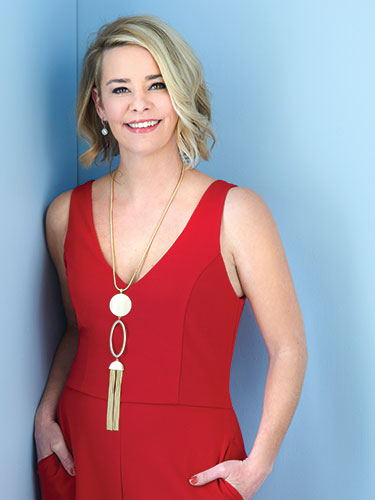 Pryor joined the Chamber in 2018. “I have been given a position where I am able to help bring businesses together but also to use these gatherings as a platform to bring important issues to the table.” She launched the Impactful Women program in 2019, which highlights topics including diversity, women in technology, women and wealth management and women in politics. Pryor has also diversified the chamber’s board to give women, LGBTQ and minorities a voice.

The pandemic has dealt a serious blow to many chamber members. “I have seen businesses fail and highly talented, hard-working employees — including some of the strongest women I know — lose their jobs,” Pryor says. But membership numbers have rebounded, and interest in online events has increased. “Despite the entire world being turned upside down, the businesses in our region are fighting to keep going.”

When Pryor isn’t running the chamber, she is presiding over MP Marketing and PR, a boutique marketing agency that she founded in 2017. Pryor founded MP when her son was 3 months old. “I had just lost a position due to company restructuring, and I wanted to figure out a way to stay home with my son, rather than going back to work at a normal 50-to-70 hour per hour marketing director position,” Pryor says. The company has grown steadily.

Pryor believes it is important to give back. “If you build your community up, you will build your business in return.”