Blayre I. Britton is President of CDI Printing Services, Inc. 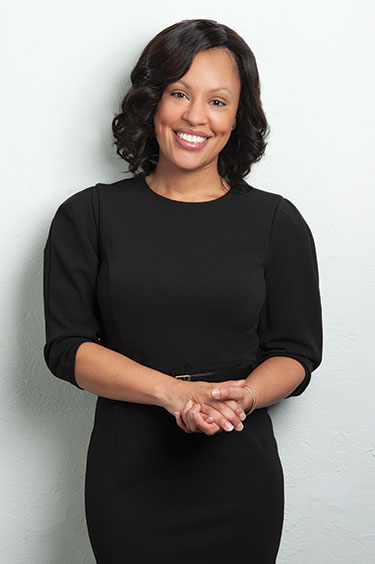 A typical day at the office for Blayre I. Britton may begin with contract negotiations and end wearing gloves and sweatpants running jobs in the print shop.

Britton is the president of CDI Printing Services Inc. in Gibsonia. CDI is a minority-owned commercial printing and finishing company specializing in offset, digital and large-format printing and graphic design services. Horace Britton, Blayre’s father, founded CDI in 1993 with two business partners George and Joe Williams. After working for CDI for six years, Britton took over for her father as president in 2018.

“Since we are a small business where everyone pitches in, my duties can vary,” says Britton, who initially started provided legal services for the company.

CDI has grown 20% over the past two years, says Britton, and she hopes it will continue that trajectory as the company moves more into custom packaging and fulfillment. In addition to diversifying the products offered, Britton aims to give back to the community through the business.

“A personal goal of mine is to foster opportunities for minority inner-city youth to pursue skilled trades, starting with a press operator apprenticeship program within our company,” she says.

Diligent, determined and cerebral are three words Britton uses to describe herself. The Harvard University and Duke Law School graduate says she is most proud of gaining the trust and confidence of the CDI team after taking over for her father, allowing him to retire.

Before returning to her hometown and CDI, Britton served as a law clerk for Judge Allyson K. Duncan of the Fourth Circuit Court of Appeals, based in Richmond, Virginia, and then worked as a corporate attorney. Because of her work to increase CDI’s focus on minority business initiatives, the company received UPMC’s Inclusion Champion Award. She is a recipient of the 2019 Women of Color Achievement Award given by the 100 Black Men of Western Pennsylvania and the Women Presidents’ Organization.

To other businesswomen, Britton advises viewing challenges as opportunities to prove your excellence.

“Embrace your individuality and the challenge of having to be more prepared, more assiduous, more knowledgeable, and more resilient than your male counterparts,” says Britton.

Blayre I. Britton is President of CDL Printing Services, Inc.