Hiking in this getaway in Lisbon, Ohio is as picturesque as it gets. 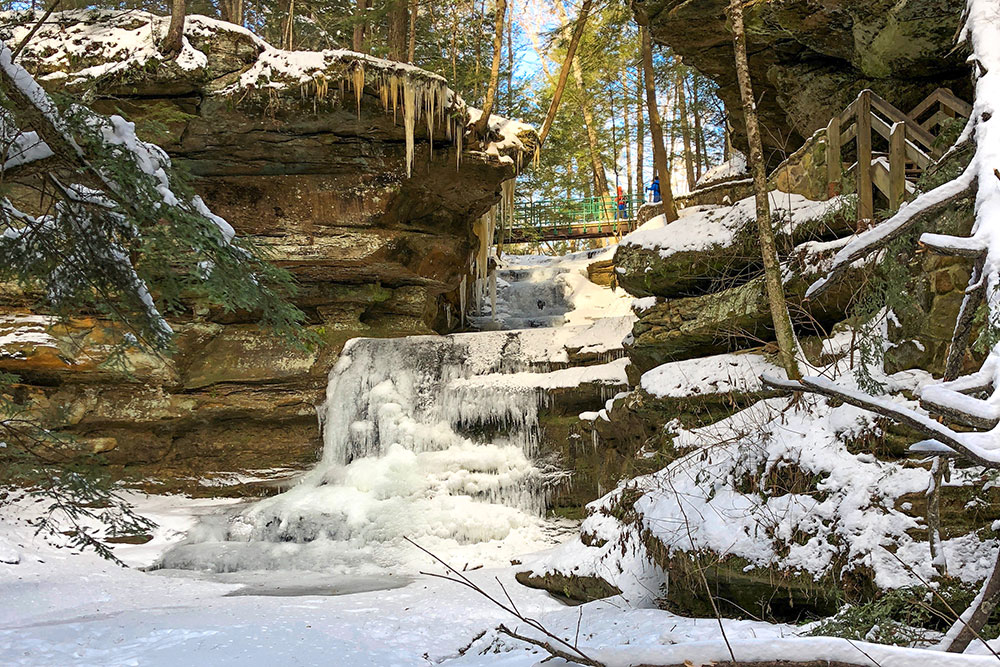 The Old Farmer’s Almanac is predicting truckloads of the white stuff this winter. So if you’re longing to hear the crunch of snow under your booted feet, head to Ohio’s Hocking Hills State Park, particularly for the 58th annual Winter Hike on Jan. 21. It’s a (free) special day with a few hundred of your fellow hardy hikers who won’t let single-digit temps and icicles overhead slow them down.

The scenery is truly spectacular, with frozen waterfalls, soaring sandstone formations and icy pools — all covered in newly fallen snow. The Winter Hike trail is a segment of Ohio’s Buckeye Trail, which in turn is part of the North Country Scenic Trail and America’s Discovery Trail. 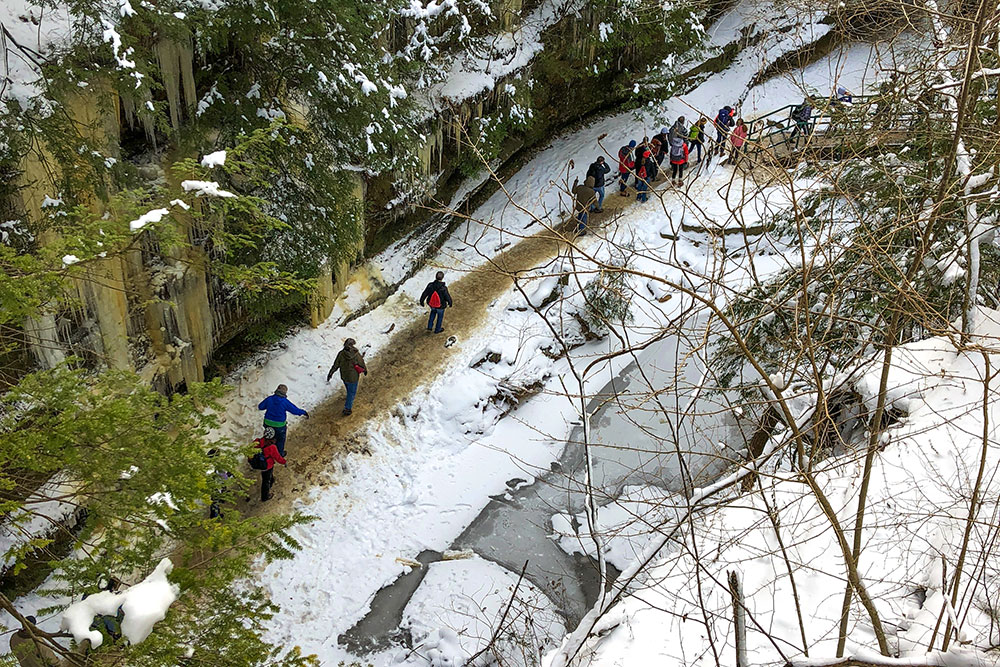 The path meanders through the state park for 6 miles, starting at the park campground and then on to the Upper Falls of Old Man’s Cave. (More about the Old Man later.) An interpretive guide takes you this far, but you’re free to explore the rest of the trail at your own pace. It should take you approximately 3 to 4 hours to complete the hike, and then hike organizers drive you back to the park office.

Back in 1795 — eight years before Ohio became the union’s 17th state — brothers Patrick and Nathaniel Rayon used Old Man’s Cave as a temporary shelter while building a cabin nearby. But the cave gets its name from hermit Richard Rowe, who lived in the cave after the Rayons deserted it. He is also buried on the site. Activities at Old Man’s Cave in years past have included hot sassafras tea brewed over an open kettle and frontier encampment reenactments from the French and Indian War. 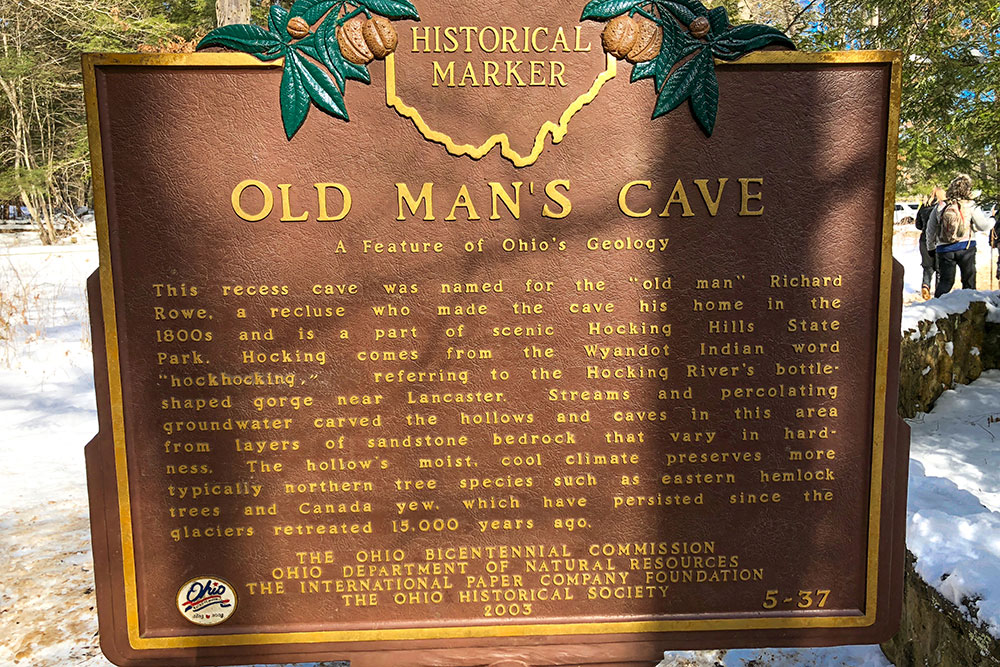 You’ll pass spring-fed Rose Lake on the way to beautiful Cedar Falls, the hike’s midway point. In warmer months, the falls plunge 50 feet into the crystal pool below, but the site’s dramatic glory is best in the winter, when it transforms into a vertical sheet of ice. After enjoying kettle-cooked bean soup, cornbread and warming beverages, descend the staircase to view Ohio’s tallest tree, a hemlock soaring 150 feet to the sky.

Ohio’s largest cave is also found along the hiking trail. The impressive Ash Cave was once an important stopover shelter for Shawnees traveling between their villages in West Virginia and the Scioto River at Chillicothe. Another frozen waterfall can be seen here, where the east fork of Queer Creek cascades over the rim to a pool below.

You’ll need to bundle up tight in your heaviest parka and insulated gloves, and it’s recommended that you use a walking stick; the trail is rocky and uneven. Park officials say the population of black bears has been growing in recent years, so keep an eye out for them among the caves.

Good to Know
If you’re heading to the annual winter hike, plan to spend the night before and take part in pre-hike festivities, including naturalists’ programs, games and refreshments at the Dining Lodge. Commemorative patches and hiking-stick medallions are available for purchase.

This article appears in the December 2022 issue of Pittsburgh Magazine.
Categories: Winter Getaways