The Pittsburgh distillery says the debut of its 2- and 3-year aged straight whiskey is "a big milesone." 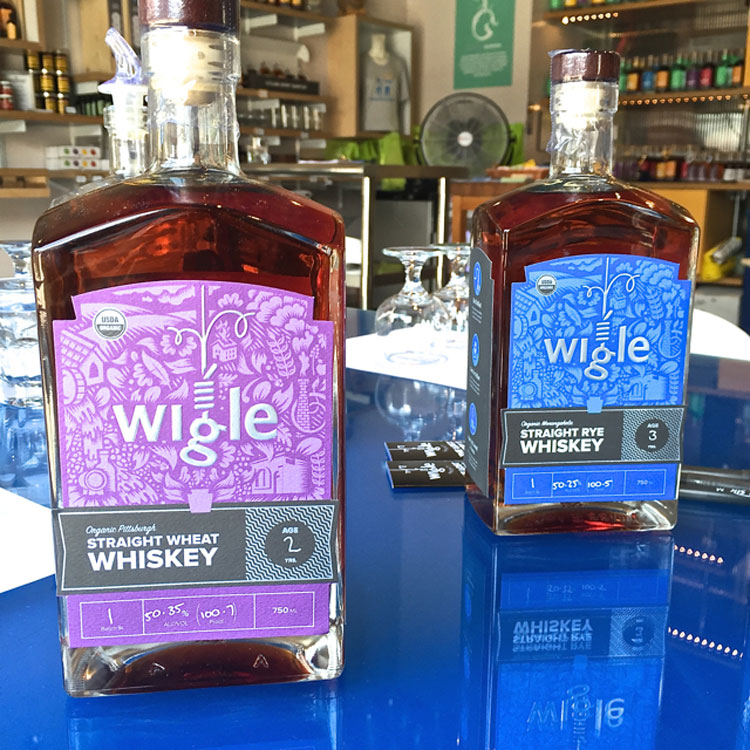 Wigle Whiskey in the Strip District started selling grain-to-bottle, USDA Organic spirits in November 2011. The distillery's initial runs were limited to two products: a white (unaged) wheat whiskey and white rye whiskey. As Wigle’s distillers were first running their German-built copper-pot still, the Meyer/Grelli family also was an instrumental player in changing the Pa. liquor law to allow for direct sales of spirits produced on-site; before the change, consumers had to place an order online and pick up the bottle at the distillery. 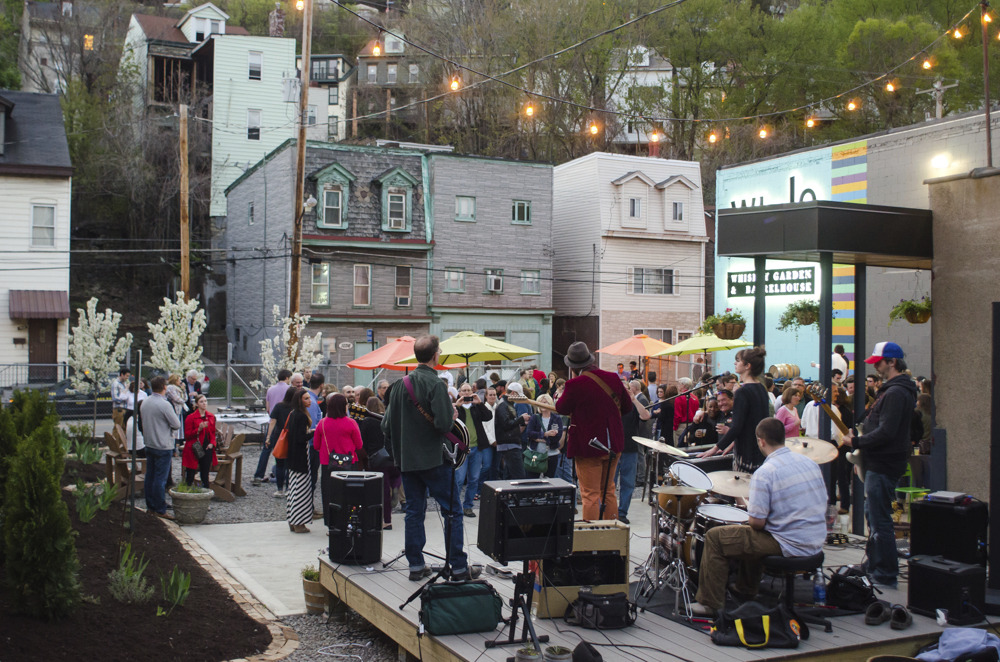 Add a second location in Spring Garden and more than 30 product releases following the first two, and you have a hugely influential player in the city’s developing liquor production community.

Still, I’ve long waited for something rather more traditional from Wigle: the distillery’s initial release of straight whiskey. That’s about to happen.

“We’re a from-scratch distillery. We’ve had this base of people following us and growing with us since we got started. So this is a big deal for us,” says Jill Steiner, Wigle’s events and public relations coordinator. 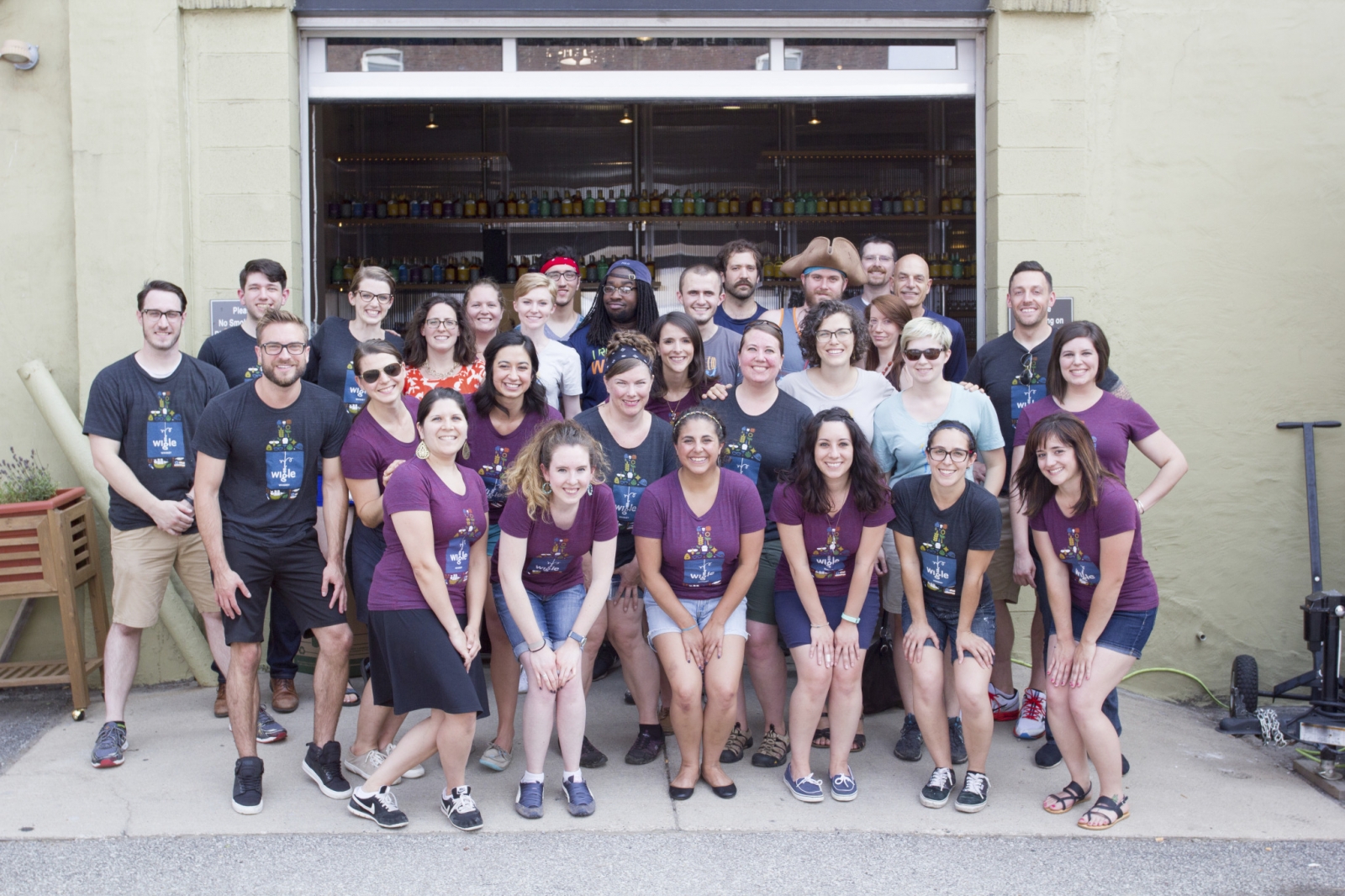 Fermented and distilled cereal grains must rest for at least two years in charred, new oak barrels in order to be labeled as “straight whiskey” in the United States. Those spirits cannot be modified in any way other than filtration or the addition of water, and anything aged for less than four years needs to have an age statement — counted by the youngest whiskey in the blend — on the bottle.

“Our customers have always been interested in the innovation that we’ve been doing. But how long a spirit sits in the barrel is still a big deal to a lot of people. This is a big milestone for us,” says co-owner Meredith Grelli.

Wigle’s straight rye is a three-year, single barrel with a mash bill of 64 percent rye and 18 percent each barley and wheat. The whiskey retains the spiciness characteristic of rye whiskey, but it is noticeably softer than Wigle’s previous rye releases. There are notes of leather, pipe smoke, black cherry and orange peel, plus a nice oaked nose. It’s very good. The rye is a hefty 100.5 proof, so you’ll want to dilute it a bit with filtered water, but otherwise this whiskey is best sipped unadulterated.

The straight wheat is a blend of one 53-gallon, three-year barrel and two 15-gallon two-year barrels, all with a mash bill of 80 percent wheat and 20 percent barley. This one has a soft nose with some lemony undertones. It’s a little mellow on its own, especially when compared to the robust rye, and I could taste some woody notes from the smaller whiskey barrels. I’m looking forward to trying this one in a cocktail; for me, it drinks more like a high-end mixer than a sipper. 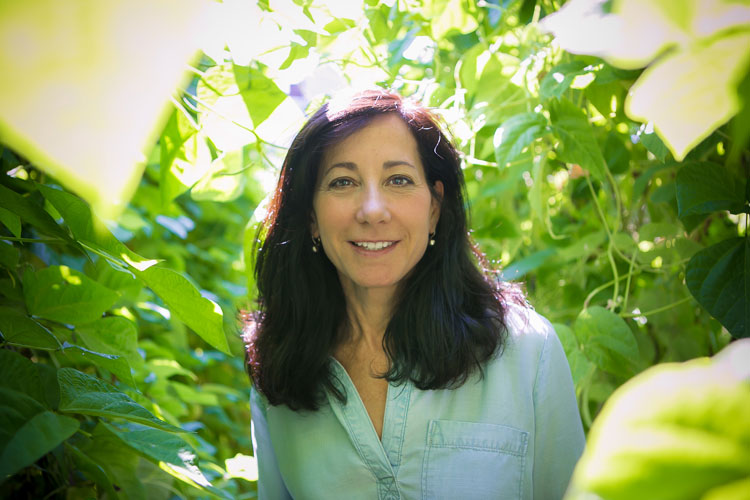 The following day there are two events at Wigle’s Barrelhouse that I’m particularly excited about, both featuring Mary Menniti’s Italian Garden Project. Fig Fest happens that afternoon from 1-3 p.m. and will feature short demos and talks about the Italian and Italian-American gardening traditions that are special to our region. I’ll be talking about growing figs in western Pa. and the peculiar way that they are overwintered. For a preview, have a listen to a story I did last year for NPR’s “All Things Considered.” Fig Fest admission is $40.

Later that night, Vallozzi’s Pittsburgh Executive Chef Josiah Henry prepares a Terra Buona harvest dinner at the barrelhouse to honor the region’s Italian gardeners. The five-course meal costs $110 and will feature produce from the gardens, custom Wigle cocktails and stories from the gardeners.