Why Wedding Videography Is a Must

See why these Pittsburgh brides opted for a videographer to be present when they said, “I do” and throughout the day. 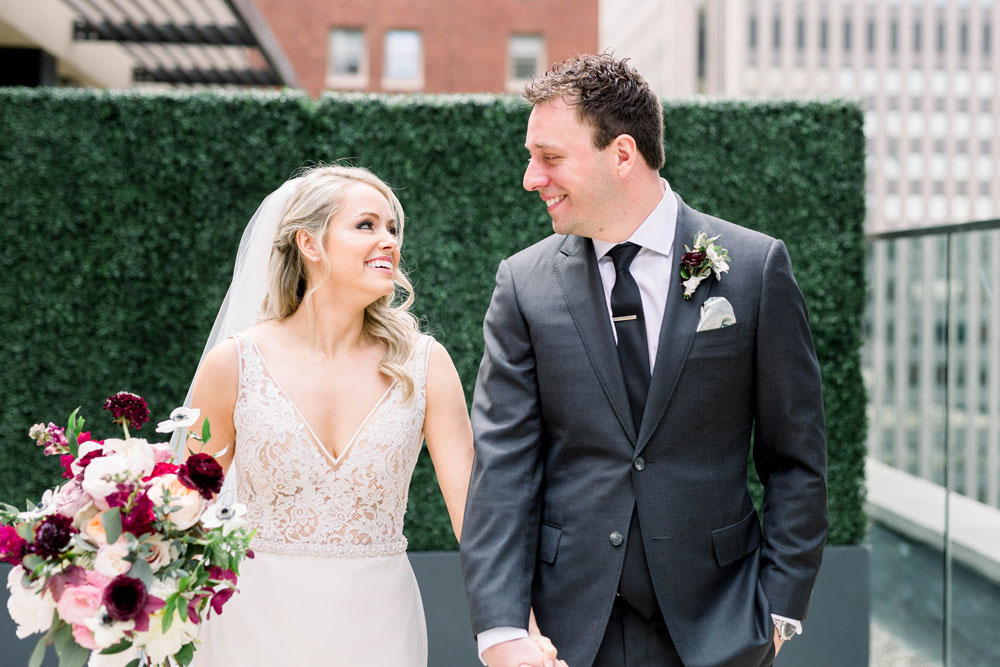 Budgeting for both a photographer and videographer can seem overwhelming, but it’s one investment that couples are opting for, especially as highlight and preview videos are becoming more common.

In fact, one in three brides hires a videographer, according to a 2018 Forbes magazine study.

“It was definitely a no-brainer for me and my husband,” says Heidi Cain, who married Tom Sochacki on April 13, 2019. “We have had friends who had wedding videos and shared those on social media platforms before and it was fun to watch other peoples’, but we also knew it would be fun to have one of our own.” 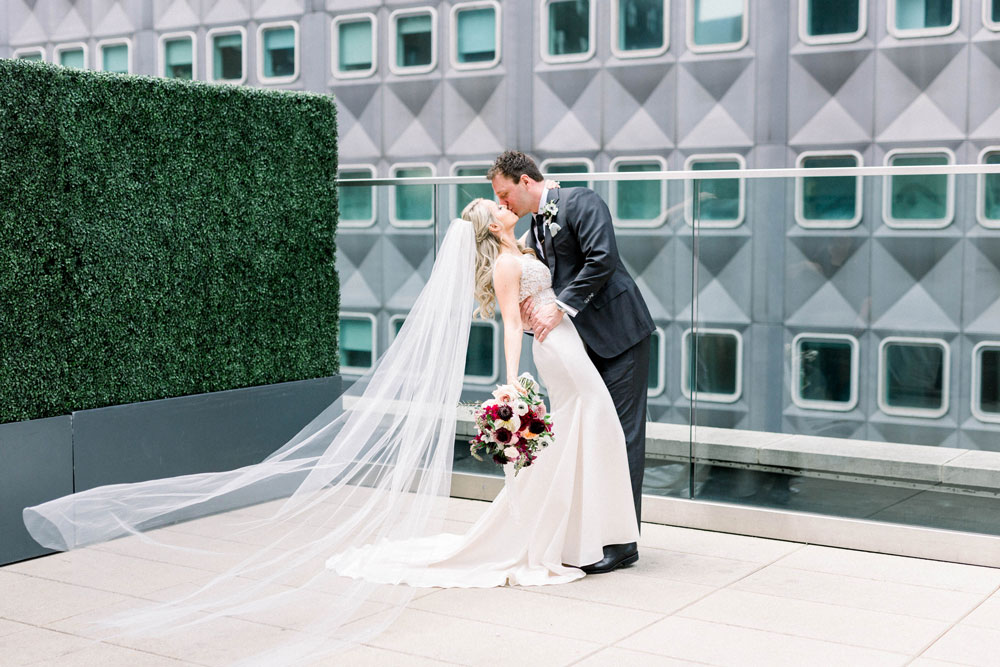 According to Alyssa Thomas, owner of Alyssa Thomas Events, a common wedding highlight video can be anywhere from three to seven minutes. With such little time to fit in a day’s worth of material, it is important for brides and grooms to find the videographer that they feel will capture their day in the best way.

Heidi and Tom spoke with three videographers before connecting with Adrienne Wager at Driftwood Stories.

“We had a wedding planner (Kimberly Allera from Olive & Rose Events), and she had recommended some videographers for us to look at and I chatted with them to kind of get a feel and watch videos to see if it was the same style we were going for,” says Heidi. 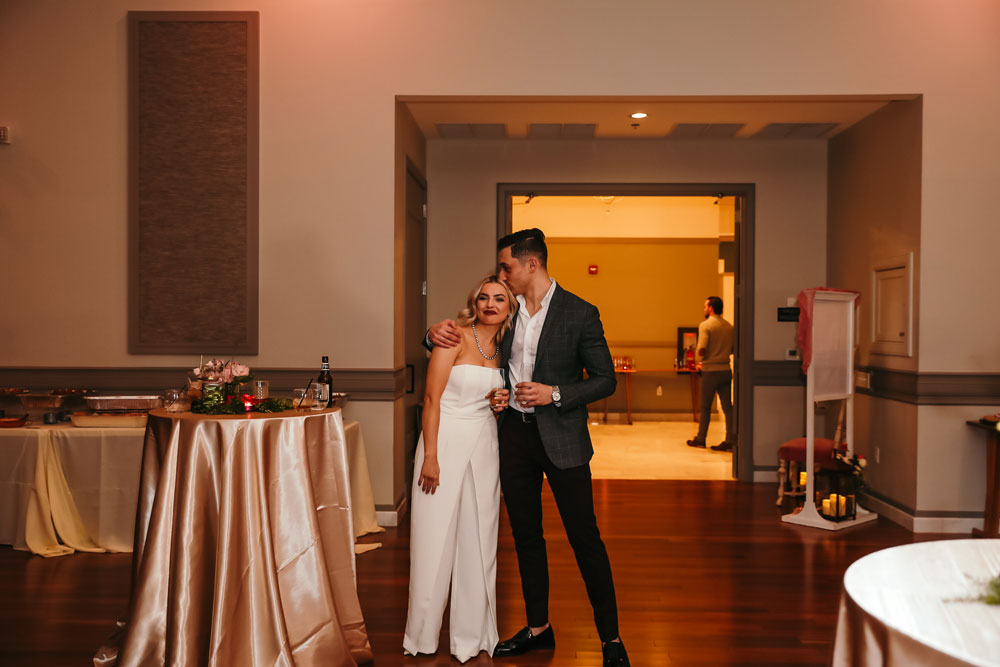 For Dallas Sauers and her husband, Joe Michelucci, hiring a videographer was imperative — but not only to capture the day. On the day of their ceremony, they informed their parents, siblings and closest friends that they were not attending a gala, as they had indicated, but rather a surprise wedding. The newlyweds then hosted an “engagement party” for other friends and family two weeks later, which turned out to be their wedding reception, and used their wedding video as the big reveal that they had already tied the knot. Dallas already had a videographer in mind, Megan Sutherland, who owns Pictory Productions, and she was extremely happy with the final product.

“We actually changed our entire wedding date to be able to use Megan … well worth any amount and time waiting,” says Dallas, who was married March 9, 2019.

Some may fear that hiring both a photographer and videographer can create an overwhelming scene of cameras that could hinder you from living in the moment.

“It really did not take away from the experience,” says Heidi. “[Adrienne] also had ideas in her head where, after we were done doing things and had a moment to breathe, she would ask if she could get a shot of me doing something specific and explain it to me. She worked hand in hand with the photographer.” 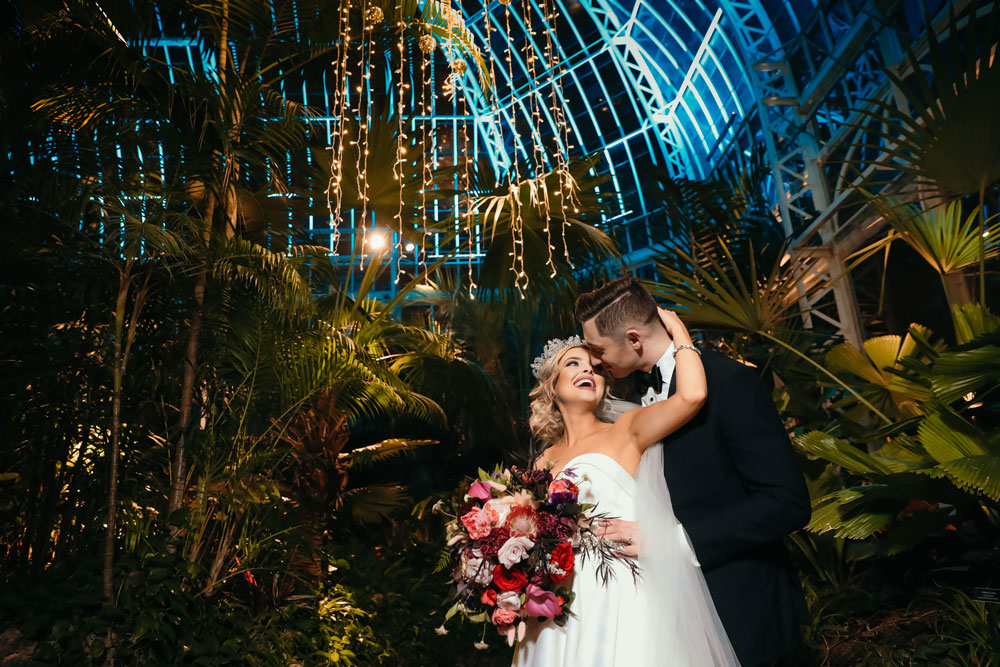 Some shots that are common for videographers include drone shots of the ceremony and reception venue, getting-ready footage for both the bride and groom, the ceremony itself, the first look, reception toasts, close-up sof the newlyweds and the first kiss.

Once the night comes to a close and the dance floor is cleared, it is time to patiently wait for your videographer to send your highlight reel to relive the memories. However, social media has opened the door to a new trend — preview videos. Heidi and Tom received their preview video just 24 hours after their big day.

“With the trend of social media, videography is becoming even more sought after because people are wanting that film and memory to live online or a 30-60 second blip for Instagram,” says Thomas.

A picture can say a thousand words, but a video can capture the emotion of the day in a way that pictures sometimes cannot.

“It was just like our jaws dropped. We were in love with it … You can actually sit and watch this video and it takes you through the whole day,” says Heidi. “You can hear the voices of people and sounds from the church and snippets of the speeches. You can hear the tone and the happiness in people’s voices rather than scrolling through thousands of pictures. They put together the best moments for you and let you relive the entire day.”

Dallas still finds herself re-watching her wedding video to relive the emotions months after she said, “I Do.”

“It makes me cry every time,” says Dallas. “I even have random people that stop me and my husband on the street or in the store and say, ‘I saw your wedding video. It was amazing. I cry every time.’ I have even had couples tell me it inspired them to do the same thing, which I can’t recommend enough.” 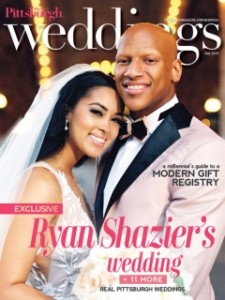 Why Your Wedding Photographer May Be Using Film

Want to Elope in Pittsburgh? There’s a Package for That

Newlyweds Share a Secret First Meal Together on Their Wedding Day