Who Will Be Pittsburgh's Radish Queen or King?

20 members of Teutonia Männerchor are competing to grow the finest Munchener Bier radish. 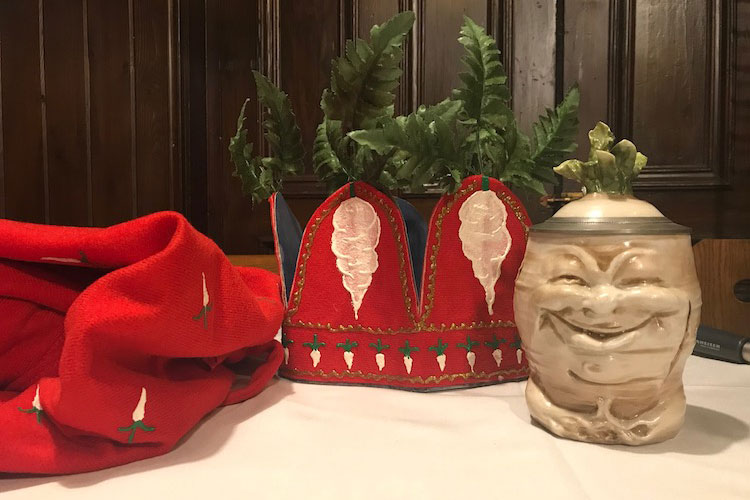 In the basement bar in the Northside’s German club, Teutonia Männerchor, a group of approximately 20 people gathered around a table to pick up radish seeds. It was the kickoff night for the club’s fifth annual radish growing competition. All of the participants were in pursuit of the coveted title of Radish King or Queen.

For the last 25 years, Tom Franz, a third generation member, has helped to uphold the Bavarian tradition of growing and eating the Munchener Bier radish while quaffing beer. The biergarten snack, spiral cut radishes served with salt and often accompanied by rye bread and butter, is called “radi.” Franz’s father, William Franz, began growing this type of radish and bringing them into the club in the mid-’90s when he was serving as the club’s president. Tom Franz assumed the mantle — both figuratively in honorific and literally in the form of a radish-bedazzled cape —  and decided to make a competition of radish growing among the members. 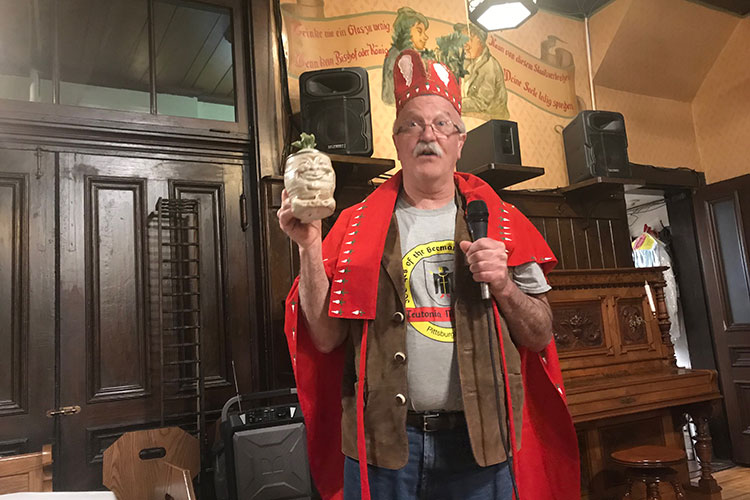 “Be careful when you ask another grower the secrets to growing,” Franz says to crowd who are already gleefully swapping advice on how to grow a winning radish.

Munchener Bier radishes are typically a winter crop. Franz warns of the possibility of a spring crop being more difficult to cultivate. “They like cold nights and warm days. With spring temperatures, they often decide to bolt. You also have to thin them and as you’re thinning them, you’re crying,” he says. “But it has to be done.”

Radish Night is always the last evening in June. Participants bring in their competition radishes and present them before three members for judging. There are no formal judging criteria, although there was a general recognition amongst the kickoff night crowd that size, flavor and general appearance play a role. Ultimately though, the honor of Radish King or Queen is given at the pleasure of the committee. 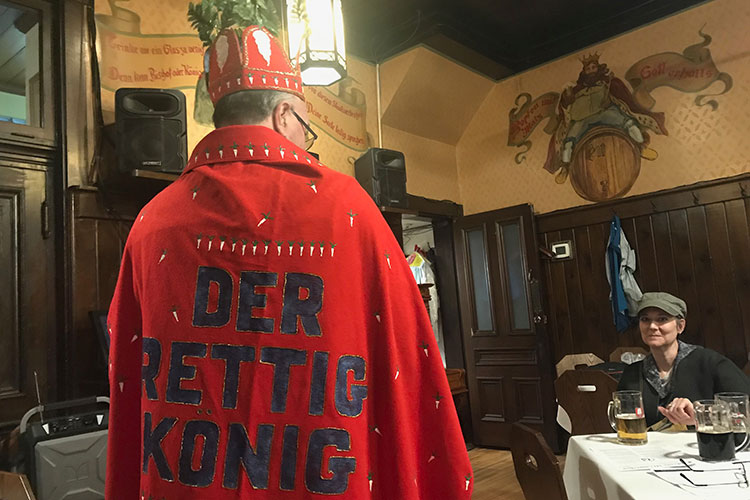 Once crowned, the king or queen gets exclusive rights to a radish cape, crown and beer stein as well as bragging rights for the year, which in this small community, seem to hold a lot of clout. The rest of the evening is a celebration of radishes, with members working spiral cutters to make plates of radi to serve with beer.

2018 was the first year that a woman was crowned, making her the Radish Queen in a long line of kings. While this may seem a small victory, it was only in 2016 that members voted to allow women to have full membership at Teutonia Männerchor, which was founded in 1854. (I was taken aside twice by men who told me that they were very glad of the change, and almost apologetically told me that they always thought the rule against women members was wrong.)

Franz and other members seem to be excited about the changes and growing membership. “We want these traditions to survive. Sometimes I think I should retire and just grow radishes,” he says.