Pitt professor and researcher sheds light on how to interpret different COVID-19 statistics and what they mean. 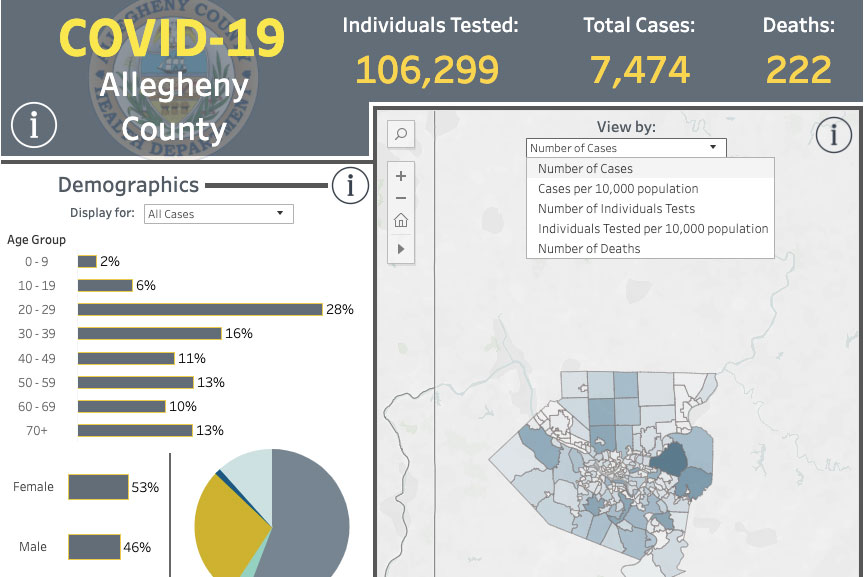 If you’re overwhelmed by the amount of information about COVID-19, here are the most important statistics to stay updated on, according to a professor and chair of Health Policy and Management at the University of Pittsburgh.

Mark Roberts says first, it’s important to think about the rate of cases in a given population.

“There will be many, many more cases in a very large population than might be in a really small population,” Roberts says. “And yet the risk — the number of people per person you would contact — is much more related to the population rate, rather than the actual number.”

He says it’s also important to acknowledge that numbers are usually reported as an average.

“It makes more sense to care about that than any single day,” Roberts says. “If you look at some of the states, their reporting is different on weekends than during the weekdays. So you get these little discontinuous blips every weekend where it appears to go down. It’s not going down, it’s just they’re not reporting as well on weekends and those get recorded on Monday.”

Roberts says it’s important to think about the number of cases that are translating to hospitalizations and deaths as well. The types of people who are being affected are different now than at the beginning of the epidemic, he says.

“As the many different communities and states are opening up, many more young people are getting infected than were before,” he says. “Some of that’s because there are a lot of people who are not putting on masks and not social distancing.”

Roberts says because a limited number of people are being tested (typically reliant on a referral from their doctor or having been exposed to someone with COVID-19) and numbers are still going up, it’s cause for concern.

“The more and more you test, if everything is stable, you would expect to see the positivity rates go down,” he says.

Roberts says that no statistic should determine your actions, as everyone should continue to take precautions such as masks, social distancing and hand washing, regardless of the numbers.