Where are They Now? Pittsburgh Radio Personalities 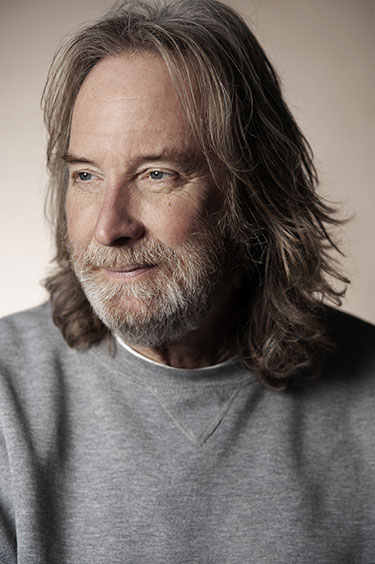 Sean McDowell
With time and freedom, longtime DJ Sean McDowell can’t get off the road. Since retiring from WDVE last year, he’s been roaming the country by car. “We don’t have to fly anywhere anymore, because we don’t have to be back in time to get to work.”

McDowell’s wife, Cindi, retired three weeks before he did after a career in administration at Chartiers Valley School District. Now, with both of them happily free of daily obligations, “we actually have a difficult time remembering what day of the week it is.”

So where does Sean McDowell go on vacation?

Where do you think? Music landmarks.

“We drove to New York; I found where the Fillmore East used to be. Drove to Chicago, got a tour of Chess Studios. Went down to Nashville, Memphis.” It’s a nationwide tour, he says, of places “where great songs were recorded 70 years ago by artists who died 40 years ago in buildings that were torn down 20 years ago.”

All those years behind the turntables — then the CD players, then the computer monitors — haven’t diminished McDowell’s love of music and music history. Without a format sheet to follow, he’s free to focus on some of his own favorites. “I love Motown, I love all the Stax stuff. I listen to ’60s and ’70s stuff.” Now, he says, “I like to hear the stuff the radio never plays.”

He admits that there are a few tunes that have lost their luster over thousands of spins. “‘Layla’ is one of the greatest songs ever recorded. If I never hear ‘Layla’ ever again, that will be fine with me.”

McDowell, who lives in Scott Township, still keeps in contact with his former colleagues, stopping by the studio frequently. He is not, however, looking to re-enter the radio business.

“I talked [recently] to a bunch of high school seniors; I’m older than their parents. I said, ‘Let me ask you; don’t be afraid of offending me … How many of you listen to the radio?’” Three students, he says, raised their hands. “I reached into my pocket and held out my phone. ‘How many of you use this to find music or listen to music?’” The whole classroom raised their hands.

Fortunately, he says, Pittsburgh’s situation is brighter than that of a lot of places. “Huge markets, much bigger than Pittsburgh, don’t have stations like DVE anymore. Chicago doesn’t have a WDVE-type format anymore. Los Angeles, Atlanta. Nowhere in Texas.

“I think that the DVEs — the very few of them that are left — will be OK for a while longer.”

Lynn Cullen
Longtime talk radio host Lynn Cullen has moved from the airwaves to the internet but remains as outspoken and dynamic as ever. The former WTAE personality held several FM and AM posts through the ’00s; in 2009, she launched a one-hour streaming radio show through the Pittsburgh City Paper. That show can be heard live at 10 a.m. on weekdays.

Alan Cox
Alan Cox’s afternoon shift at 105.9 The X coincided with the station’s alternative-rock era heyday. He can still be heard during afternoons; you’d just have to make a short westward drive (or download the iHeartRadio streaming app). The Alan Cox Show airs on Cleveland’s 100.7 WMMS at 2 p.m. weekdays; he’s joined by stand-up comics Mary Santora and Bill Squire, both of whom make periodic Pittsburgh-area appearances, and co-host Cody “Poundcake” Brown.

“Chilly Billy” Cardille
The longtime host, radio personality and producer had influence far beyond his iconic roles as the host of mid-century regional staples such as “Chiller Theater” and “Studio Wrestling.” Director George A. Romero’s iconic “Night of the Living Dead” might not have been made without Bill Cardille, who raised money from “Chiller Theater” viewers to get the film made. Cardille died in his McCandless home in 2016 at age 87.

Jimmy Roach
The host of the original WDVE Morning Show remained on the air until 2015, last serving as a morning DJ for Y-108. Jimmy Roach made an appearance last year at WDVE’s 50th-anniversary celebration.

Shelley Duffy
After a memorable stint with the John Dave Bubba Shelley morning team on B94, Shelley Duffy appeared on a number of area stations, most recently with KDKA until 2015. Today, she’s a spokesperson and consultant with Treasure Hunt.