When Closing Isn’t an Option 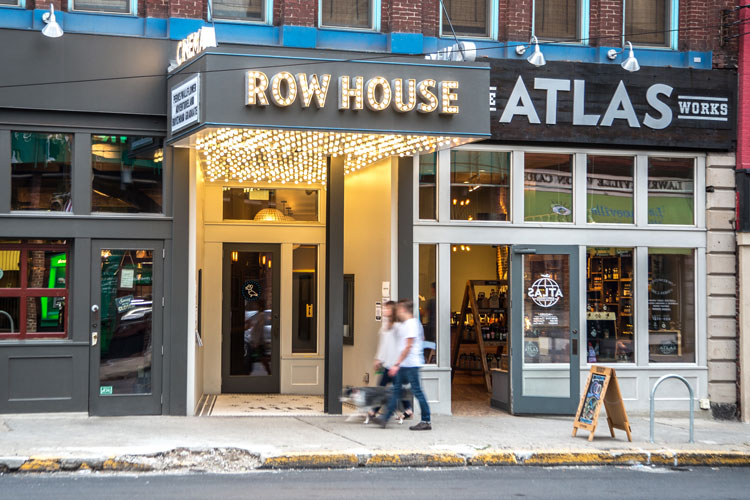 (Editor’s Note: After the publication of this post, Row House Cinema closed follow the city’s ban on gatherings of 50 people or more.)

A 2019 water-main break in Lawrenceville almost shuttered the single-screen Row House Cinema. “We barely survived last year,” Brian Mendelssohn, the theater’s founder, says. “We are finally getting back on our feet again … the reserves we did build up won’t last very long if people don’t show up.”

“Our mortgage isn’t going to go away,” he says. “We want to exist after [the pandemic], and we don’t want to lay off our staff.”

On Thursday, the theater released a statement enumerating several additional measures the theater has taken to limit risks associated with the COVID-19 outbreak. In addition to scrupulous cleaning procedures and careful monitoring of staff members for signs of illness, the theater will cap sales for all shows at 60 seats. “This is where a lot of our conversations were,” Mendelssohn says. “How many people do we put in the theater where we can still have good social spacing?”

Mendelssohn says theater staff sought to balance “three different perspectives” — the need to stay open to keep the business afloat, participating in the movement to reduce overall societal risk of transmission and, of course, to “protect the staff and guests.”

“There’s a lot that we can do that makes it much, much, much more minimal of a chance,” he says.