What’s a Blood Moon and Will Pittsburghers Be Able To See it Sunday?

This total lunar eclipse is one of only two such events visible in the U.S. this year. 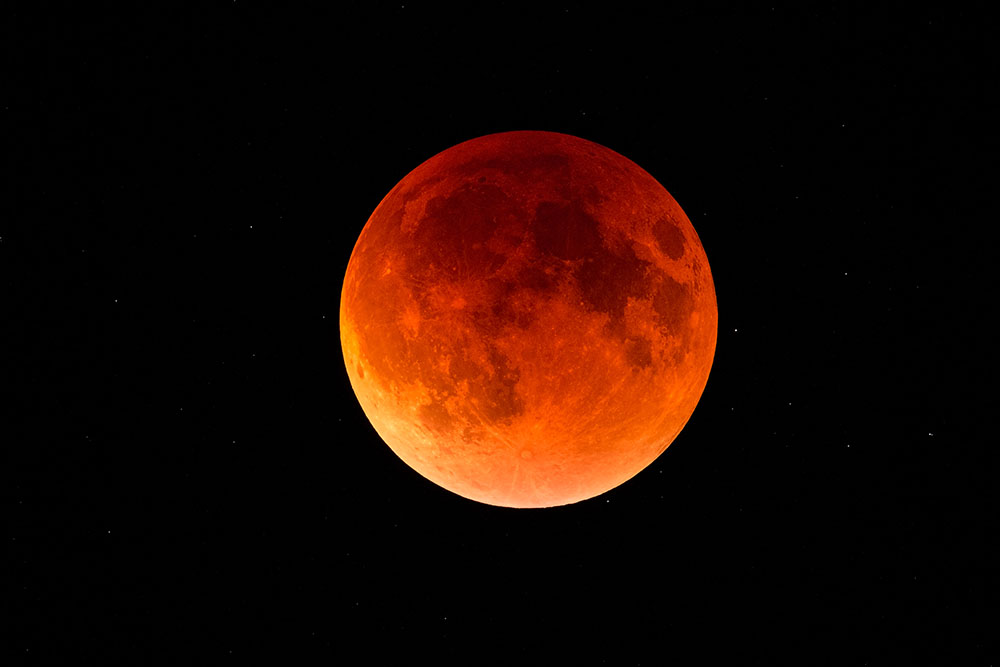 If the weather cooperates — a big “if” in Pittsburgh these days — you’ll be able to catch a glimpse of a rare celestial event.

The first lunar eclipse of 2022 will bathe the moon in shades of red Sunday night as the Earth’s shadow — also called the umbra — sweeps across it, creating a sight that almost everyone in the contiguous U.S. will be able to see. (The exception is those in California and the Pacific Northwest, who will probably only be able to see the second half of the eclipse.)

Some stargazers call it Blood Moon, named for its eerie yet elegant bronze hue.

According to NASA, the moon will begin to enter the umbra at about 10:30 p.m. At this point, edges of red may begin to appear as light from the sun, on the opposite side of the Earth, is refracted around the edges of Earth’s atmosphere and strikes the surface of the moon.

The moon will be fully immersed in Earth’s shadow around 11:30 p.m., and it will remain that way for about 1½ hours.

Unlike a solar eclipse, you can view lunar eclipses with the naked eye from a location like your backyard or park — no special eclipse glasses are necessary since the sun is at your back rather than in front of you.

For the best viewing experience, you should head outside about 20 minutes before the eclipse starts to acclimate your eyes to the darkness. Equipment like cameras, telescopes and binoculars might need a couple of hours to adjust to the different temperatures and humidity outside, so bring your gear out well in advance to avoid any issues with dew or foggy lenses.

This marks the first of two total lunar eclipses visible from the U.S. this year. The next one will be later this fall on Nov. 7.

If the skies aren’t clear, fear not — you won’t have to miss the spectacle. NASA will be streaming the eclipse live on its YouTube channel. The stream will go live May 15 at 11 p.m.