Don’t miss these important dates and deadlines, and find out what positions candidates are running for. 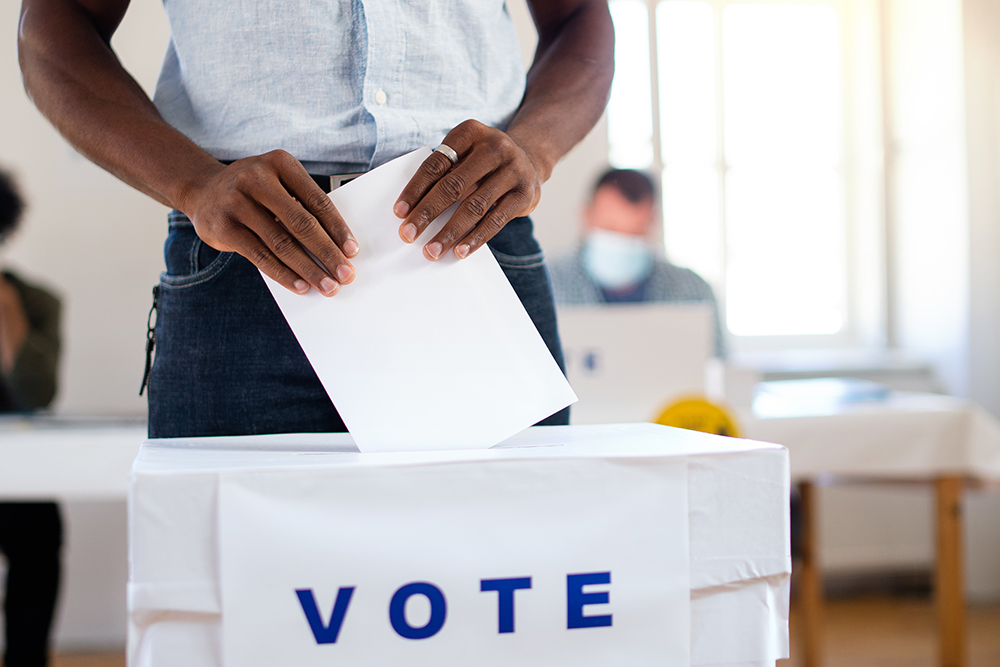 There’s much more to democracy than showing up to vote in presidential elections every four years, and 2022 is shaping up to be an important time for politics in Allegheny County and the commonwealth as a whole. But with so much information out there, it can be difficult to know where to start or where to go. But don’t worry — we’ve got you covered.

When are the deadlines, and where do I go?

The Pennsylvania primary election will be held on May 17, and the deadline to register to vote is Monday, May 2. You can register here.

Likewise, the deadline to request an absentee or mail-in ballot (which you can do here) is May 10.

This round of elections is the primary, where the purpose is generally to select Republican or Democratic candidates to run in the upcoming general election on Nov. 8.

If you aren’t sure what district you live in, you can find out here by putting in your county, city and street name. To find your polling place, you can enter your address here.

What are we voting for this year?

Primaries will be held to select a senator and congress people from the 18th and 17th congressional districts to represent Pennsylvania at the federal level.

All eyes are on the state’s high-profile open senate race because the winner could determine which party controls the U.S. Senate in Washington. The seat, currently held by retiring Republican Sen. Pat Toomey, is seen by Democrats as an opportunity to defend their 50-seat majority. The winner could provide a crucial vote on a number of hot-button issues Democrats have championed, including climate control and voting rights. Republicans, however, hope to hold onto the seat to gain control of the Senate.

Congressionally, Pittsburgh will soon have a new representative in Congress for the first time in 25 years, as Democratic Rep. Mike Doyle of the 18th district announced his retirement last year. Some progressive candidates view the opening as a chance to have a more outspoken and liberal representative. Ironically, there are some famous names on the ballot who do not belong to famous people, including Steve Irwin — a Democrat from Squirrel Hill, not the late Australian zookeeper — and a Republican also named Mike Doyle, no relation.

Similarly, the Democratic party is hoping to hold onto its seat in the swing 17th district, whereas Republicans hope for red in the Allegheny suburbs and Beaver County. Conor Lamb, a Democrat from Mt. Lebanon, currently holds the seat but will not be seeking re-election as he is running for the open U.S. Senate seat.

Pennsylvania is also electing a new governor in the closely watched gubernatorial race. This person could potentially reshape a wide array of contentious issues, including gun control, abortion rights and more. The governor also plays an important role in setting the state’s budget, education spending, jails and prisons, social programs and more.

Republicans hope to keep their majority in the state legislature; if this happens, a GOP governor would give them a complete hold on the state’s government. A Democrat, however, would divide the government that has been in place since 2015. As our current Gov. Tom Wolf nears his term limit, a whopping nine Republicans are running against Josh Shapiro, the state’s attorney general and the only Democrat in the field.

The state will also elect a new lieutenant governor this year. This person keeps an eye on local government agencies across the commonwealth and chairs the Board of Pardons and the Pennsylvania Emergency Management Agency. The Board of Pardons plays a role in criminal justice reform — another hot-button issue in this year’s primaries.

A state senator will also be selected to represent the 38th district, which encompasses the northern portion of Allegheny County — the North Hills suburbs, towns along the Allegheny River and the city’s East End. If a Republican candidate wins against the incumbent Democrat Pennsylvania Sen. Lindsey Williams, the party could increase its burgeoning stronghold on state legislature.

Additionally, 10 elections will be held for positions in the Pennsylvania House of Representatives in the following State House districts:

19th: Including parts of the North Side, Downtown, Hazelwood, Allentown and Beltzhoover, this Black majority district has been controlled by Jake Wheatley for quite some time. But when Wheatley accepted a position within Pittsburgh Mayor Ed Gainey’s administration, his spot opened up. A special election was held in April, and now two candidates are set to compete for a full two-year term in one of only two Allegheny County seats to have a Black representative.

20th: This largely Democratic district includes multiple Ohio Valley boroughs such as Avalon, Bellevue and West View, as well as some territory in the city’s northern suburbs. There are no Republicans on the ballot, but first-term incumbent Rep. Emily Kinkead faces another Democrat challenger, first-time candidate Nick Mastros.

24th: Before being elected mayor, Ed Gainey held this seat in the district that encompasses the Hill, Garfield, Friendship and Highland Park. The winner of this district will hold a full term starting next year.

30th: Located largely in the North Hills, this district promises a competitive general election come November. It’s an open seat, as first-term incumbent Republican Lori Mizgorski was drawn out in the midst of Pennsylvania’s redistricting. The area is also almost 50/50 Democratic and Republican voters.

33rd: This district is home to one of the most affluent parts of the area, Fox Chapel, as well as a range of neighborhoods in the Alle-Kiski Valley region. The recent closure of a coal-fired Cheswick Generating Station has thrown energy and the environment at the forefront of this race for a seat left open by new district boundary lines.

34th: The suburbs east of Pittsburgh, including Wilkinsburg, Edgewood, Swissvale, Churchill and North Braddock, are largely Democratic and one of the most racially balanced districts, with about a 60/40 white/Black population. Incumbent Rep. Summer Lee, whose bid for Congress has gotten its fair share of attention in recent months, has been a champion of criminal justice reform and environmental justice, too. She will face off against Abigail Salisbury, a candidate focused more on infrastructure, for the open House seat.

36th: Some of Pittsburgh’s southeastern neighborhoods like the South Side, as well as Mt. Oliver and Brentwood, are represented in this district. Its incumbent is seeking reelection for a second term.

39th: Republicans have long had an advantage in the white, working-class district that includes Elizabeth Township, Jefferson Hills, Finleyville, Somerset Township and parts of South Park. There’s no Democrat appearing on the primary ballot, meaning that the winner of the GOP primary will all but assuredly hold this seat next year.

40th: No Democrat has filed for this race, either, which spans parts of Allegheny and Washington counties including Upper St. Clair and Peters. These places are widely considered Republican strongholds, but the level of conservatism between the Republicans running for the seat vary.