Under legislation introduced by Pittsburgh Councilwoman Erika Strassburger, shoppers would have to either bring their own reusable bag or pay for a paper bag. 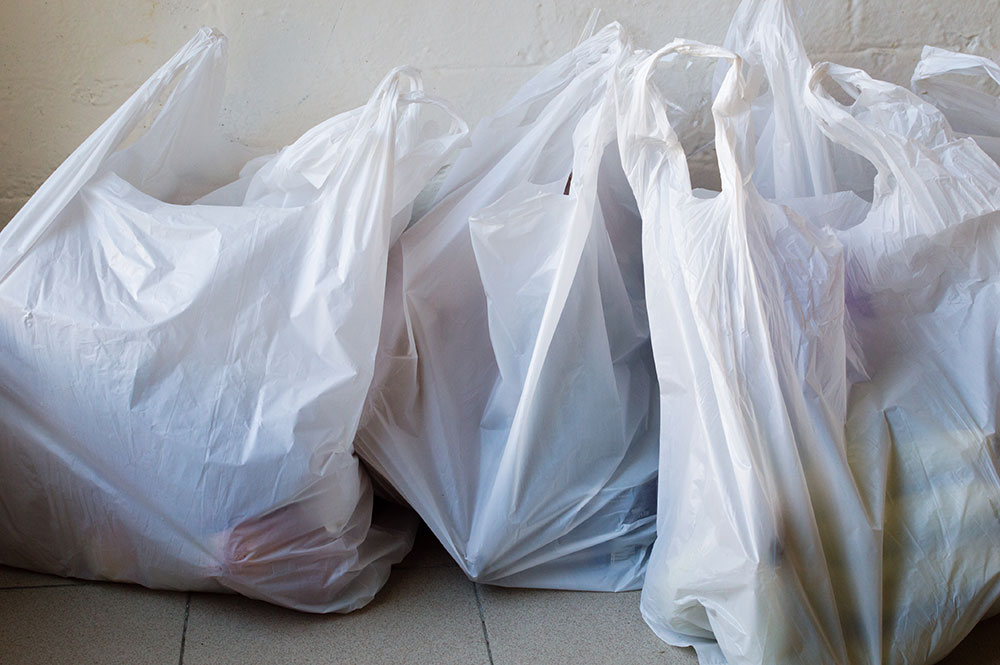 Trips to the grocery store may soon be looking a little different.

Under new legislation introduced Monday by Pittsburgh Councilwoman Erika Strassburger, customers would no longer be provided with a plastic bag at the grocery store or at other retailers. Instead, they’d be encouraged to bring their own reusable bags, or be charged 15 cents for a paper one.

That fee would be kept by each business in an effort to offset the cost of paper or reusable bags.

The bill is modeled after a similar bill passed in Philadelphia last year.

“The actions of elected and other leaders today will have long-standing ramifications for the children of the 21st century and generations to come,” Strassburger said in the release. “This plastic bag ban represents one more step in Pittsburgh’s march toward a healthier, more sustainable future, and away from the polluting, throw-away society we have become all too accustomed to.”

Businesses will be required to post information in their stores notifying customers in advance of these changes.

There would be a few exemptions; things like plastic bags for meat and fish, pet-waste or items from the dry cleaners or pharmacies would still be permitted.

Strassburger has been working on the ordinance in partnership with nonprofit organizations, business leaders, university leaders and other stakeholders. This summer, she, along with participating members of the Plastics Collaborative network, co-hosted a virtual Single-Use Plastics Summit event. The summit featured speeches and a panel discussion held by nonprofit, corporate and small business and local government leaders.

A large number of these bags will end up in a landfill or in the ocean, where they pose a threat to wildlife.

It goes on to say that fish eat thousands of tons of plastic per year, and that the toxins are transferred up the food chain to larger mammals — and humans, too.

“It’s estimated that globally, people consume the equivalent of a credit card of plastic every week, and it’s expected that there will be more plastic than fish in the sea by 2050,” it continued.

Earlier this year, PennEnvironment, a nonprofit dedicated to eliminating climate impacts, released a report that found microplastics in 100% of tested Pennsylvania waterways, even if they had no visible litter. The report also found that Americans generate more than 35 million tons of plastic waste every year.

Single-use plastic bags also clog storm drains and obstruct the city’s recycling machines. Beyond that, they take centuries to decompose.

“We shouldn’t allow plastic bags that we only use for a few minutes to pollute our rivers, streams, parks, and neighborhoods for hundreds of years — especially when we have so many other options,” PennEnvironment Deputy Director Ashleigh Deemer said in a press release. “A ban on single-use plastic bags is an effective way to curb this pollution, and it’s supported by more than 100 Pittsburgh businesses and community organizations.”

In September, PennEnvironment gathered supporters from every City Council district to sign a letter urging leaders to pass the ban. Signatories included the Center for Creative Reuse, the Ujamaa Collective, the Big Idea Bookstore & Cafe and various student organizations at local universities.

“Nothing we use for a few minutes should litter our streets, pollute our waterways and threaten our environment for hundreds of years,” the letter read. “If we truly want to protect our health and planet from the scourge of single-use plastic bags, the simplest, most straight-forward solution is to not have them in circulation in the first place.”

Some businesses in the area have already begun phasing out single-use plastics. Whole Foods doesn’t use them at all, and in 2019, Giant Eagle said they plan to get rid of them entirely by 2025.

After yesterday’s meeting, the council will have weeks to discuss any concerns they may have. If passed, the bill will go into effect 180 later.

Still, there are a few uncertainties remaining. It is not yet clear what penalties businesses could face for noncompliance. In Philadelphia, businesses will receive a warning until April 2022, at which point fines carrying a minimum weight of $150 will be issued.

Lawmakers are also still working out ways to make sure the bill is equitable. This could include providing a reusable bag to every resident, or a “carve-out” for people who receive SNAP benefits or other social service assistance, according to the Post-Gazette.