What Will You See at Astrobotics New Moonshot Museum on the North Side?

The North Side-based technology company is developing lunar rovers and will allow visitors to witness production in action. 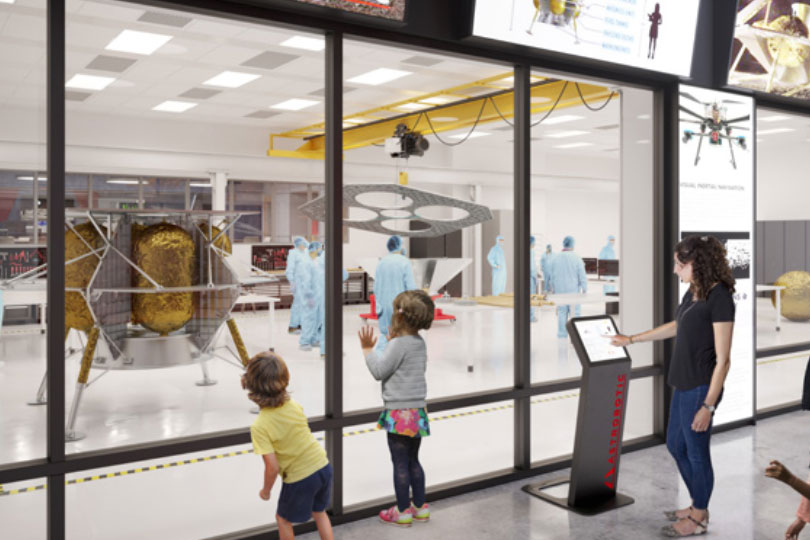 Museums are often places where you can explore the past. Astrobotic’s new Moonshot Museum, set to open next summer, will focus on the future of space exploration.

The museum will be located inside the company’s North Side headquarters at 1016 N. Lincoln Ave., and the main attraction will be a window that provides a view of workers developing lunar landers and rovers; in 2020, NASA awarded nearly $200 million to Astrobotic to deliver a NASA Rover to the moon.

”Space is more than just rocket science,” says John Thorton, Astrobotic CEO and chair of the Moonshot Museum’s Board of Directors. ”We want to provide the ‘spark’ – that moment when an individual is inspired to pursue a space or tech career who may not have otherwise done so.”

Museum Executive Director Sam Moore says people may think of anything from stars to engineers when they think of space, but the common theme is the persistence of curiosity.

“Curiosity is a spark that can either catch fire or fizzle out – and we want it to catch,” he says. “Fostering confidence for those traditionally under-represented in STEAM is of vital importance.”

Seed funding for the nonprofit museum came from The Richard King Mellon Foundation, and there’s information on the museum’s website for anyone who would like to make a donation or volunteer in the future.