What We’re Reading in September

Reviews of poetry collections by Michael Wurster and Robert Walicki. 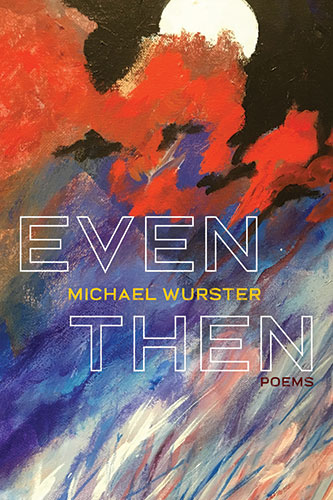 Even Then
by Michael Wurster
University of Pittsburgh Press; $17

The first living poet I encountered was Michael Wurster, and I’m certain I am not the only Pittsburgher who can make that claim. I was 15 or 16 years old and just beginning to play around with words on the page; he was the keynote speaker at a citywide event for high school writers. You never forget your first.

Wurster has been a mainstay of the poetry community for decades. In 1974, he co-founded Pittsburgh Poetry Exchange, a loose affiliation of local writers who run workshops and organize readings throughout the city. You can usually find him on any given evening at a reading somewhere around town, leaning on his cane and appreciatively listening to verse filling the room.

Even Then is his latest collection of poems and an excellent starting place if you are unfamiliar with his work. Wurster’s poetry is filled with references, both local and literary. It’s the sort of writing that could be considered academic if it weren’t for the mischievousness embedded in the plainspoken lines.

A bit of literary insider-ness from “The Hotel Earle:” “Then, in Lisa Jarnot’s biography of Robert Duncan, / she mentions Duncan stayed at the Hotel Earle / in April 1962 on one of his visits to New York City.” is followed by an insouciant wink, “I remember a nearby mission. / They had great soup and doughnuts. / You had to listen to the sermon first.”

A quirky cast of characters floats through these pages, some of whom would no doubt be amazed to find themselves rubbing elbows in such company; Ezra Pound, Charley Patton and Pope Benedict immediately spring to mind. The beauty of these poems is in the genuine surprises that lurk around each corner.

Wurster, naturally, says it best in “Imagination:” “This is the magic of it. / He can call on great or humble, / the real or fanciful, living / or dead, to his side in the moonlight”. 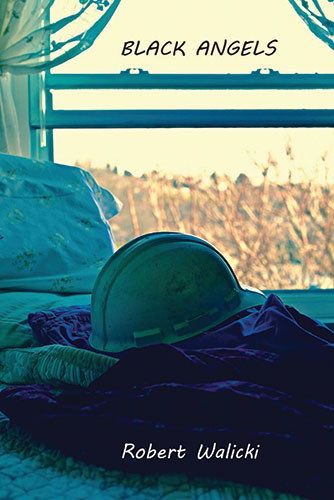 Robert Walicki’s poems are intensely personal dissections of masculinity. In two previous chapbooks, he explored the social construct of maleness through the twin lenses of blue-collar work-life (many of his poems detailing jobs on construction crews) and the more slippery gender dynamics of art and pop music (think Prince and The Cure).

What is socially acceptable for men to feel and express, as well as what they can wear is the great theme of Walicki’s work.

Black Angels, his first full-length collection, opens with a truly impressive sequence of poems depicting the long shadow cast by the death of the speaker’s father. “What the Light Wants” sets the tone, and the personal stakes, for the collection.

While dressing a scarecrow in his father’s old shirt, the speaker reflects “I have to leave him here, / long stems and thistle. / The crows take pieces of him off with their beaks.” He follows with a devastating realization, “There are parts of him everywhere.”

Due Date
Sept. 5
The novelist Lan Cao was born near Saigon and immigrated to the United States in 1975 at the age of 13, days before the fall of the Vietnamese city. Her books “Monkey Bridge” and “The Lotus and the Storm” tell the story of the conflict from the point of view of the Vietnamese, exploring the traumatic effect the war had on the country. She visits the Heinz History Center as part of the ongoing Vietnam War Speaker Series.
STRIP DISTRICT:  1212 Smallman St.
412/454-6000, heinzhistorycenter.org