What We’re Reading in March

Reviews of two biographies this month, one of former Pittsburgh Mayor Sophie Masloff and another of August Wilson –– aimed at younger readers. 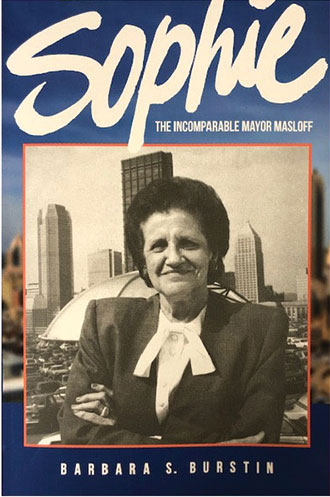 Early on a Friday morning in May 1988, Pittsburgh witnessed the swearing-in of a very unlikely new mayor. Sophie Masloff became the first woman, as well as the first Jewish person, to hold the office. Only 10 hours earlier, former Mayor Richard Caliguiri was pronounced dead due to heart failure. Caliguiri’s passing left Masloff, as president of City Council, next in the line of succession.

Barbara S. Burstin’s chatty biography Sophie: The Incomparable Mayor Masloff traces the former mayor’s life from her childhood in the Hill District in the early years of the 20th century to her rise through the ranks of Pittsburgh’s Democratic machine. Burstin is deft at distilling the ins and outs of Pittsburgh politics into plainspoken prose; she’s also deft at pointing out the major players and outsized personalities in those years.

Masloff served out Caliguiri’s term, then went on to win a full term in the 1989 election; she would lead Pittsburgh through pivotal years in the city’s history. Burstin notes that Masloff “didn’t have an easy task.” The collapse of the steel industry left Pittsburgh “teetering on the economic edge.” Masloff’s course of action was two-fold: stabilize the economy and restore Pittsburghers’ pride in their city. Things we take for granted today, such as the city’s recycling program and the bright blue street signs, started with Masloff’s administration. Even the idea of the Pirates and Steelers having their own dedicated homes (rather than sharing Three Rivers Stadium) was first raised by Masloff.

Along the way, Sophie Masloff rose from a local character to something of a national celebrity. Whether she was being crowned the Queen of Mardi Gras, with Myron Cope as her king, or referring to Bruce Springsteen as Bruce Bedspring, Mayor Masloff never took herself too seriously. As Burstin observes, “Sophie was one of a kind with her distinct voice, her bouffant red hair, her quips and malapropisms.” “Sophie: The Incomparable Mayor Masloff” does a fine job of rendering the life of this uniquely Pittsburgh politician. 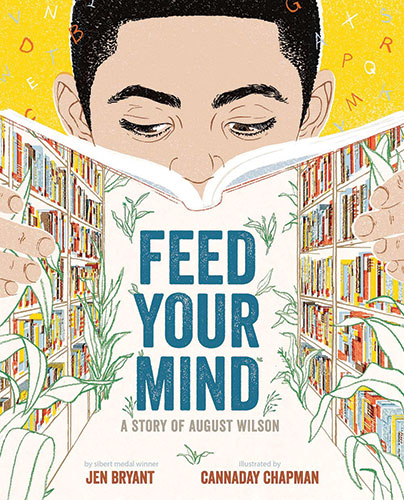 Bryant takes a cue from Wilson’s plays and breaks the book into two separate acts. The first traces Wilson’s early exposure to and love of language and reading via his mother. This dexterity with words leads directly to his confrontation with a teacher who accuses him of plagiarizing a paper and subsequent decision to drop out of school. The second act sees Wilson come into his own as an observer of people as his ability to render their speech on the page bursts into full poetic flower. I highly recommended this for the young reader in your life.

The North Side’s City of Asylum hosts this year’s Steel City Grand Slam. The event features 13 of Pittsburgh’s top performance poets in competition for four coveted spots that will make up the team that goes on to the two-day Rust Belt Regional Poetry Slam in Cleveland. If you’re not familiar with slam poetry, this is the perfect opportunity to experience the wide pool of verbal talent Pittsburgh has to offer. Keep in mind that slam is a performance-based medium, so if you’re expecting to hear poetry akin to Robert Frost’s or Emily Dickinson’s you may be in for a delightful eye- and ear-opening surprise.
NORTH SIDE: 40 W. North Ave.; 412/435-1110, alphabetcity.org