What We’re Reading in January

Reviews of "Hell with the Lid Off" and a memoir by Phil Bourque of his time playing with the Pittsburgh Penguins. 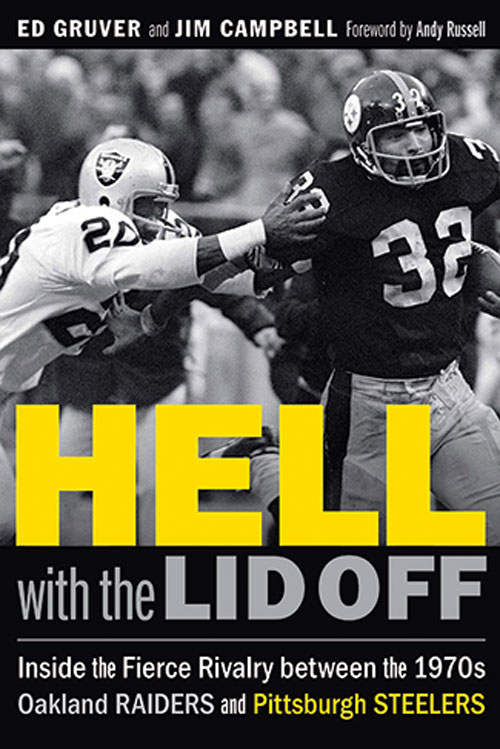 Hell with the Lid Off
by Ed Gruver and Jim Campbell
University of Nebraska Press
$29.95
At its best, sports foments a kind of benign tribalism. Win or lose, a team’s fan base is saturated not in shared feelings of Us vs. Them as much as a pervasive awareness of This Is Us. In times of crisis, displays of exceptional athletics from a team representing Us can even lift a community out of despair and worry by way of its own success.

Former Pittsburgh Steelers linebacker and two-time Super Bowl champion Andy Russell writes in his forward to “Hell with the Lid Off,” a history of the rivalry shared between the Steelers and the Oakland Raiders in the 1970s, written by Ed Gruver and Jim Campbell, “After decades of being known as the ‘Steel City,’ Pittsburgh was in something of a funk by the end of the 1960s and into the 1970s. The production of steel was down, and unemployment was rising. In general, Pittsburghers were not feeling so good about themselves.”

The authors suggest the moment when things began changing for the better, both for the Steelers and Pittsburgh’s self-image, was the moment a brutal collision between Oakland safety Jack Tatum and Steelers running back “Frenchy” Fuqua resulted in a wildly ricocheting football that miraculously found its way to the fingertips of Franco Harris resulting in the most famous play in NFL history: The Immaculate Reception.

The Pittsburgh Pirates had won the World Series the previous year, and now the historically woebegone Steelers were doing their part to transform Pittsburgh into The City of Champions. The Steelers wouldn’t bring home the Lombardi Trophy until 1975, but here, with the Immaculate Reception, the team gave its city something to believe in.

Gruver and Campbell tell the compelling story of the two teams that created that spectacular football moment in 1972 and the hard-hitting rivalry that grew out of that controversial play, which Raiders fans still refer to as The Immaculate Deception. The authors document the histories of the teams and the outsized personalities of key figures such as Fuqua, aka The French Count, Mean Joe Greene and Terry Bradshaw, as well as Raiders’ stalwarts Kenny “The Snake” Stabler, owner Al Davis and coach John Madden. “Hell with the Lid Off” is a well-told tale of an earlier, more colorful era of professional football. 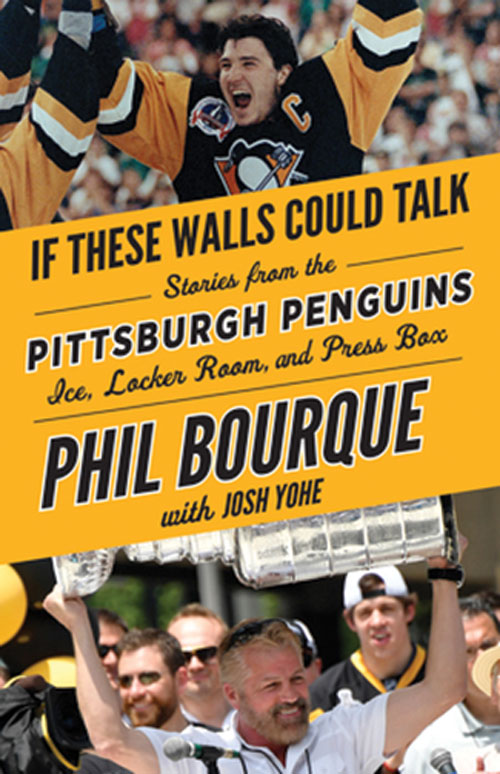 If These Walls Could Talk: Stories from the Pittsburgh Penguins
by Phil Bourque with Josh Yohe
Triumph Books
$17.95

Much like the Steelers, the Pittsburgh Penguins took their own sweet time in becoming a force to be reckoned with. Founded in 1967, the Pens would not hoist the Stanley Cup until the 1990s. Phil Bourque joined the roster of the Penguins in 1988 and went on to win two championships alongside his teammates Mario Lemieux, Jaromir Jagr, Paul Coffey and Tom Barrasso.

His memoir, “If These Walls Could Talk: Stories from the Pittsburgh Penguins Ice, Locker Room, and Press Box” is a warts-and-all-look at Bourque’s life and career. Fans of his current work as a color commentator alongside Mike Lange will enjoy this conversational book that lifts the curtain on the life of a professional hockey player.

Local comic book creator and illustrator Jim Rugg drops by Pittsburgh Arts & Lectures Words & Pictures series. Rugg is the creator of popular comics such as “Street Angel” and “Afrodisiac.” In 2007, he created the series “The Plain Janes” with writer Cecil Castellucci, which follows the adventures of four young women in high school who form an art gang to enliven their suburban community. Rugg has won both the Eisner and Ignatz awards for his work in the field of comics.  OAKLAND: Carnegie Library Lecture Hall, 4400 Forbes Ave.; 412/622-8866, pittsburghlectures.org

This article appears in the January 2020 issue of Pittsburgh Magazine.
Categories: Arts & Entertainment, Things To Do