The poems in “Greasy Handshakes, ” by Trafford native Richard Gegick, reflect the shift in the American economy away from manufacturing. 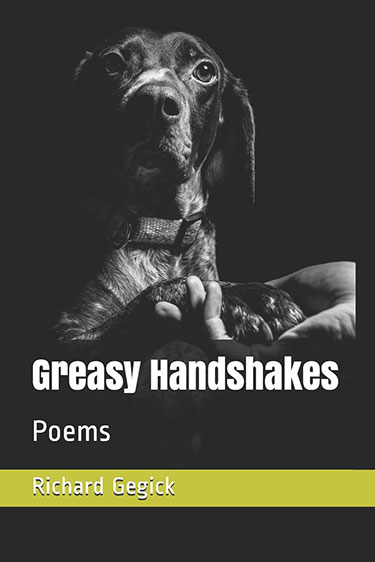 The former United States Poet Laureate Philip Levine wrote in “The Bread of Time” about his struggles as a young writer in Detroit working at Chevrolet Gear and Axle: “I worked the night shift, from midnight to eight in the morning, then returned by bus to my apartment, slept for a time, and rose to try to write poetry, for I believed even then that if I could transform my experience into poetry I would give it the value and dignity it did not begin to possess on its own.”

Levine’s Pulitzer Prize-winning poems are known for their grittiness and unsentimental view of blue-collar labor. I was reminded of Levine’s work more than once while reading Trafford native Richard Gegick’s “Greasy Handshakes.”

The poems in “Greasy Handshakes” reflect the shift in the American economy away from manufacturing. Currently, the service industry accounts for 80% of private-sector employment, and Gegick, who has spent more than a dozen years waiting tables, gives voice to these workers.

“People love to talk,” begins the poem “A Real Job,” “when servers complain / about low wages, lack of health care and sick days, / getting stiffed on tips, // they say if we don’t like it / we should find a real job, // as if jobs with health care, vacation days, / and a 401k grow like dandelions / in derelict mill-town front yards, // as if what we do for money is fake.”

Gegick’s poems bestow that same dignity that Levine looked for in line cooks, waitresses and others struggling to pay bills in our gig economy. The devastating portrait of Tony and his roommate Daryl in “The Ocean” is especially effective. “I went to their apartment once, / and they slept on bunk beds like jail,” writes Gegick. Now Daryl is “dying of cirrhosis” in a Cleveland hospital and Tony spends his time driving from Pittsburgh to Cleveland and back again between shifts at a restaurant.

When the poet asks Tony about Daryl’s condition he replies, “Not good”. The poem ends with Tony saying, “But at / least while I was up there I finally / got to see the ocean.” What does it mean to mistake Lake Erie for the ocean? When your life is so circumscribed by the serious details right in front you — bills, work, death — the distance to the other side of a lake might as well be limitless. If you can’t see the shore from where you stand, who’s to say it’s really there?

It’s not all dour business in these poems. Gegick’s love for Pittsburgh shines through on every page. His city is one where “(o)n any night someone will play The Skyliners” and “the smell of kielbasa and kraut / on Steelers Sunday” is pervasive. But as he writes in “Bob’s Lounge,” “Really we’re only afraid of / how much we love / this place without it / ever loving us back.” 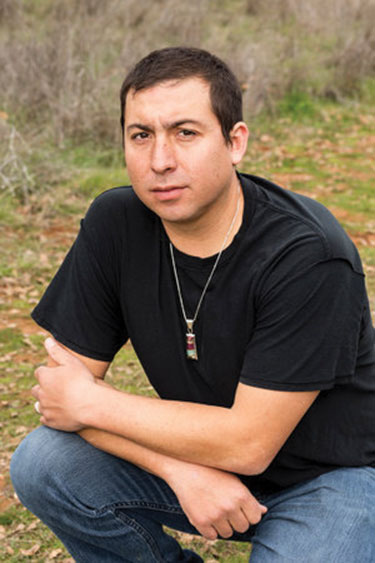 Tommy Orange, whose debut novel “There There” was a finalist for the 2019 Pulitzer Prize for fiction, visits Pittsburgh Arts & Lectures Ten Evenings series. A member of the Cheyenne and Arapaho Tribes of Oklahoma, Orange writes with a focus on the experiences of urban Native Americans, an invisible diaspora spread across the sprawling cities of America.  The profundity of Orange’s work belies his young age; he’s not one to shy away from difficult issues such as addiction, abuse and suicide. Novelist Colm Toibin wrote in The New York Times, “Nothing in Orange’s world is simple, least of all his characters and his sense of the relationship between history and the present.”

This article appears in the February 2020 issue of Pittsburgh Magazine.
Categories: Arts & Entertainment