What We’re Reading in April

“Tender - A Literary Anthology and Book of Spells: Evidence” by Deesha Philyaw and Vanessa German. 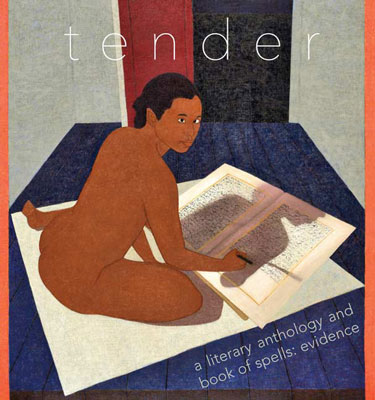 As Deesha Philyaw and Vanessa German were sending their book to press, Pittsburgh’s Gender Equity Commission released a report on stark racial and gender inequities and disparities experienced by Black residents — particularly women — in the city.

The editors address this in their introduction to “Tender – A Literary Anthology and Book of Spells: Evidence.”

Philyaw and German write, “The report found that if we picked up today and moved from Pittsburgh to the majority of any other cities in the U.S., automatically our life expectancy, income, and employment prospects would rise, and our children would have greater educational opportunities.” They continue, “We are writing to you from a city that is, quite literally, killing us.”

“Tender – A Literary Anthology and Book of Spells: Evidence” (published by Art House) is then an all-the-more necessary collection of writing and art from Black women in Pittsburgh that includes poetry, fiction and personal essays. All of the work included celebrates “the audacity to have joy / right where you are” as the prefatory poem (here called a spell) “Super Power: Tenderness” has it.

Poet Shanikqua Peterson diagnoses this moment that we have all arrived in together. In “The Misplacement of Love” she writes,

“It is the forgiveness that makes us

And the reality that makes us pained

We close our eyes to what we can’t

And hold too close to what is

In these pages, daughters reflect upon, and sometimes mourn, the lives of their mothers. Philyaw’s “Whiting” is a study in both emotional catharsis and literary compression. In two and a half pages, she sits vigil over her dying mother while her estranged father attempts to make amends. “For thirty-three years, I put up a good fight. But my mother lies dying across town. Cancer rages and, believing that I must always be looked after in this world, my mother has asked my father to make things right with me. And she has asked me to let him.”

Celeste C. Smith expresses the flip-side, the rage and terror felt by a mother. “(E)ach morning when I open my laptop, I witness the murder of another Black or Brown person. Every. Single. Day. I witness the death of someone’s child.”

The editors declare this anthology “a balm made for ourselves, that we now share with you.” The book is both a plea for and an offering of tenderness to the reader, to the community of Black women writing and making art or simply trying to survive in Pittsburgh. The editors write: “If you need permission to be tender with yourself and others, this collection is that permission. If you need to feel less alone in your part of the world, we, in these pages, are with you.”