The park will reopen Friday with doubled police presence and additional security enhancements. 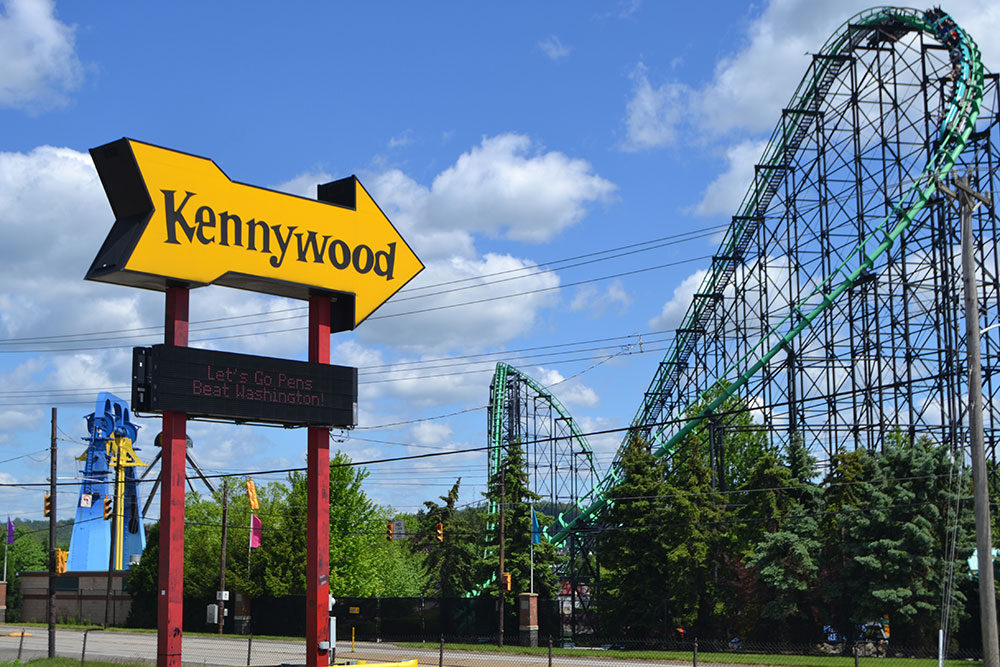 After three people were shot and more were injured on Saturday night, Kennywood Park officials announced new security measures and clarified those that were already in place.

In a press conference Wednesday morning, the park announced new measures throughout — and outside — the park to enhance security and patrols. All normal security procedures and staffing, officials say, were in effect on Saturday night; while it is not yet known how the weapon entered the park, Kennywood general manager Mark Pauls says they will be taking additional security measures both at the front gate, inside the park and along the park’s fence line.

“We did patrol the fence line on [Saturday] night, so there were police officers and security guards that randomly patrolled,” Pauls explains, noting that permanent guards will now remain in place at the fence during operating hours. “We also had our chaperone policy in place … That we did all summer long, as well.

“Police coverage, we’ve had in place all year. We had it last year; we had it this year … We’re going to double up on our police coverage. Twice as many police officers in the park on a given day.”

Key updates to the park’s security policy for Phantom Fall Fest include: a heightened chaperone policy requiring anyone 17 years of age and under to be accompanied by an adult throughout the day (a previous policy only applied to minors who entered after 4 p.m.); a stricter bag policy, banning all bags other than small clutch-style purses, medical bags and diaper bags; doubled police presence inside the park; guards stationed alongside the park fence whenever the park is open; and a ban on non-medical masks, makeup and other face coverings.

The shooting occurred late Saturday night during the first weekend of the park’s annual Phantom Fall Fest event. Three people — two teenagers and one 39-year-old — were shot, and a number of additional injuries were reported among people who were hurt in the rush to leave the park after shots rang out.

No arrest has been made. The park declined to comment on the specifics of the incident, citing an ongoing investigation.

Park guests pointed out to local news outlets that traditional metal detectors were not in use Saturday night; according to Pauls, that’s a result of new, high-tech Evolv security systems meant to bypass the need for metal detectors.

An Evolv representative, who demonstrated the technology during the press conference, clarified that the system is designed to detect weapons and ignore other metal objects such as keys and belt buckles. Pauls says all guests on Saturday night did walk through the weapon detection system, and states that it was functioning normally throughout the evening. (It is not yet known whether the shooter entered the park through the front gate or managed to enter by hopping a fence or otherwise evading security.)

The technology, which combines artificial intelligence and sensors, is also in use at Acrisure Stadium and four other NFL stadiums, as well as several Downtown arts venues. As the Pittsburgh Post-Gazette reported, however, some analysts have expressed concerns with the system’s ability to accurately detect all firearms.

Kennywood will reopen on its fall schedule Friday and continue operating on weekends (and select Thursdays) through Oct. 30. Pauls wants park guests to know that the park remains focused on security.

“When we talk about doubling police, that’s a significant investment … I want people to know that we were doing [weapons screening.] Just like everyone else, we’re thinking about that fence line.”