What Happened When We Searched for Ghosts

Haunted Hunting. Too scared to embark on a ghost hunt? We took the plunge so you don’t have to. 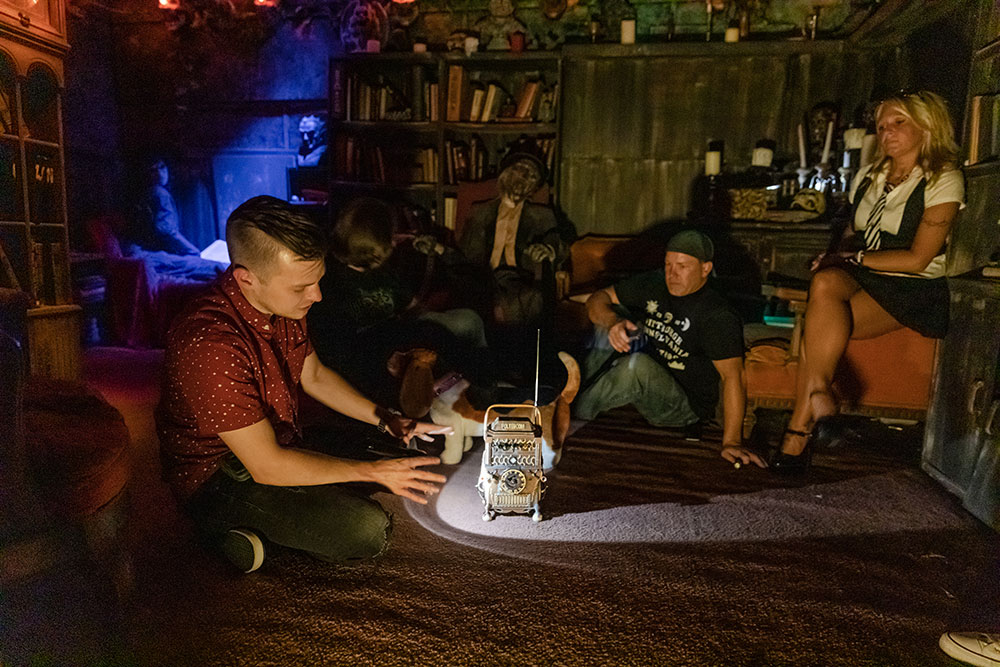 Ghost hunting is not in my wheelhouse. I prefer to indulge in scary things from the comfort of my couch, where I can turn on lots of lights when I (inevitably) get scared. But I’ll do anything for a good story — and that’s how I found myself climbing the stairs at Castle Blood in Monessen.

Built in 1905 by one of the four founders of the town, the building was converted into a funeral home in the 1930s. The last funeral director passed away in 2009; the building went unused until 2014, when Ricky Dick bought it and turned it into a haunted attraction. When he started hearing matching ghost stories from employees and guests, Dick realized his haunted house might actually be … well, haunted. 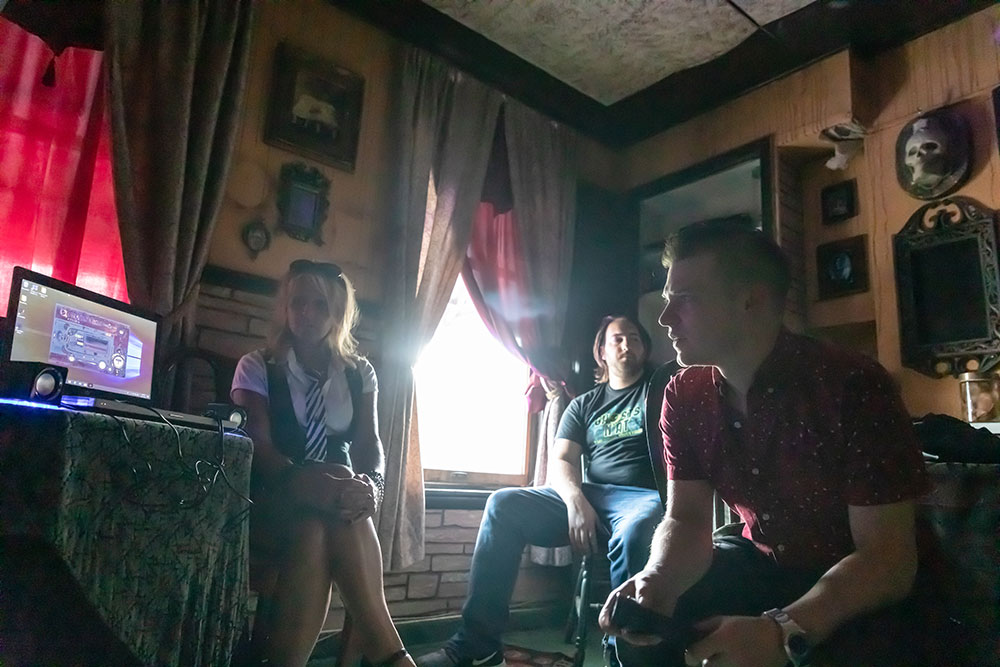 For one evening, I became one of those interested people. Armed with nothing but two borrowed flashlights and a gold cross on a chain (no getting possessed for me, thank you), I made my way into the building. 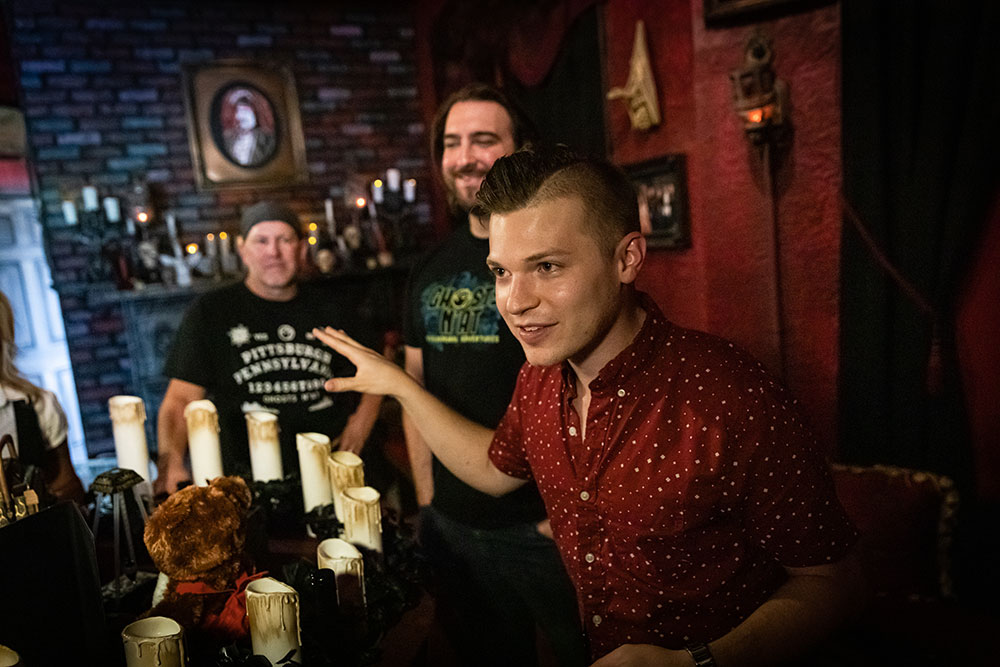 In our first room, a parlor on the main floor, McGinnis warned that nothing in this field is guaranteed. “We’re usually fairly successful,” he says. “But [finding a ghost] is something we never want to promise people.”

Here, and for every room on the hunt, the team members used a voice recorder to try and pick up “electronic voice phenomena” that can’t be heard with your ears. They asked the spirits some questions; the playback from this room, and the basement viewing room we moved to next, sounded like static to me (although a few of the team members claimed they heard some responses amid the noise). 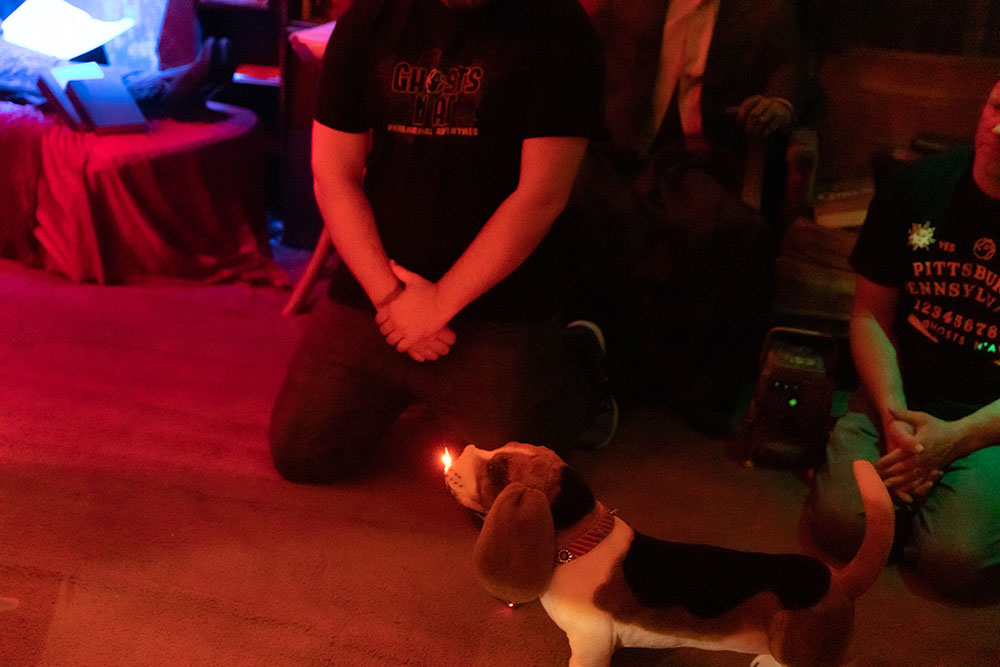 I was definitely spooked during our third stop: a basement library. A “trigger object,” something designed to respond to interaction — in this case, a stuffed dog whose nose and collar lit up when it encountered an electromagnetic field — started going off, with no living creatures nearby, right after we heard a loud bump outside the door. A real bump in the night, if you will.

I was ready for spooky things to stop happening after that, but I had no such luck. In the last room we visited — an old embalming room — a light (one ensconced in the mouth of a skeleton, nonetheless) started flickering and went out right beside my left ear. I moved, everyone laughed, and my attempt to play it off as anything other than terror fell on deaf ears.

I was glad to see the outside when we were done. Still, I can’t say this hunt made a believer — or a committed non-believer — out of me. While some creepy things did happen, a dedicated skeptic could explain them away. 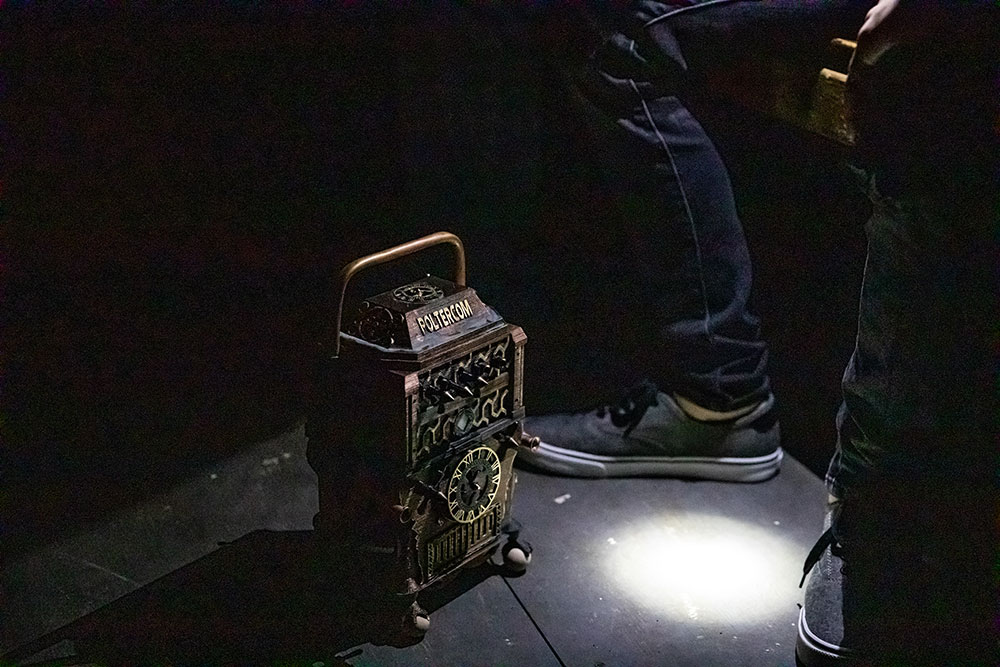 The team at Ghosts N’at are true believers. If anything, their journey showed me how many things there are in the world that we don’t understand. And isn’t that the most scary thing?

No. Old, possibly haunted funeral homes are the most scary thing.

This article appears in the October 2019 issue of Pittsburgh Magazine.
Categories: Things To Do