What Brought These Weird Wanderers to Pittsburgh?

Creative couple Boaz Frankel and Brooke Barker, recently settled in Pittsburgh, have a new book about relationships — human and otherwise — in time for Valentine’s Day. 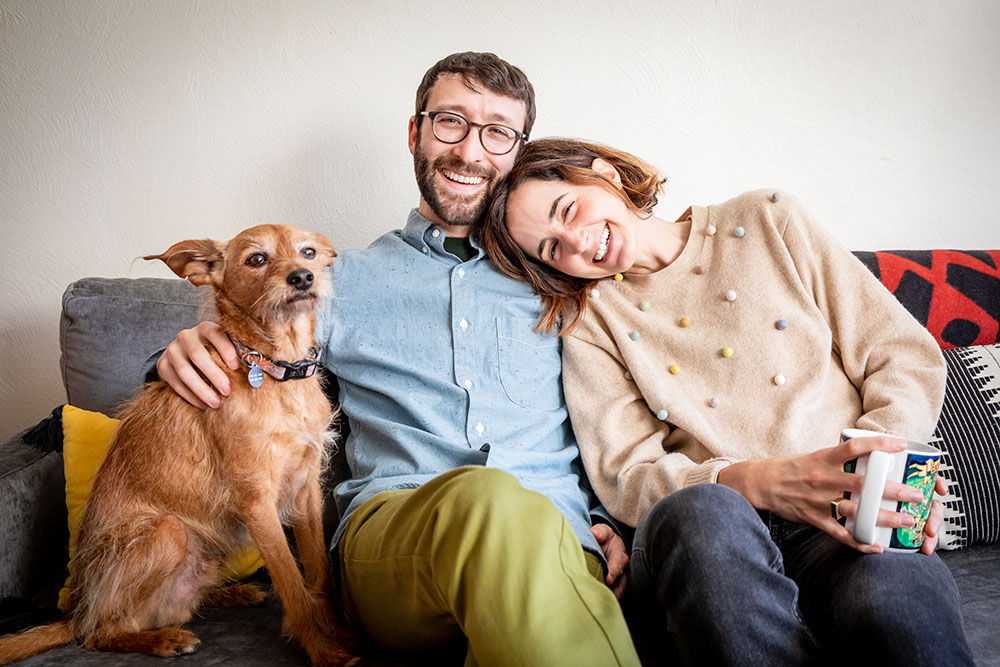 Brooke Barker and Boaz Frankel lived all around the world — Amsterdam, France, the Pacific northwest — before settling down in Pittsburgh.

“I’m a writer and an illustrator, and Boaz is a writer and filmmaker,” says Barker, who created the New York Times bestseller “Sad Animal Facts,” based on her popular Instagram account of the same name. “We’ve been figuring out how to live in different places; we got obsessed with Pittsburgh last year and moved here.”

The husband and wife say it was the kindness of Pittsburghers that drew them to the city.

“We heard it was just a place where people were really community-focused and ready to support things and get things going, and when we moved here, that was so true,” Barker says. “People show up to things and people support each other.” 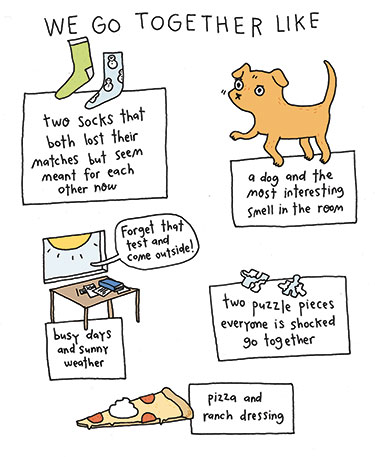 Since touching down in the Steel City, the couple has embarked on a range of projects. Frankel is creating a series of videos on Pittsburgh neighborhoods; his goal is to hit all 90, in alphabetical order. (He’s through the first seven, from Allegheny Center through Bedford Dwellings.) They can be seen on his website, stuffbyboaz.com.

The couple also recently completed a book, “Let’s Be Weird Together,” that they say has been in the works for years. The volume is made up of illustrations and text reflecting humorously on the uniqueness and oddities of love.

“Let’s Be Weird Together” highlights the little things: getting a song stuck in your head, or memorizing one your partner likes. In a nod to “Sad Animal Facts,” there are animal relationship facts aplenty, as well as the occasional romance-themed world record.

The book aims “to celebrate this tiny two-person universe that two people in love make,” Barker says. “It’s super weird and it takes their weirdness and mixes it together in this thing that we think is cool.”

Frankel and Barker will embark on a book tour in the weeks leading up to Valentine’s Day. Their Pittsburgh appearances are scheduled for Wednesday, Feb. 12, at White Whale Bookstore in Bloomfield, and Saturday, Feb. 15, at Riverstone Books in McCandless.

The spark of “Let’s Be Weird Together” came from a linguistic puzzle, the couple says. They felt the language around relationships — boyfriend, partner, wife — were vague, nondescript and often impersonal. Those limited terms leave a lack of proper descriptions, Barker says. 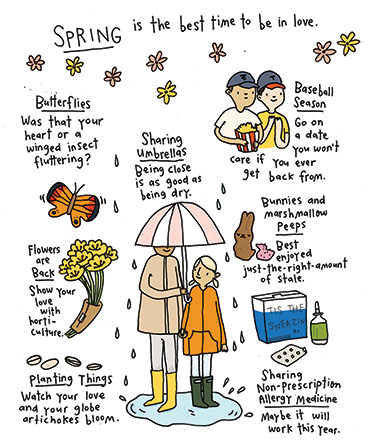 The illustrations in the book — which also comes with a sheet of temporary tattoos — aren’t merely cute pictures (though they definitely are cute). They’re depictions of real-life couples from all over the globe.

“I didn’t want to just draw us over and over again … so I asked online for people to send in pictures of them and their partner,” Barker says. “When the pictures came in, it was so exciting to start making the book.”

This article appears in the February 2020 issue of Pittsburgh Magazine.
Categories: Arts & Entertainment