What Anthony Bourdain Meant to Me

Reflecting on the loss of a person so many of us admired. 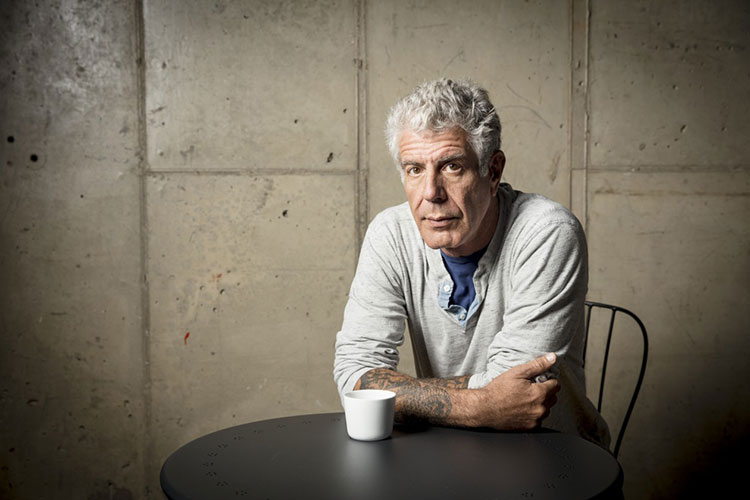 Anthony Bourdain was my professional hero.

Deep into my master’s in Food Studies thesis presentation, the director of the program asked me how what I proposed to do was any different than — full snark — Anthony Bourdain? “Well,” I said, gesturing to the sky, “He’s very tall.” Pause. “And I’m not.”

My response drew thunderous laughter — and one burning-you-with-my-eyes glare — from the room. I was flip in the moment because I'm the kind of person who will knock out a joke if you (intentionally or not) set me up for one. Anything for a laugh, right? Yet the question was spot-on. I planned on telling stories which focused on Pittsburgh rather than ones exploring the globe, but, other than that, not much was different. Anthony Bourdain paved the perfect model for what I wanted to do with my life.

Bourdain popularized the wild, whimsical and gluttonous parts of the restaurant world better than just about anyone, taking us on aspirational journeys to establishments most of us won’t get to try. But he also encouraged a global audience to look for deeper meanings in local foodways, prompted discussions about social inequality and, toward the end of his life, called out the horrific and often abusive nature of gender inequality in the service industry.

Bourdain wasn’t the first journalist to personalize the iconic chef, share the heartwarming (and heartbreaking) story of the subsistence farmer or get weird with the craggily sports writer who knows the best dive bar in any given town. He did it with a rare talent for insight and empathy, though, and drew a huge audience. Through his brilliant storytelling he pulled us into an exploration of culture in a way that echoed classic film, television and narrative storytelling more than a basic travelogue.

I was, at first, shoulder-hackled and sad that he didn’t want to meet me when he was filming his Pittsburgh episode of Parts Unknown, stewing as I watched a stream of Instagram posts from people I knew having a hoot at Jozsa Corner and eating an Italian barbeque at White Oak Farm. As I reflected on my feelings, it didn’t take me long to realize that gathering the perspectives of writer Stewart O’Nan, activist Sala Udin, filmmaker Tony Buba, chef Jamilka Borges and bar manager Maggie Meskey would be significantly more interesting to him than hearing the story of “local guy with a similar job.” No matter how you feel about the Pittsburgh episode, it’s hard not to respect how Bourdain dug his heart and his hands deeper than anyone else who has blown through town to talk about our “foodie culture.” He didn’t accept the narrative; he crafted his own.

It might feel strange that the death of someone you don't know could evoke a cascade of feelings, but that doesn’t make what you're going through any less real. Like many people I know, I’ve had a tough time navigating since the announcement of his suicide. I’ve also felt empowered to share my own story, finding comfort talking to others about my own dark secret of being paralyzed for years by anxiety and depression. I’ve talked about the emotional paradox I often feel now in having a career that allows me the thrill of following my urge to explore, to learn more, see more and tap into people’s stories yet can, at times, also evoke intense feelings of loneliness.

I have no idea if Anthony Bourdain felt the same way. It doesn’t matter. What matters is that his death can serve as a wake-up call for all of us to strengthen the relationships with the people we love. And to be open about how we’re feeling.