Ice skaters now have plenty of options just as the cold weather settles in. 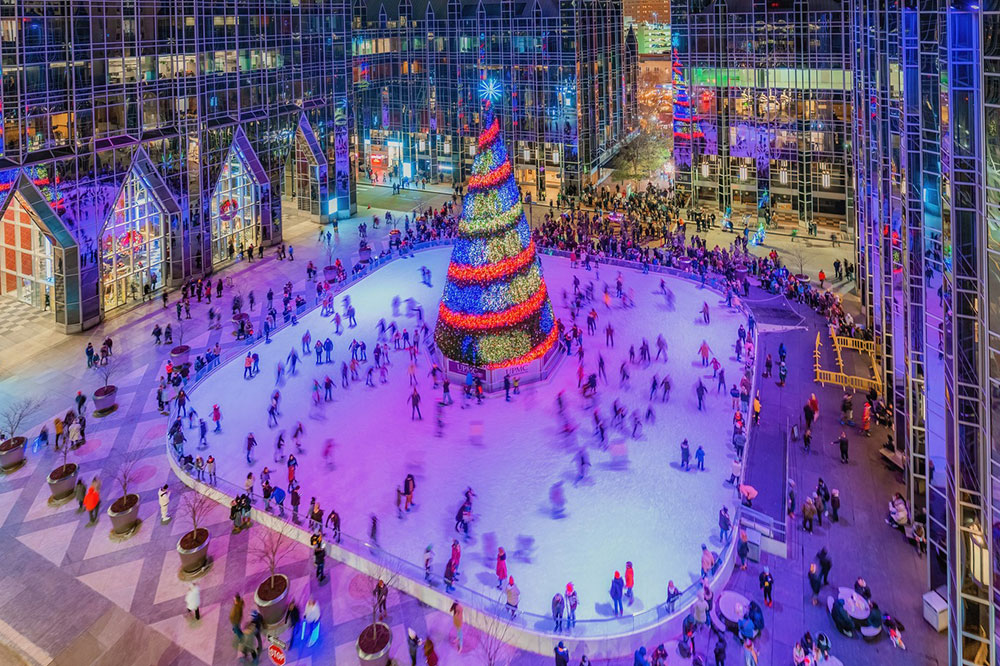 Lace up your skates and hit the ice, Pittsburgh! The winter season is upon us, and there’s no feeling quite like gliding across a freshly frozen rink with the cool air fanning across your cheeks.

Enjoy fun for the entire family at one of Pittsburgh’s rinks, including special holiday events such as skating with Santa at Schenley Park or the UPMC Rink at PPG Place, Downtown. Hockey programs for children and adults are also held at the rinks at North Park and South Park. Celebrating a winter birthday or celebration? Some of the rinks are also available for rentals.

Skaters both young and old hit the Schenley Park Ice Skating Rink (10341 Overlook Drive, near the tennis courts) Monday for the first time this season. The Schenley rink has been providing entertaining experiences for the community since 1975.

Tuesday Family Nights begin on Jan. 10. One child will be admitted free with each paid adult. Use the code TUESDAYFAMILY when purchasing tickets online.

The North Park Rink is located at: 1101 Pearce Mill Road, Pine. In addition to public skating sessions, North Park hosts a 3v3 Penguins Foundation Women’s Hockey League from Nov. 21 to Dec. 19 this year. Matches are held from 8 to 9 p.m. each Monday. Open Stick Times are also held at both rinks, from 3 to 5 p.m. Mondays and 8 to 9:30 p.m. Wednesdays. Ice skating and hockey programs are also available at both rinks for ages 3 and older, including a free Give Hockey a Shot! children’s program that teaches them the basics of the game.

The South Park Ice Skating Rink features an NHL-size rink and a skate trail. It is located at 30 Corrigan Drive, Bethel Park.

For more information on the rinks at North Park and South Park, visit the website. You may also follow Allegheny County Parks on Facebook for special announcements and closures.