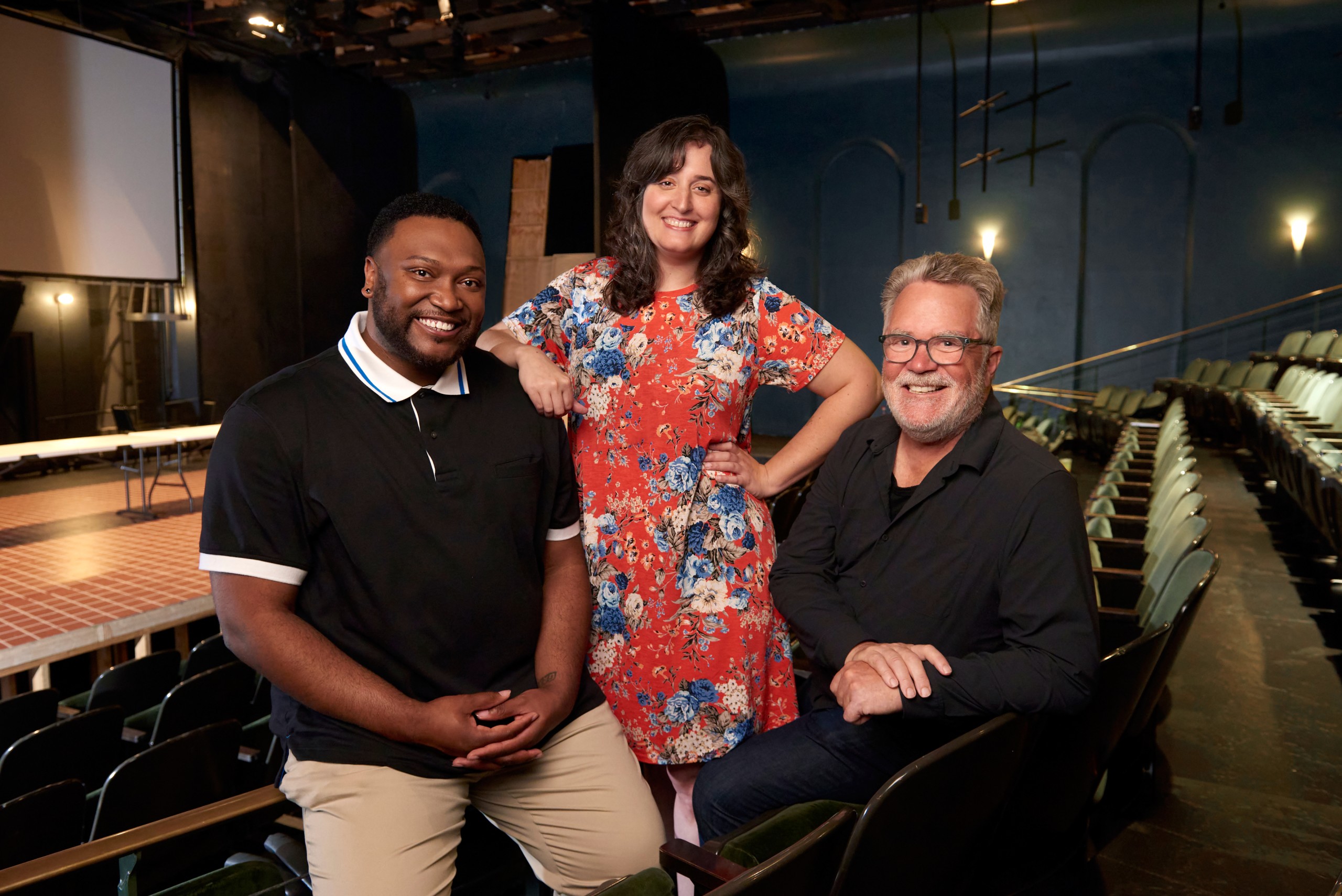 Less than a month after George Floyd was murdered in May 2020, a national collective of theatermakers issued a manifesto entitled “We See You White American Theater” that demanded new principles to build anti-racist theater systems across the country.

In particular, it called for more diversity in the top leadership. The 47-year-old City Theatre, a company on the South Side that embraces new play development, has put this into practice. In August 2021, Monteze Freeland and Clare Drobot joined Marc Masterson as three equal co-artistic directors in what has become the hot leadership model for American theater.

What George Lucas was to “Star Wars” or Elon Musk is to Tesla, so it has been with the theatrical artistic director: an individual who is the face of the company and the engine that drives the machine.

Traditionally, artistic director has been a one-person, multitasking job that requires, among other responsibilities, programming shows, hiring staff and satisfying a board of directors, while also exciting donors, sponsors and the ticket-buying public.

Collaborative theater-making is not exactly new — it takes a village to put on a show. But shared leadership at the very top is in its infancy — in Pittsburgh theater, City’s trio is a one and only.

“The ultimate goal of this restructuring is to adapt and evolve the traditional hierarchy within the professional theater and ensure a greater multitude of voices and perspectives are empowered in season programming and mission execution,” City board president Alex Condron stated when the team was announced.

Working with managing director James McNeel, the trio is charged with “living out our vision and values,” Condron concluded.

For the past year, City has put this new model in practice in a way that has their peers taking notice. While other companies have co-artistic leaders by title, most have had clearly defined roles at the outset.

With less than a year under their belts as co-equals, Masterson, Drobot and Freeland, along with McNeel, were front and center on a panel at the Theatre Communications Group’s national conference. The gathering was attended by more than 500 theatermakers nationwide, at The Westin Pittsburgh, Downtown, in June. The hybrid in-person/online conference had more than 800 eyes on Pittsburgh.

The title of one particular panel was a grabber: “How’s that Shared Artistic Leadership Thing Going Anyway?” One question for the panel members, “Are you documenting this so we can all see how you are making it work?” came from a member of Detroit Public Theatre, which has three producing artistic directors, but each with a different role.

The Detroit company and others are now looking to City Theatre to see how their newfangled cohort works.

What This Means to Theatergoers

The public faces of theater companies have been in flux since the murder of George Floyd and the Black Lives Matter movement — as has been the case with many organizations nationwide.

In Pittsburgh, we have seen progressive changes in arts leadership that reflect calls for BIPOC representation at the top (for example, jazz trumpeter Byron Stripling succeeding Marvin Hamlisch with the PSO Pops). At the city’s renowned university programs, Garfield Lemonius heads Point Park’s Conservatory of Performing Arts, and Robert Ramirez is newly arrived at the century-old Carnegie Mellon School of Drama.

With the elevation of Freeland, a producer and arguably the most in-demand actor/director in the region, City Theatre is Pittsburgh’s only theater that is not expressly a BIPOC company to have a Black leader.

Add Drobot, Masterson and McNeel in the mix, and the group reflects a range of diversity and experience that would seem to meet the times — although it is too soon to tell how the grouping may affect what we see at the South Side theater.

However, the diversity of the shared leadership group would seem to fulfill, at least in part, one of the demands set forth by We See You White American Theater:

Not by coincidence, the spark for City’s collaborative leadership model was born out of succession planning.

To create their own structure, committee members approached five ensembles and other companies about existing multi-headed leadership models.

“Roles and responsibilities tend to shift in the American theater,” Masterson says. “Not just executive leadership. Jobs tend to grow up around the people and their skill sets.”

In other words, although their titles are the same, no one among the trio is relinquishing what makes them valuable as leaders in the first place.

“As director of new play development, Clare was very involved in community work, and that continued when she became associate artistic director,” McNeel says. “Marc is a strategic thinker, and Monteze has great influence, working within the local artist community … We will not rotate those things just for the sake of it.”

Drobot, a Carnegie Mellon alumna, was director of new play development at City Theatre when she was thrust into a co-leadership role after the sudden exit of former artistic director Tracy Brigden in 2017.

Point Park University alum Freeland came on board originally as an associate producer, bringing with him his skills as a teaching artist, actor, playwright and director who has worked throughout the Pittsburgh theater community. 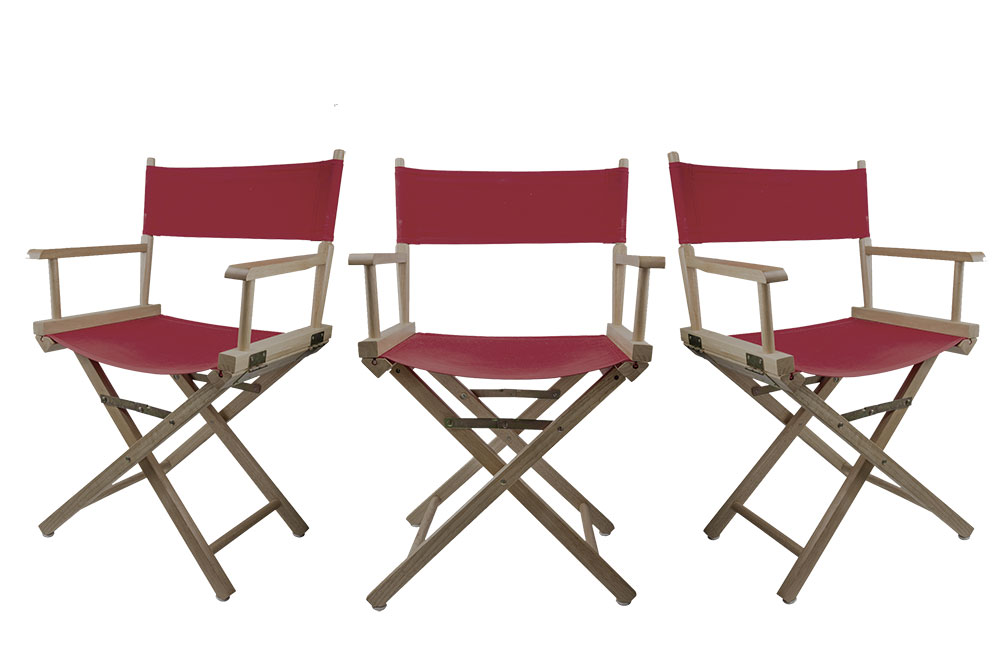 The next question — perhaps the first, in the minds of many — is: How do you elevate two people to higher-earning jobs without blowing the budget through the roof?

McNeel says that Masterson has given up a portion of his salary, and the co-artistic directors are at equal pay. Although the company has not bounced back to pre-COVID audience numbers and City Theatre did not meet its projected ticket sales, funding from federal arts relief grants covered much of the deficit, “so it was close to a break-even season,” McNeel says.

On the artistic side, Masterson, who had planned the previous season, acted as the lead AD. “Lead” means the overview person, who, for example, attends regular meetings with McNeel, director of development Dianne Dursma and others, and keeps others who are busy with production responsibilities informed.

Next season, Drobot takes the lead, while, among other duties, Freeland will direct the opening play, 2022 Tony Award nominee “Clyde’s,” by Pulitzer Prize winner Lynn Nottage.

“I think at the beginning we were erring on the side of being overly communicative and transparent, and then we came to understand that that was a little too large for our staff to do on a continuous basis,” Freeland says. “And so it felt better to allow each of us to be point people for certain productions.”

The three artistic directors talked about their common title while gathered in the lobby of the recently expanded lobby in City’s Mainstage building. A new sign on the blackbox theater next door heralded its name change to the Lillie, after the late Vernell Lillie, a pioneer of Black theater in Pittsburgh and a mentor and colleague to Freeland and Masterson.

It becomes obvious as the trio is questioned about being co-equals that it isn’t always easy to let go of what you once had or jump in where you are newly invited. But they are committed to making it work. When Masterson returned as the face of the theater in 2018, he brought with him a local legacy, national connections and decades of making key decisions on his own.

“I don’t want to emphasize this, but, in my experience, there is an aspect to artistic leadership, which sometimes is about taking a risk on something that you individually firmly believe in. And that’s harder, I think — not impossible, but harder — in a collaborative model,” Masterson says.

“What you really have to do is to be able to explain your instinct in terms that people can buy into, even if you don’t know all the answers. And that’s hard when it comes to accepting risk, because when it’s all on your shoulders, you carry that risk; you are the person who is responsible for having taken that risk, for better or for worse, and I think that’s an important aspect of making art.”

Freeland agrees, saying the risk factor is especially true at a new-play theater “when you’re also trying to rebuild an audience after two really hard years.”

As City Theatre walks a path to the future, its leaders are ever mindful of core values that include diversity, inclusion and equity, with the We See You manifesto as “something we continue to look to, for inspiration as well as accountability,” Drobot says.

“This,” he said, seated alongside Drobot and Freeland, “is a demonstration of that, in practice, in real time.”

Sharon Eberson is the former theater critic of the Pittsburgh Post-Gazette. She now writes for onStage Pittsburgh.

This article appears in the October 2022 issue of Pittsburgh Magazine.
Categories: Arts & Entertainment, From the Magazine