Using spinal cord stimulators, researchers are testing to see what can be duplicated in a prosthetic limb. 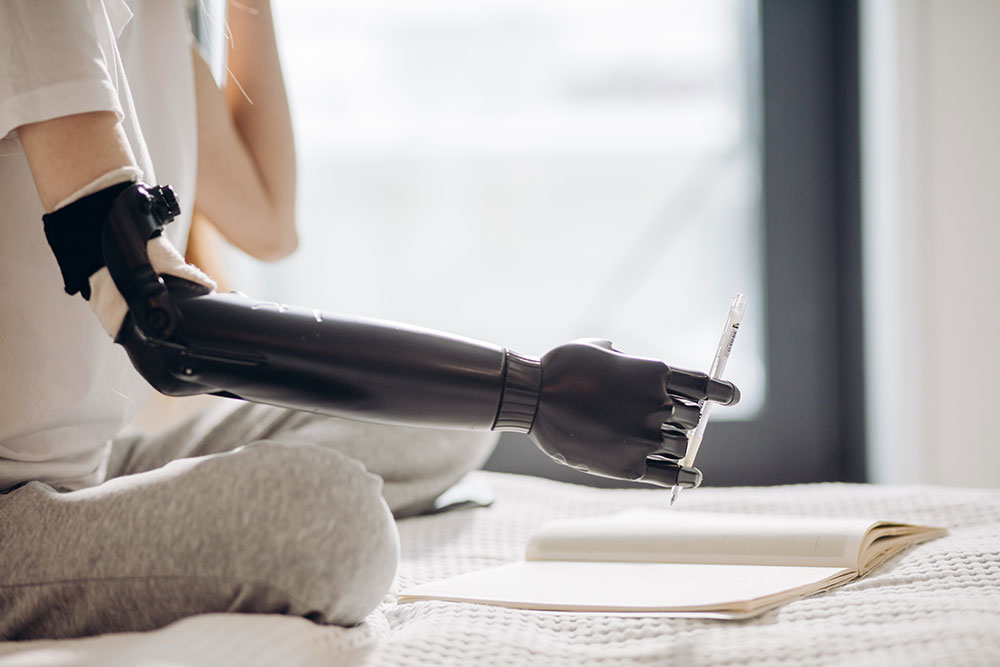 Being able to touch and feel the world around us is a thing we take for granted, but we can all agree life would be very different without it.

Dr. Lee Fisher, an assistant professor of physical medicine and rehabilitation at the University of Pittsburgh School of Medicine, has been the lead researcher in a project to advance simulating feeling in prosthetics through the use of spinal cord stimulators.

“The activities that we do every day with our hands, require sensory feedback,” Lee says. “And so without that sensory feedback, people often report that [prosthetic limbs] feel like a tool rather than a replacement for their hand.”

Lee says what sets his research apart from others, is that the technology to simulate sensations is already available with spinal cord electrodes, which are used to treat pain in around 50,000 people per year.

“The technology is really well understood,” he says. “The surgeries and the safety profiles of the devices are really well understood. Essentially what we’ve done is we’ve demonstrated that using a device as common as that, we’re able to produce sensations that feel like they come through.”

Lee says testing is still in the beginning stages and one of the biggest limitations is that the devices require an external electrical stimulator.

“We’re working on some things right now to build a next generation of stimulators that are more capable and can do the things that we need,” he says. “As soon as we detect that a prosthetic limb is touching an object, we need to be able to very quickly turn stimulation on so that the person feels a sensation in their fingers.”

Lee says participants in early tests reported feeling a buzzing, electrical stimulation. In the future, he hopes that more natural sensations, such as pressure, will be able to be simulated.