UPMC Breaks Ground on the Largest Hospital in Pittsburgh History 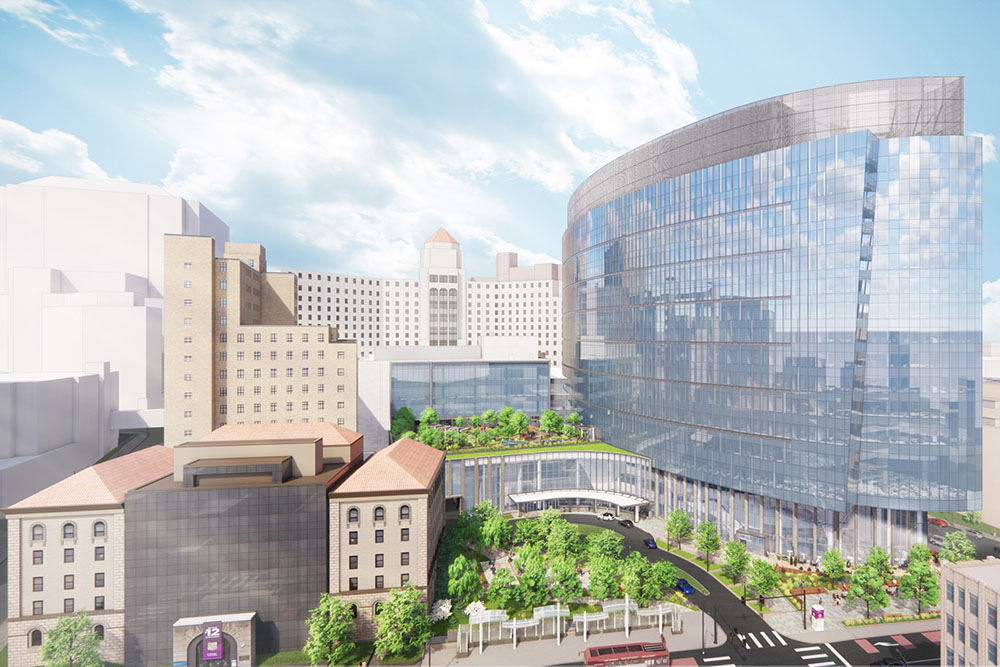 You may soon notice some construction in Oakland — more than usual, that is.

UPMC just broke ground on a new $1.5 billion UPMC Presbytarian hospital project along Fifth Avenue and DeSoto Street, located in front of and connected to the current UPMC Presby. The new 17-story, 636-bed institution will be the largest hospital in Pittsburgh’s history, and the largest health care construction project in Pennsylvania.

In a press release, the health care giant said the new Presby tower will house private patient rooms and “premier people-focused clinical facilities” where teams of physicians and scientists will deliver specialty care including transplants, cardiology and cardiac surgery and neurology and neurosurgery.

“This new building — the largest health care building in Pittsburgh’s history — will serve the community for generations to come by dramatically changing the landscape of the Oakland neighborhood, Pittsburgh and Allegheny County,” UPMC’s president and chief executive officer Leslie C. Davis said in a statement. “But it’s so much more than a building. It’s the beating heart of life-changing medicine — something only UPMC can deliver locally, regionally and globally.”

The current UPMC Presbyterian hospital was built more than a century ago, in 1893. It was UPMC’s flagship hospital — the first installment of what would eventually become a massive hospital system spanning 29 counties. It will be converted into offices and clinical space after the new facility officially opens.

The new Presbyterian is also being touted as the “most transformative construction project in the history of UPMC,” and a space “where patients with the most complex conditions will receive life-saving care.”

It marks the second of three buildings that UPMC announced it would construct back in November 2017; in March 2019, it broke ground on its Mercy Pavilion in Uptown — a nine-floor hospital addition that will provide vision and rehabilitation care. The third and final building will be a new cancer facility in Shadyside, but UPMC has yet to announce when work on that project will begin.

Scheduled for completion in 2026, the new Presby tower will create an estimated 3,400 construction jobs over the next four years and offer “significant opportunities” for minority- and women-owned businesses, UPMC said. It will also meet or exceed green building standards, with a facade made of energy efficient patterned glass.

Almost ¼ of the hospital rooms will also be able to convert into intensive care rooms, allowing patients to transition through their care in the same space. This will limit  the amount of times patients need to transfer from  unit to unit as they heal. The space will also offer a gym and a 50-space parking garage.

Check out some renderings of the project below: