University of Pittsburgh Chancellor to Step Down in 2023

Patrick Gallagher has been the university’s chancellor for nine years. 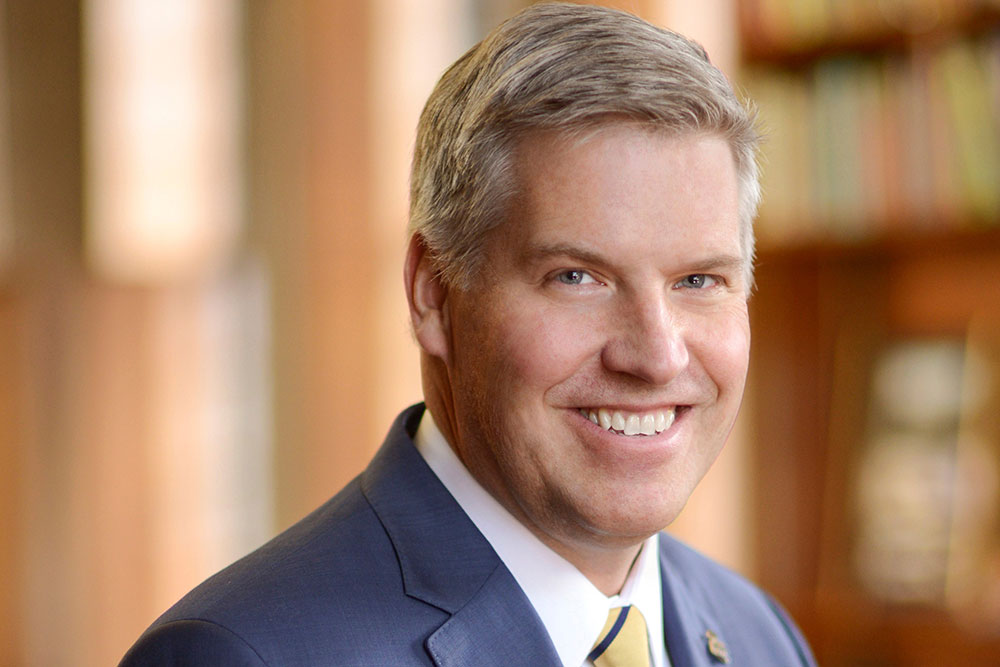 There will be a change at the top of the  University of Pittsburgh by the summer of 2023.

Pitt officials have announced that Chancellor Patrick Gallagher will step down from his position in the summer of 2023. Gallagher joined the university as its 18th chancellor in 2014, succeeding Mark Nordenberg. He plans to remain at Pitt as a full-time faculty member in the Dietrich Schools of Arts and Sciences’ Department of Physics and Astronomy, the student-run Pitt News reports. He holds a doctorate in physics from Pitt.

The university’s Board of Trustees will soon kick off a national search for the next chancellor — a position that they expect to fill before Gallagher leaves next summer.

In his time atop the largest university in Western Pennsylvania, Gallagher oversaw the creation of the first new school at Pitt in 20 years, ballooning enrollment on the main campus and a marked increase in the school’s endowment, which brought its total to a whopping $5.6 billion.

But his time as chancellor was not without its fair share of lows; he led the university through a pandemic that brought Pitt to a standstill in 2020 and through two tumultuous U.S. election cycles that contributed to widespread unrest.

In a statement sent out to students, Gallagher expressed pride for both his time at the university and its multitude of accomplishments during his tenure.

“Serving as chancellor at one of the greatest public research universities in the nation is deeply fulfilling and rewarding,” Gallagher wrote. “I am very proud of where Pitt is today, and I think the university is well positioned for a new leader to take the helm and thrive.”

Local officials also commended Gallagher’s accomplishments. In a statement this morning, Allegheny County Executive Rich Fitzgerald called Gallagher a “tremendous leader” of not only Pitt but also of the region as a whole.

“In addition to being a great academic institution, Pitt has been an economic generator because of its work to develop technologies and grow them here, an effort that Chancellor Gallagher has championed,” Fitzgerald said.

He added that the work of the university has contributed to Allegheny County’s growing population, particularly among 25-34-year-olds.

“Chancellor Gallagher will leave a huge void when he departs, and his successor will have big shoes to fill,” Fitzgerald said. “I’m positive that he will continue to contribute to the betterment of Pittsburgh.”