The much-anticipated Japanese pub from Tamari's Roger Li and Round Corner Cantina's Derek Burnell will serve food and drink deep into the night. 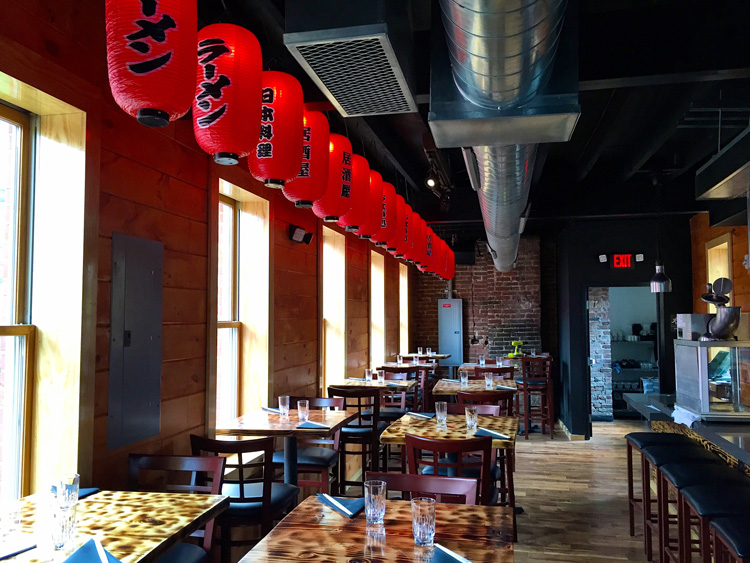 Umami, the much-anticipated izakaya from Roger Li and Derek Burnell, is now open in Lower Lawrenceville. Li first announced the location — above Burnell’s Round Corner Cantina on Butler St. —  over a year ago, though he says that he started planning his restaurant concept in early 2014.

“Everything fell through. Eclipse (an alternative location) fell through. Investors fell through. There were plenty of delays and obstacles once we started working in this space, too,” he says.

Li spent the last year teasing Pittsburghers with line-out-the-door-popular pop-ups while he fought through the delays. 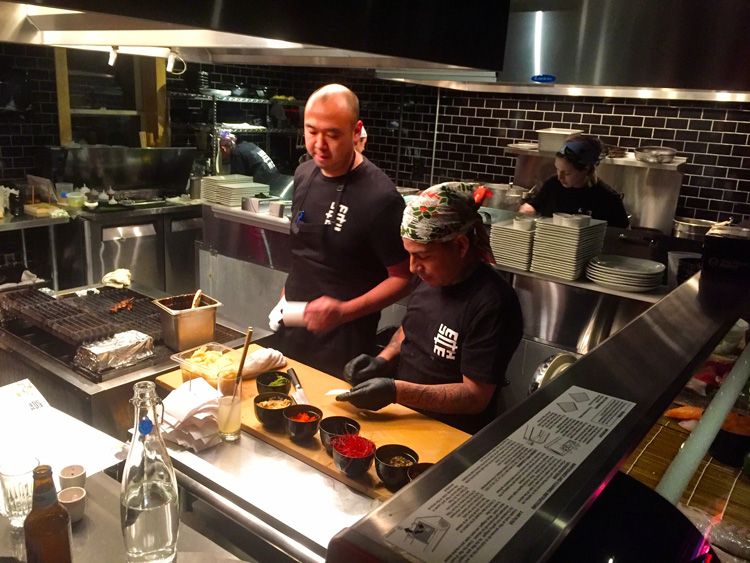 If you’re unfamiliar with the concept of izakaya, think of it as the Japanese equivalent to a really fun neighborhood pub: there’s crushable, inexpensive, but also well-prepared food that’s meant to go hand-in-hand with a good drink or two.

“After going to Japan many times and seeing the culture of street food and bar food that they have there, I decided I wanted to replicate that here. It’s never been done in Pittsburgh in the right way,” says Li, who from 2008-2015 was the executive chef of the now-closed Tamari. Umami marks a return to his culinary roots; before moving to Pittsburgh in 2005, Li was a sushi chef at Morimoto restaurant in Philadelphia. 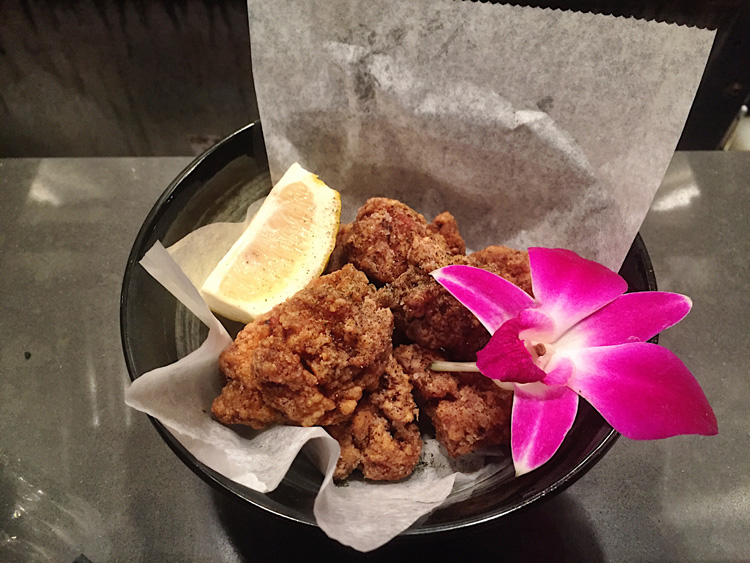 The menu is pure Japanese pub grub. At the heart of the menu is robatayaki: skewers of pork belly, shiitake mushroom, chicken hearts, chicken skin and other delights that are cooked over a small charcoal grill. There also is a small-plate menu with dishes such as chawanmushi (savory egg custard), nasu shigiyaki (pan-fried Japanese eggplant with ground chicken), house-made tofu, plus a variety of ramen and soba noodles. Li’s curated sushi and sashimi list will often be updated from a rotating selection of fish.

There were a few standout items when I visited on opening night. Karaage (Japanese-style fried chicken) was a huge hit with my group, with one friend exclaiming that it was “chicken nuggets for grownups,” and another thrilled that “it comes with gravy!” I enjoyed the savory pork gyoza and have a feeling that the takoyaki (grilled octopus balls with bonito flakes and Kewpie mayonnaise) are going to become a go-to bar snack for me. I found the quality of the fish Li is using for his sushi to be quite good, though I do hope he’ll hone in on the rice, which was too soggy and mushy.

Burnell’s bar menu features bottles of sake, a largely-Japanese beer list and a surprisingly decent selection of wines. There’s also a short cocktail list with drinks spiked with Japanese-flavor; I’m going to have to have a few more of these to tell if the bar staff will keep up with a rather daunting challenge of blending less-familiar ingredients into delightful cocktails. 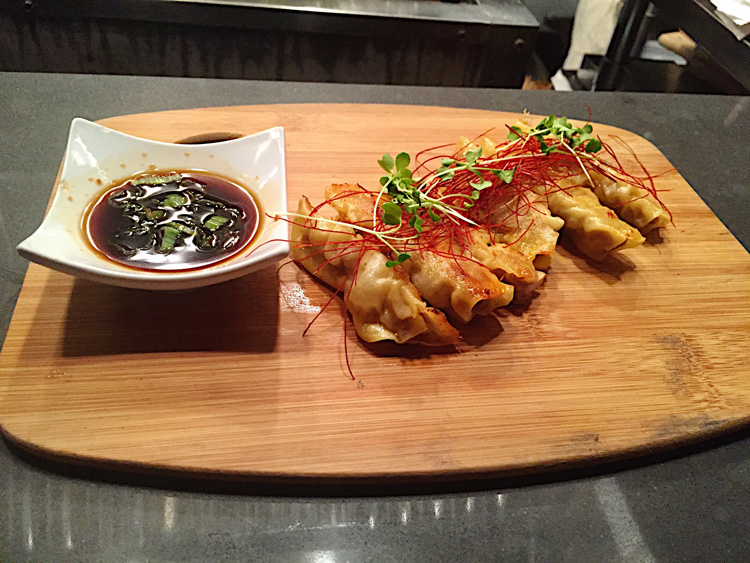 Li’s right, we currently don’t have anything like this in Pittsburgh. From menu to design, Umami is a concept that, while not revolutionary elsewhere, is entirely fresh to our city. I expect it's going to be a terrific addition to Pittsburgh’s slowly developing gastronomic nightlife culture. Case in point: Li plans to serve food until midnight Tuesday through Thursdays and until 2 a.m. on Fridays and Saturday.