Crumb, from the founder of Relish, starts a month-long residency on Saturday. Ba-Co begins a year-long lease in January. 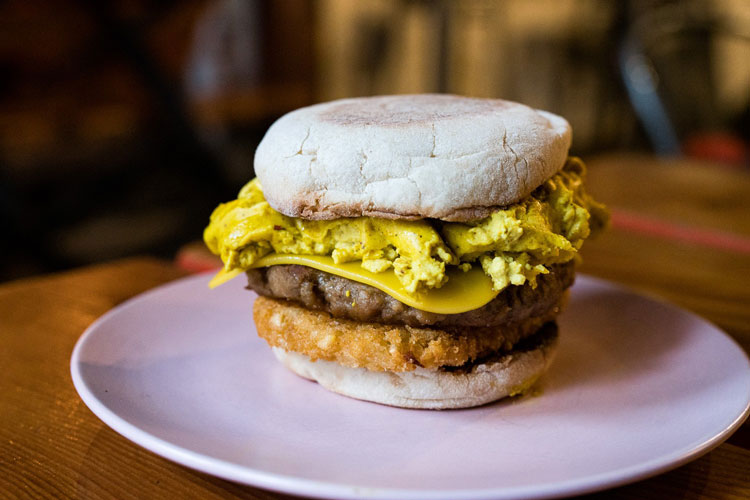 Abbigail Marie Hansel founded Relish in 2016 to offer vegan doughnuts to a city where it was challenging to find dairy- and egg-free versions of the pillowy, fried treats. Hansel gradually expanded her menu to include both sweet and savory items for sale at pop-ups and at various locations around town. In late 2017, Relish moved to what was meant to be a permanent location in Bloomfield. That space didn’t prove sustainable, however. Despite a successful Kickstarter campaign that raised more than $11,000, building issues forced closure in Oct. 2018.

Hansel since has worked with Joey Hilty as a pastry chef at Joey’s in Smallman Galley in the Strip District. With Hilty’s departure this week, Hansel will launch Crumb, a month-long pop-up in the stall. “It’s a good opportunity for a test run. An all-vegan concept hasn’t happened here yet,” she says. 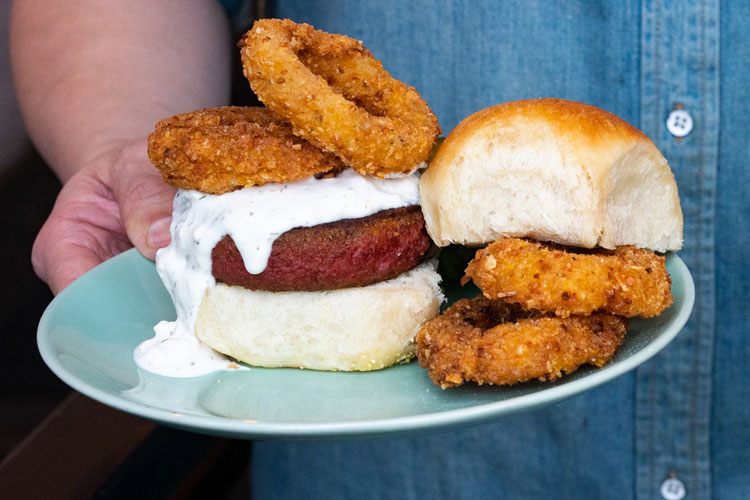 Hansel’s menu has three burger builds, all of which are built on a Beyond Burger plant-based patty, as well as herb-crusted seitan wings and a “shrimp” po-boy made with an algae-kelp base. There is a can’t-miss side dish of triple-breaded onion rings served with a tangy vinegar- and soy-based dipping sauce (the rings play a starring role on the tasty Blue Moon burger, too). Her brunch menu includes a breakfast sandwich with meatless sausage and eggs, biscuits and gravy and a short stack of pancakes. Hansel says she plans on devoting half the counter space to a pastry case.

"I like sharing vegan food with non-vegans. If you're lactose-intolerant or have food allergies, you can eat a lot of this food,” she says. “It’s sneakily delicious.” 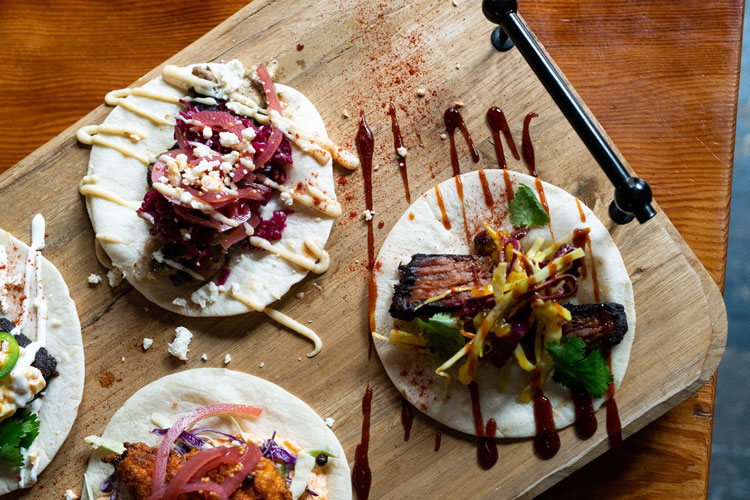 Once Hansel’s run is up at the end of the year, Tim Dominick will launch Ba-Co, a street taco concept with a southern barbeque twist, in the same stall. "I always loved barbeque, but the way it's usually presented is very segmented. I wanted something that would combine those flavors with some Latin techniques,” he says.

Dominick grew up in Pittsburgh and attended culinary school at Le Cordon Bleu prior to enlisting in the United States Marine Corps. He was stationed for nearly five years at a base in Twentynine Palms, Ca. and it was there that he began to immerse himself in the flavors of Mexican street food. He says the culinary style resonated with him; it’s quick to serve and eaten with your hands, yet complex and layered in flavor.

After leaving the Marine Corps., Dominick used the GI Bill to enlist in college, studying marine biology. He also became a master scuba diver and a talented illustrator. But, he says, the pull of the kitchen was always present and he eventually moved to Florida to work in the kitchen of Ditka’s. “Cooking is my passion, but I need to do those other things, too. They all help with the creative process,” he says.

The posting at Ditka’s eventually drew him back to Pittsburgh, where he worked as a team leader at the steak-and-seafood restaurant’s Robinson location. Dominick also held positions at the Duquesne Club, Nemacolin Woodlands Resort and The Commoner prior to joining Smallman Galley.

"I'm rounding out the flavor profiles. I want to do something that stands out a bit and make my own mark,” he says.