The executive chef and co-owner of Legume and Butterjoint will open Pie for Breakfast late this year. 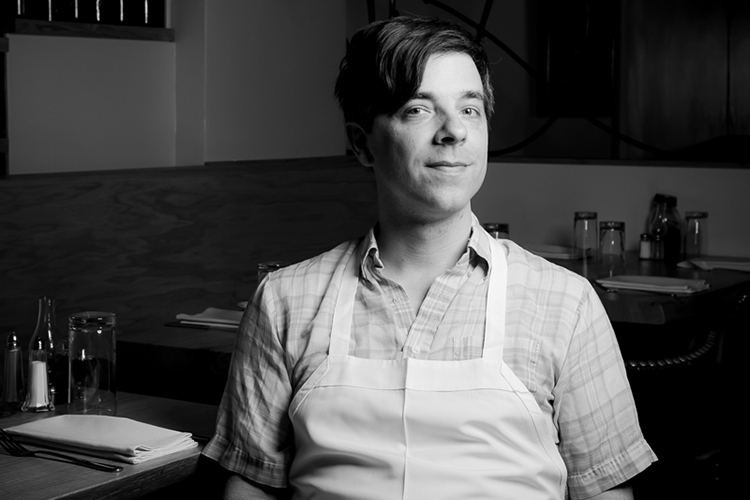 Trevett Hooper, executive chef and co-owner of Legume and Butterjoint in Oakland is ready to expand his Good Faith Restaurant Group, which he owns with his wife, Sarah. Later this year they’ll launch a new concept, Pie For Breakfast.

Hooper’s original plan was to open Dacha, the much-anticipated eastern European restaurant inspired by the trip he took last year to Hungary, Poland and Russia (disclosure: I was on the Hungry leg of that trip). However, he felt that the Dacha is site-specific, and the concept wouldn’t work in the available space, which is located next to Butterjoint.

In the initial planning stages, Hooper thought that Pie for Breakfast might become a high-end neighborhood diner. “I’ve always loved cooking breakfast. Whenever I worked breakfast as a young cook, it was my favorite shift. Some of my happiest memories in the kitchen are working in little neighborhood cafes. The vibe of seeing regulars, that social component that you get in a neighborhood place,” he says.

However, he felt like that specific nomenclature might be too constraining. “When I mentioned the idea to people, they each had very clear ideas of what they thought a diner should have. Café is a better word. It’s a little more open-ended,” he says.

Breakfast will be a focal point of the Pie for Breakfast café. Hooper says that the menu will be centered around local, organic grains such as buckwheat, locally-raised pork, dairy, eggs, and also fermented items such as kefir. There will, of course, be homemade pie. All of those items will be available until 3 p.m., and then in the late-morning, a light lunch menu also will be served. Hooper is looking to the American south for the dinner menu; diners can expect a “meat-and-three” style of service centered around a primary protein and a choice of 3 vegetable or starch side dishes.

Hooper will use his new economy of scale to keep the Legume ethos at Pie for Breakfast, but set the menu at a lower price-point. He’ll also be able to offer dishes that wouldn’t work at Legume. For example, the trim from the Jubilee Hilltop Ranch beef primals used at Legume could turn into meatballs for a spaghetti and meatballs dish at Pie for Breakfast. “Because we’re so close to Legume and we can share so many resources and since we already have a great network of suppliers, I really think we can accomplish this. It would be much harder to do in a standalone restaurant,” he says.

The space still is raw, and Hooper plans on crowdfunding most of the build-out. He’s still working on the specifics of how he’ll do that. “We’ve never had a bank loan or a major investor. It’s been a very organic process how we’ve grown our business. We’d rather have a lot of little investors who are invested in the vision in the restaurant If we have a lot of little investors who like what we do we can stay true to the vision,” he says.

Hooper anticipates that Pie for Breakfast will open late fall or early winter 2016.