Top 10 Things to Do in Pittsburgh in September

Your 10 best bets for this month include Brews in the Park, Bubble Boy: The Musical and the Pittsburgh Mac and Cheese Festival. 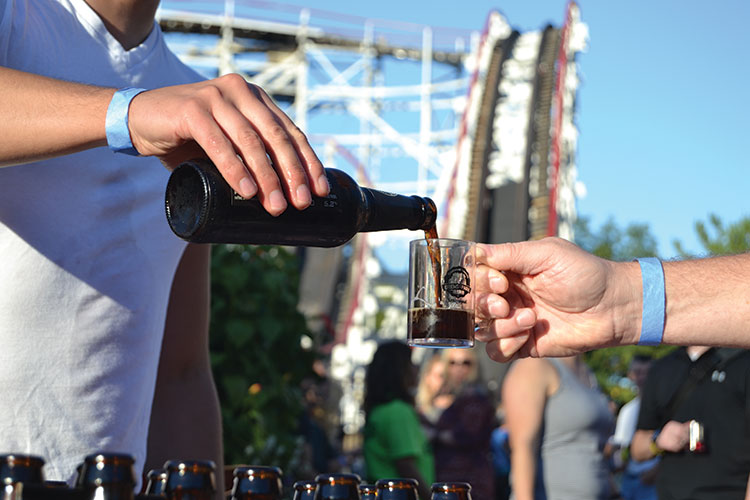 Sept. 21
Brews in the Park
Walk among the coasters while sipping on more than 100 beer samples at Kennywood’s Brews in the Park. Although the rides won’t be in operation during the festival (a large quantity of beer and roller coasters do not mix), the event is a chance to enjoy craft beer, food trucks and live music in a one-of-a-kind setting.
WEST MIFFLIN: 4800 Kennywood Blvd.; 412/461-0500, kennywood.com 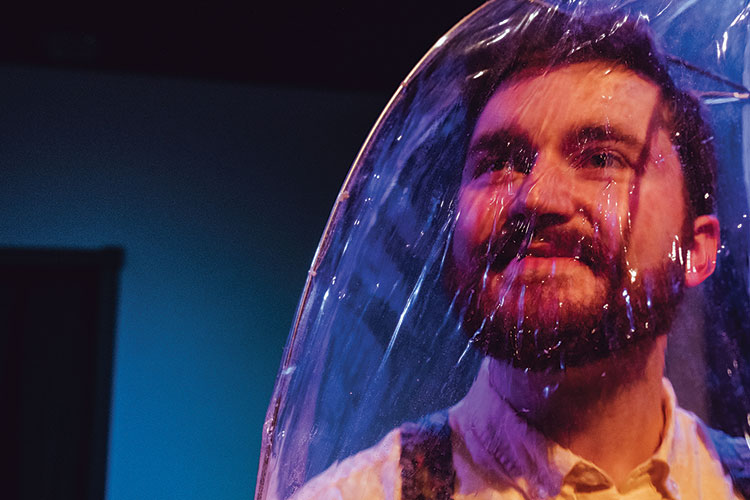 Sept. 5-21
Bubble Boy: The Musical
Arcade Comedy Theater may be best known for its comedy festival and improv shows, but this month, the organization is venturing into new territory with its first-ever full-length musical. Based on the 2001 comedy film starring Jake Gyllenhaal, “Bubble Boy: The Musical” follows the cross-country adventure of a boy in a bubble trying to find love.
DOWNTOWN: 943 Liberty Ave.
412/339-0608, arcadecomedytheater.com

Sept. 6-7
Ukrainian Food Festival
This one speaks for itself. Have you ever eaten food from a church food festival? If you have, you know what I mean. If you haven’t, you need to make your way to Saints Peter and Paul Orthodox Church to try dishes such as pierogies, stuffed cabbage and borscht. Church tours and entertainment will also be available, but the food is the real draw.
CARNEGIE: 220 Mansfield Blvd.
412/527-5359, orthodoxcarnegie.org

Sept. 7
Steeltown Shakedown
If it was created later than 1984, you won’t find it at Steeltown Shakedown, a showcase of hot rods, bikes, trucks and more, all manufactured pre-’84. Held at the Carrie Furnace, the event also features food, vendors, tours of the furnace and the chance to create a souvenir by pouring liquid aluminum into a mold of your own creation.
SWISSVALE: Carrie Furnaces Boulevard, riversofsteel.com

Sept. 7
Heritage Fest at Allegheny Cemetery
To celebrate its 175th birthday, the Allegheny Cemetery will host its first ever Heritage Fest, a free music and heritage festival with food trucks, live music, face painting and a petting zoo. But all activities aside, this is a birthday party in a cemetery, people.
LAWRENCEVILLE: 4734 Butler St.
412/682-1624, alleghenycemetery.com 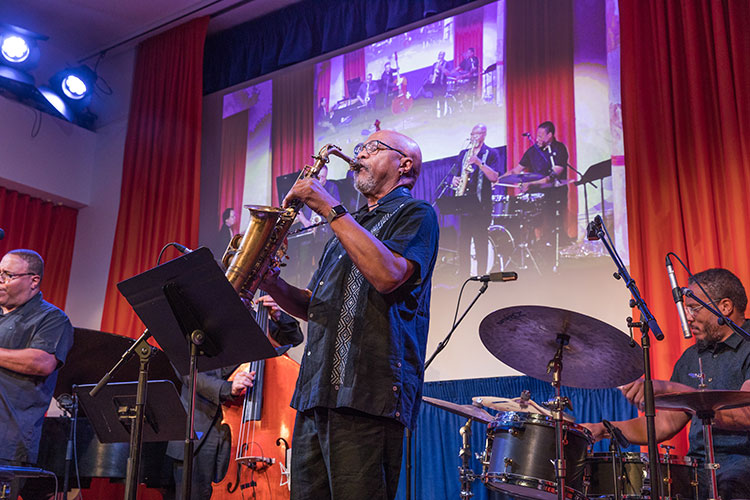 Sept. 7-28
Jazz Poetry Festival
Spread across eight evenings throughout the month, City of Asylum’s Jazz Poetry Festival features jazz concerts and original jazz-poetry collaborations held by artists from all over the world. Nine free concerts are scheduled, each consisting of a jazz ensemble, local and national poets and a collaboration between the musicians and the writers.
NORTH SHORE: 40 W. North Ave.
412/435-1110, alphabetcity.org

Sept. 14
Backstreet Boys
Be still, my second grade, boy band-loving heart. The Backstreet Boys are back (alright!), and ’90s fans across the city are putting old posters on their walls in preparation. The boys, who should definitely be called men now, bring their DNA World Tour to PPG Paints Arena — and definitely will perform some of their classic hits in addition to music from their new album.
UPTOWN: 1001 Fifth Ave.
412/642-1800, ppgpaintsarena.com 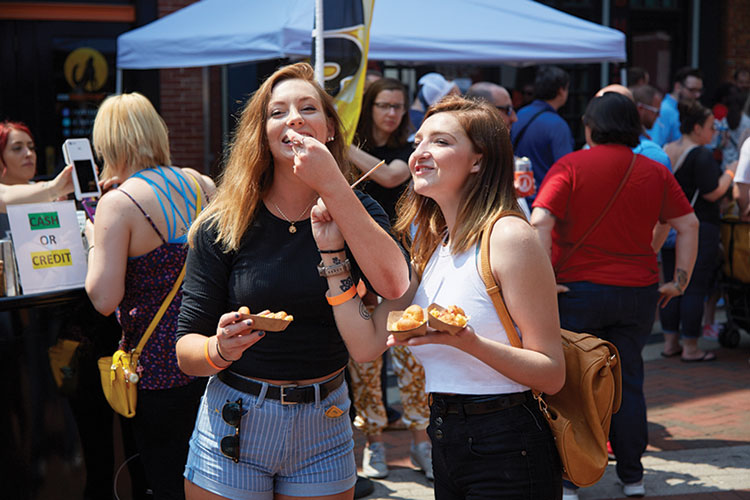 Sept. 21
Pittsburgh Mac and Cheese Festival
I could make all kinds of cheesy puns about this festival — but I promise that will be my only one. Celebrate all things mac and cheese at Highmark Stadium this month with more than 30 types of dairy-covered noodles, craft beers, wines and ciders, live bands and a chance to vote for what you think is the ’Burgh’s best mac and cheese.
STATION SQUARE:  510 West Station Square Drive
macandcheesefestival.com/pittsburgh 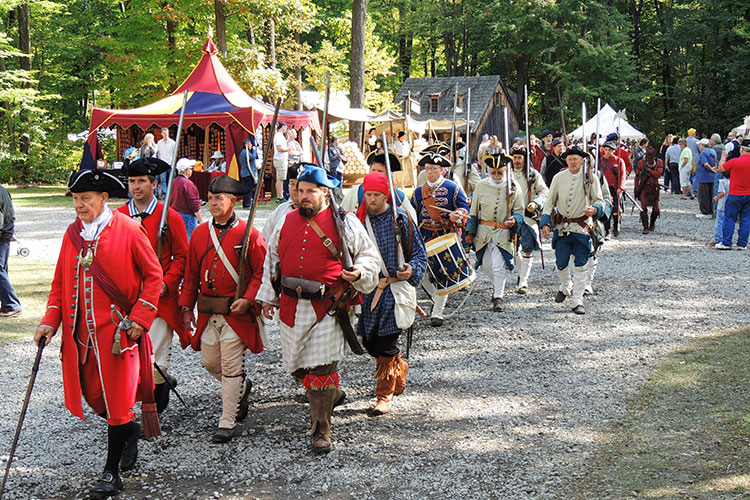 Sept. 21-29
Penn’s Colony Festival
Calling all history buffs: the Penn’s Colony Festival, a festival with a focus on the French and Indian War era, is being held during two weekends this month. This year’s festival, a tradition that dates back for 30 years, will feature more than 185 costumed artisans such as potters and blacksmiths selling their wares alongside period performers.
SAXONBURG: 365 Saxonburg Blvd.
724/352-9922, pennscolony.com

This article appears in the September 2019 issue of Pittsburgh Magazine.
Categories: From the Magazine, Hot Reads, Things To Do