You can guarantee the choicest picks of the harvest with a little late-winter advance planning. 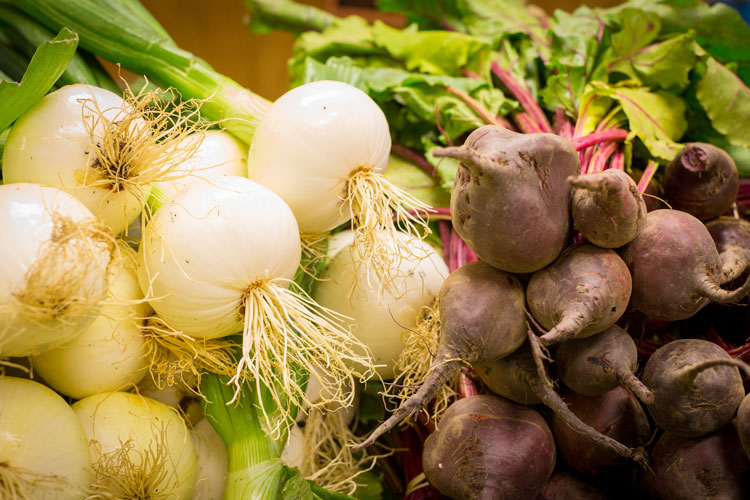 I’m dreaming of springtime. I’m dreaming of produce picked warm, right off the plant. But I’m looking at my snow-covered yard, and the notion that it eventually will be booming with fruits and vegetables seems so distant. Local farmers, however, know better. They already are planning what they’re going to harvest in August.

“It certainly still is winter. People aren’t thinking about spring and harvest, but this is the time of year farmers are starting to make investments by buying seeds and hiring labor,” says Simon Huntley, founder and lead developer of Small Farm Central.

Huntley, who grew up on a small farm in southwestern Pennsylvania, founded Small Farm Central in 2006 as a way to help farmers use technology to better connect with their customers. The company currently serves about 1,000 farms, farm markets and other local food businesses.

Planning for the future is important for farmers’ finances that Small Farm Central has declared Feb. 28 as National CSA Sign-Up Day as a means of encouraging customers to subscribe to a CSA for the season. That date is, according to a report Huntley commissioned last year, the day when more people sign up for a CSA than any other day.

For those unfamiliar with the CSA model: You sign on with a farm before the growing season starts, paying either an upfront fee or part of a payment. Then, at regular intervals (usually weekly, sometimes bi-weekly), you pick up a box of height-of-season produce at the predetermined location.

“It’s the most authentic connection between farms and customers available. There are a lot of ways now to get local food, but with a CSA, 100 percent of that money is going to the farm. This allows the farmer to plan ahead and focus on farming,” Huntley says.

Plus, farmers tend to reserve their best picks — as well as small-batch selections — for their CSA customers.

Local farms participating in CSA Sign-Up Day include One Woman Farm, Penn’s Corner Farm Alliance, Who Cooks For You Farm and Art King’s Harvest Valley Farm. Most farmers are offering a price-break incentive if you sign up on the 28th.

Find out the latest at csasignupday.com. 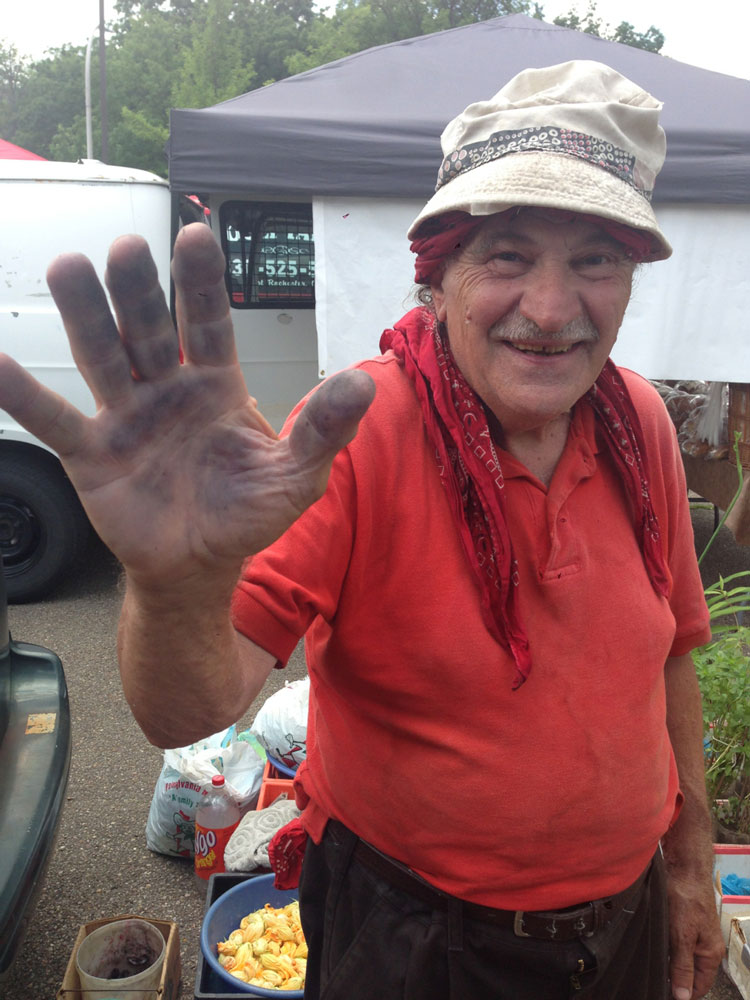 Urban farmer Aldo Sauro lost his house to a fire last week. Mr. Sauro is popularly known as “The Fig Guy,” famed for the luscious, Pittsburgh-grown figs he sells at the East Liberty and Bloomfield Citiparks farmers markets. Last August I wrote a story about Mr. Sauro’s later-life reconnection to his Italian farming roots in the Pittsburgh Post-Gazette.

I haven’t been able to speak directly with Mr. Sauro, but I learned this through an email conversation with his niece, Julie Gigliotti: “He is OK. Honestly, I think still in shock. It's really sad. He literally only has the clothes he was wearing that day. He is staying with his brother until everything gets sorted out.” 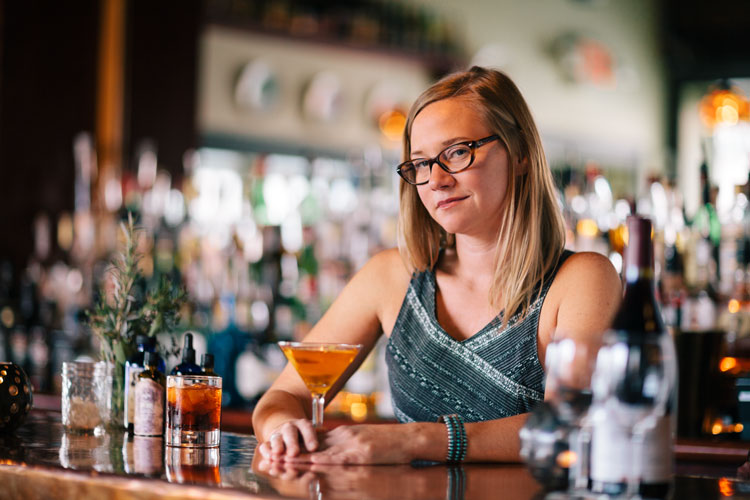 The Pittsburgh chapter of the United State Bartenders Guild is gearing up for series of events to support Variety’s “My Bike” program. Variety is a Wexford-based organization that, according to the website, “provides children with disabilities in Southwestern Pennsylvania with unique programs, experiences and equipment so they may live life to the fullest.”

The “My Bike” program funds the construction of custom-build adaptive bikes for children with disabilities. Those bikes give the kids the freedom to fly down the road with their friends and family.

The first USBG event will be a tip drive on March 4. Bartenders from around the city (see list below) will donate all of their tips that night to Variety. Future tip drives are scheduled for June and September. The USBG  also will host a No Menu Monday at Bar Marco on April 27. (I am a USBG member and will be cooking that night.)

“It's really just about the USBG giving back to our community. We support each other and share experiences within the USBG family all the time. It’s an awesome kind of goodness that we want to share with the Pittsburgh community as a whole,” says Bar Marco bartender and USBG charity coordinator Carrie Clayton (one of our 13 Bartenders You Should Know). 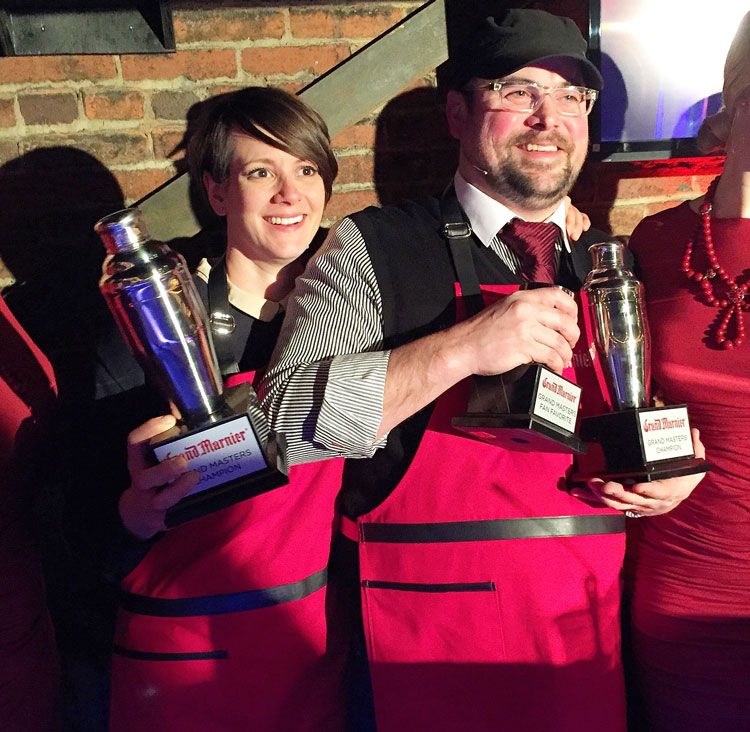 In other USBG news: Congratulations to Spencer Warren (Butcher and the Rye) and Amanda Dudzinski (Sienna Sulla Piazza) for winning the Pittsburgh/Ohio regional semi-final of the Grand Marnier Master Bartending Championship held last night at Il Tetto. The two bartenders will join winners from five other USBG regions for six-day road rally in France.